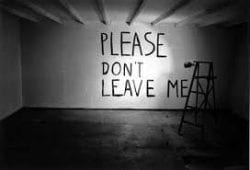 What do these texts suggest to you about the forces that inhibit or encourage an individual’s actions?

As humans, we rely on the support of father figures, to guide our raw aspirations into attainable dreams. These father figures play an integral role in encouraging an individual to strive for a procurable purpose, whilst challenging them to meet their potential and become successful. When an individual is abandoned by their father figures, they attempt to make up for the absence of a guiding presence by blurring the line between achievable and delusional dreams. These feelings of neglect and abandonment are forces that encourage an individual to strive for unreachable and delusional ambitions, in order to achieve the illusion of their approval .This is what happens to Willy Loman, in Arthur Miller’s modern play Death of a Salesman because he believes wholeheartedly in what he considers to be the promise of the American Dream; serves as a delusionary goal that cannot be achieved, despite tireless effort and sacrifices of familial responsibility and personal integrity. The absence of a father figure in Willy’s life prompts his desire to achieve the same delusional success that he imagined was achieved by Ben and his father. This delusional success that Willy strives for, is essentially his attempt to seek the approval of the father figures he looks up to:; Ben and his father. Miller portrays the idea that if an individual experiences the desertion of their father figure or figures, the feelings of abandonment become a significant force that encourages an individual to become determined in fulfilling an unattainable purpose. These aspirations are fabricated with the delusional image of their father figures; because they lack their real guidance and approval, but desire it to prove themselves. Gradually, achieving these aspirations becomes an obsessive desire that might encourage an individual to discard their personal integrity, and neglect their familial responsibilities.

When an individual is deprived of a father figure, they will develop feelings of abandonment, which is a force that encourages them to pursue an unobtainable aspiration, in their attempt to seek the illusion of their approval. Willy being abandoned by a reliant father figure is shown through his persistent questioning of both Ben and his father’s circumstances, during the first time that Ben appears in Willy’s memories. Willy says impatiently, “ Where is Dad? Didn’t you follow him? How did you get started?” (32). WIlly’s relentless questioning reinforces that his father, followed by Ben, deserted him and left him without any guidance or wisdom, which caused him to fabricate a false and delusional sense of purpose in order to substitute this obvious void. This false sense of purpose is illustrated in Willy’s attempts to attain the American Dream, despite the fact that it is an utterly unachievable ideal. The feelings of abandonment and neglect that arose from his father and Ben’s desertion clung to Willy, as he spent his entire life chasing an unrealistic ideal in the attempt to seek their approval. Because they are not present in his life, Willy fabricates an imaginative illusion of their approval, which essentially encourages his actions. This idea is exemplified through Willy’s plea to Ben to stay and offer his guidance. Longingly, Willy says, “Can’t you stay a few days? You’re just what I need, Ben, because I—I have a ﬁne position here, but I—well, Dad left when I was such a baby and I never had a chance to talk to him and I still feel—kind of temporary about myself.” To this Ben responds, “I’ll be late for my train.” (36)  In his life, Willy had two father figures; Ben and his father, who both deserted him and deprived him of the presence and guidance of a father figure.This memory shows how Willy is essentially needy for the presence of a father figure to guide him, and even more so needy, for their approval.  Ben spends his whole life in the quest for success, which inevitably reduces his presence in Willy’s life, which engenders feelings of abandonment. This is an integral force that encourages the desire within Willy to achieve the delusional aspirations of the American Dream, just to gain Ben’s approval. Since both his father and Ben are dead, achieving their approval is elusive;just like the American Dream itself.  An individual who is seamlessly abandoned by their father figure, is eventually fueled with the obsessive desire to reach their unrealistic aspirations, and reaffirm themselves in the eyes of their father figure.

An individual’s obsessive pursuit of unrealistic aspirations, is a force that encourages their actions that overlook their personal integrity. In other words, they are prompted to delude themselves, and others, whilst employing dishonesty. In Death of a Salesman, Willy Loman’s relentless pursuit of the unachievable American Dream, exhorts him to lie to himself, and his family, in order to fabricate the delusion that he is successful, just like his father figures. By constantly denying his failure and lying to his family, friends, and even himself, Willy diminishes his personal integrity by fabricating an elusive image of himself. For example, while boasting to Howard about his achieved success, Willy lies and says, “Now pay attention. Your father—in 1928 I had a big year. I averaged a hundred and seventy dollars a week in commissions.” (62). To this statement, Howard impatiently responds, “Willy, you never averaged—” (62). Willy spends his whole life tirelessly working to achieve an unattainable ideal of the American Dream, because of the lack of presence of a father figure, in his life. This constant desire to make up for their abandonment and prove himself, encourages Willy to concoct a false image of his success; as shown by his belief that he averaged a hundred and seventy dollars a week. That is to say that an individual who desires so robustly to reach an unattainable goal, will gradually be encouraged into shattering their personal integrity, by denying their reality, and instead, create a dishonest falsehood. The conflict of denying his reality and establishing a deceptive image of his success is further intensified when Biff confronts his father and attempts to persuade Willy into accepting the truth. However, despite the evidence provided by Biff, Willy still fervently latches onto the fallacious image of his success, by exclaiming, “I am not a dime a dozen! I am Willy Loman.” By this stage, Willy’s personal integrity has disintegrated; which is encouraged by the initial force of being abandoned by his father figures, and working obsessively to achieve an unrealistic ideal, to prove himself in their “eyes”. Essentially, abandonment is a force that encourages an individual to pursue an unattainable purpose, which eventually leads them onto a path of denial and dishonesty, which reinforces the forsaking of their personal integrity.

As well as forsaking one’s personal integrity, the quest to fulfill an unrealistic dream, can encourage an individual to shirk their familial responsibilities. This is shown by tending to their unachievable aspirations above their obligations towards their family. Willy’s desire to pursue his ambition of the American Dream translates to his desire to gain the approval of Ben and his father and to prove himself. This force encourages him to ignore his family’s needs, in the process of being solely determined and prioritized to achieve the unattainable ideal of the American Dream. This prioritization is illustrated when Biff accuses Willy of being responsible for his failure, “And I never got anywhere because you blew me so full of hot air I could never stand taking orders from anybody! That’s whose fault it is.” (105). Through Biff’s accusations, it is portrayed that Willy failed in becoming a reliable father figure for his own sons, because he was too occupied with his own unrealistic aspirations and denial. According to Biff, Willy “blew him up with so much hot air” that he was unable to sustain any job, and got into trouble with the law. As a father figure, it served as Willy’s familial responsibility to assist his son in pursuing a procurable purpose, but instead he hindered his own son’s success and achievement.  Instead, Willy prioritized his false aspirations above his role as a guiding father figure to Biff, which is exemplified in  Biff’s accusations that Willy is responsible for his failed circumstances. As well as shirking his responsibilities as a father, Willy also neglected his responsibility as the sole earner of the household. This constant retreat to ask Charley for money, but refusing to work under him, reinforces that he regards the ideals of the American Dream (self-sufficiency) above his responsibility to provide for his family. Willy’s actions to disregard his familial responsibilities, whilst remaining determined to reach the unattainable American Dream, are encouraged by his desire to gain Ben’s and his father’s illusionary approval. When an individual becomes exceedingly obsessed with an unrealistic ideal, they will begin to prioritize their quest, above their obligations towards their family. The author uses this to demonstrate how the pursuit of an unattainable achievement, brought on by the lack of guidance caused by an abandonment from a father figure, is a force that can encourage an individual to shirk their familial responsibilities.

In Arthur Miller’s play Death of a Salesman, through the character of Willy, the author demonstrates how an individual embarks on the pursuit of an unrealistic ideal, encouraged by the lack of a reliable father figure to guide them.Willy Loman fabricates a false image of his success, which he employs to lie to himself and his family; which instigates the crumbling of his personal integrity. As well, his determination to achieve the American dream encourages him to shirk his familial responsibilities. Willy’s father figures abandoned him at a young age, which encouraged his actions to strive for an unachievable goal, which ultimately encouraged him to abandon his personal integrity and family responsibilities.