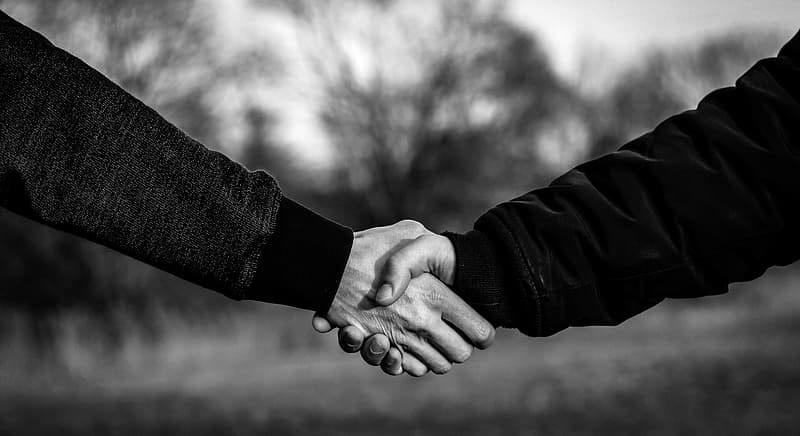 Prompt: What do these texts suggest about the forces that inhibit or encourage an individual’s actions?

Economic success and approval from others are often seen as the culmination of a good life because it is viewed as all a person requires. We all crave this because it satisfies our need for acceptance, and we feel as though we fulfilled our purpose in life. An individual aspiring to this standard wishes for the American Dream, which is genuinely a perfect life – one filled with little turmoil, and many victories. In Death of a Salesman, Arthur Miller portrays the idea that the American Dream is often what encourages an individual to work their hardest and pay their dues in life, ultimately to gain respect and approval. However, that can inhibit one’s actions, because it becomes their sole focus; their only goal and they no longer look at the beauty in life – just the profit. In the text, Biff – Willy’s oldest son – did anything to gain approval from his dad in childhood. He took everything his father said with utmost admiration and belief, which hindered his success in life. His father’s inability to see how important it was for him to focus on other areas of life – including his lack of care for education – led Biff to be unsuccessful within his college dream. Biff is still trying to find success as an adult – a thirty-four-year-old – it is what encourages the majority of his actions, however, his father’s beliefs and his own seek for approval still inhibit his measures. Throughout the play, Miller enhances the idea that an individual will ultimately be encouraged to act by the idea of gaining success and feeling the shine of approval from others.

Individuals will follow the forces that guide their actions to gain what they think they need from life, often trailing the beliefs of others to fit into the normalities within society – just like the American Dream. Biff, as a teenager, was introduced to the reader as a strong, determined, football player. However, much of that image came from Willy’s mind, and how he thought Biff should be seen. During one of Willy’s many reminisces, we see Biff through his eyes – living the dream that he never got to. Biff was the golden child of the Loman family – he had everything in place, but he prioritized what he was told to do. He took everything his father said word-for-word because there was no doubt involved in their relationship, which he gained approval for. Biff would have done anything for his beloved father, shown in the phrase, “I got it, Pop. And remember, pal, when I take off my helmet, that touchdown is for you. (Pg.88)” Willy is the force that ultimately encourages Biff’s actions because Willy imagines what all this success in high school can bring for the young man. Success now means success for the future, and if Willy doesn’t doubt it, neither does his son. This shows the utter devotion Biff has for his father, and the dream Willy has for him. Biff never learned to discover his own priorities and forces of encouragement as a teen, let alone the necessity of responsibility – everything was already planned for him. He was hindered and encouraged by his own father since he was living Willy’s dream of success and approval. Often this affects how young individuals grow into adulthood; if they’ve had everything planned for them, but the end goal doesn’t occur – where do they go from there? They’re lost, with no idea what to do, because their futures were planned without any insight from them.

When individuals reach for success, they often forget the responsibilities they have in their own life: their need to figure out how to live and grow. This can’t be done for them, they have to make their own decisions. Biff as an adult is much different than his teenage self – he constantly struggles to be what he wants to be, but then again he still wants that approval from others. Since he took everything his father said and relied on that, Biff missed much of the growing up that he needed in order to become successful. He doesn’t know his priorities, or what he loves, and in reality, has missed his prime. While having a conversation about this with Happy, Biff states, “ I tell ya, Hap, I don’t know what the future is. I don’t know – what I’m supposed to want. (Pg.22)” While striving for success, and having approval from his father, Biff didn’t learn what everyone else did. He was busy living his father’s fantasy while others were discovering what they wanted in life.  The approval he wanted from Willy ultimately hindered his ability to have that success, to gain the American Dream, because he didn’t have any skills he needed besides ones relating to football, and being social. Those skills can only get Biff so far, and since he lost the scholarship that would have given him an opportunity for success – he’s lost. He didn’t take the responsibility in life that was necessary, he needed to discover aspects of life that his father didn’t introduce him too. But, that need for approval led him to ignore anything outside a fantasy he believed would become truth. There is a constant conflict within Biff – he just doesn’t know what to be anymore, or who to follow. He’s lost what had been his dream, and he doesn’t believe that what makes him happy will bring him success. He is a man trapped with nowhere to go because of the many societal norms that have been embedded in his mind.

Individuals oftentimes have to turn to themselves to be a source of encouragement, as other forces don’t always suit them as they grow into different versions of themselves. Biff has always relied on his father as a source of encouragement; he’s the one who always has everything figured out, but now he realizes his father is just as confused as he is. Success and approval have evaded both of their grasps, but Biff doesn’t see that until this point. Willy, however, is still shrouded in that ideal illusion he created long ago. While in a confrontation with his father about this very same issue – Willy’s delusional mind – Biff states, “No, you’re going to hear the truth – what you are and what I am. (Pg.130)” Biff now understands that neither of them can keep believing in this long, drawn-out fantasy they’ve been hoping would come true.  Now, Biff needs to stand up for himself:  to be his own force, and to create his own success. Success is different for everyone and Biff’s realization causes him to feel the need to separate himself from the usual American Dream ideals. The American Dream is no different in that it causes most to vie for the same things, and if you don’t, it’s almost as if there is no place in society for you. He needs to create his own reality of what the American Dream is, to figure out his loves and hates, his priorities, and his needs. He can no longer be encouraged by his father’s vision of a perfect future; in the end, it will only inhibit his oncoming success. The entire world of the Loman family is turned upside down from this, no longer are both their sons following the typical American Dream; they’re creating their own. Willy’s daydream of what the boys should be has been torn down completely, and no longer do they rely on their elderly father.

In Arthur Miller’s Death of a Salesman, the undying need for success and approval is portrayed through both Biff Loman, and Willy Loman as the ultimate encouragement and inhibitor of their actions. Individuals often have similar forces of encouragement, but that can cause them to reach for the success that everyone else is, instead of figuring out what they want in life. In reality, people often have to turn into their own force of motivation, because what uplifted them at one point may lose relevance as they grow into new people. The forces we follow are often shown to us as normal at a young age, without much ability to form our own opinions and forces. That leaves us to reach for the mundane, the success that is seen as normal, instead of finding our own triumphant times in life.

*This version will be improved – there is still much for me to learn.*