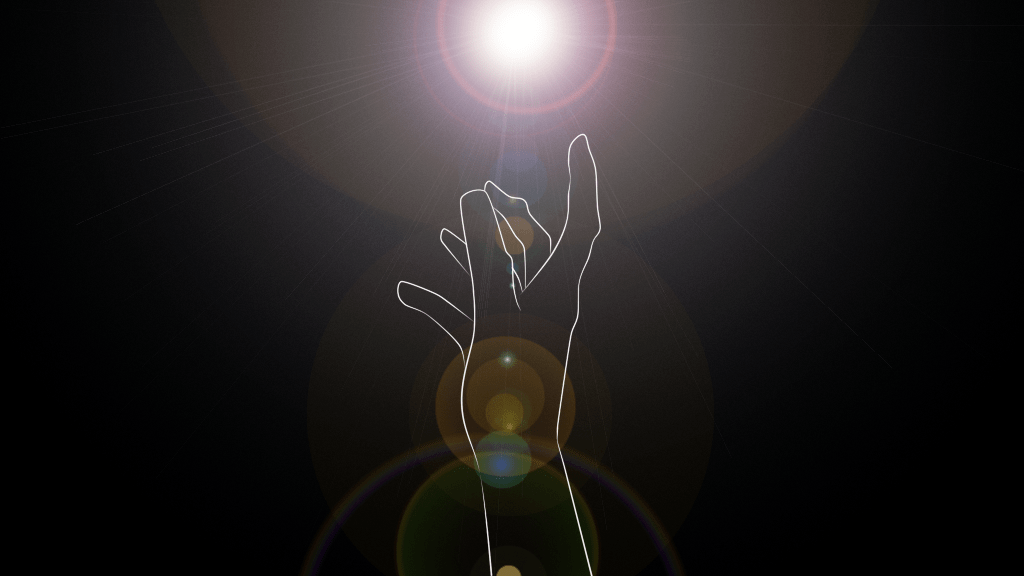 Prompt: What do these texts suggest to you about the ways in which individuals deal with the prospect of an uncertain future?

Uncertainty is something all of us will evidently have to confront, whether it will be during school, work, or any other time. Blind individuals, on the other hand, have to face uncertainties every day. They have to walk without fear, with no hint of hesitation. They don’t let setbacks hinder them from moving on. The future can provide many opportunities, and without regrets, you can face it with no fear and can reach goals that you may have not before.

Photographer, Marco Antonio Cruz, captures a black-and-white photograph which depicts a blind man, (assumed by the provided description that Cruz took pictures of visually impaired individuals), reaching the floor after descending a set of stairs. The man in the photograph has his left arm outstretched, presumably reaching out towards a wall beside him. There is also a caution sign on the wall next to him, but that is of no use to him. In the photograph, he seems to be darker than the rest of the building, which befits the title, “Habitar La Oscuridad”, or Inhabiting the Dark, as he has no vision and everything is dark to him. The man also has nothing to support him. He has no walking stick, no seeing dog, or anyone to guide him. He is all alone, yet his stance is relaxed; he has full confidence knowing where he needs to go. He knows that if he is too cautious, he can never move on. He faces his uncertain future with no regrets and by doing so, moves on through the building fearlessly.

I, like many others, have been confronted with the prospect of an uncertain future. It was during a soccer tournament in Montana. We were down one goal and we had just won a penalty. At that moment, we all had anticipation, an anticipation that we could score, an anticipation that we could tie, an anticipation that we could… win. This was our chance. There weren’t many minutes left in the game. Nerves and excitement all ran through our bodies. We all looked towards our coach and he pointed his finger towards me. My teammate handed me the ball and whispered, “You got this.” I tightly clutched the ball and walked over to the penalty spot. I felt like I was walking for hours when it was only for a few quick seconds. I slowly placed it down onto the spot. The ref spoke a few short words to me and the goalie, and then it was time. I had practiced penalties a lot, just not with this kind of pressure. Hundreds of thoughts were swirling around in my head. “What if I miss?” “What if the goalie saves it or my foot hits the ball in the wrong place?” “My teammates, my coach, what are they going to think of me if I miss?” Despair slowly settled in. I tried to calm down; I took deep breaths. I look over at the goalkeeper, his arms and hands stretched out wide. I knew what corner I was aiming for, the bottom left, the one that I had practiced shooting at hundreds of times. I ran up, met the ball and hit it with the same part of the foot I always had. The ball left my foot and glided towards the bottom left corner. The goalkeeper reached out his hand for the ball, “Was the ball going to go in?” “Is he going to save it?” Then the ball hit the net, with the same swishing sound it always had. Cheers come out from the bench, from my teammates, from the sideline. I jumped up in joy and hugged my teammates. They all had bright smiles on their faces, and high fives were dealt with each other. We walked over to our half ready to score the next goal.

There were many possibilities for the outcome of that penalty. I could have missed, the goalie could have saved it, or I could have scored. It was only because I took it without regrets I could score. I was nervous before it, but during my kick, my nerves were gone. There was nothing that could set me back, I took the penalty with full confidence and with that goal, many opportunities opened up.

Sometimes, the best way to face the uncertainty of the future is to do so without regrets. Just like the blind man, I also faced the prospect of an uncertain future with no regrets. By doing so, it opened up new opportunities and ultimately led me towards my desired goal.