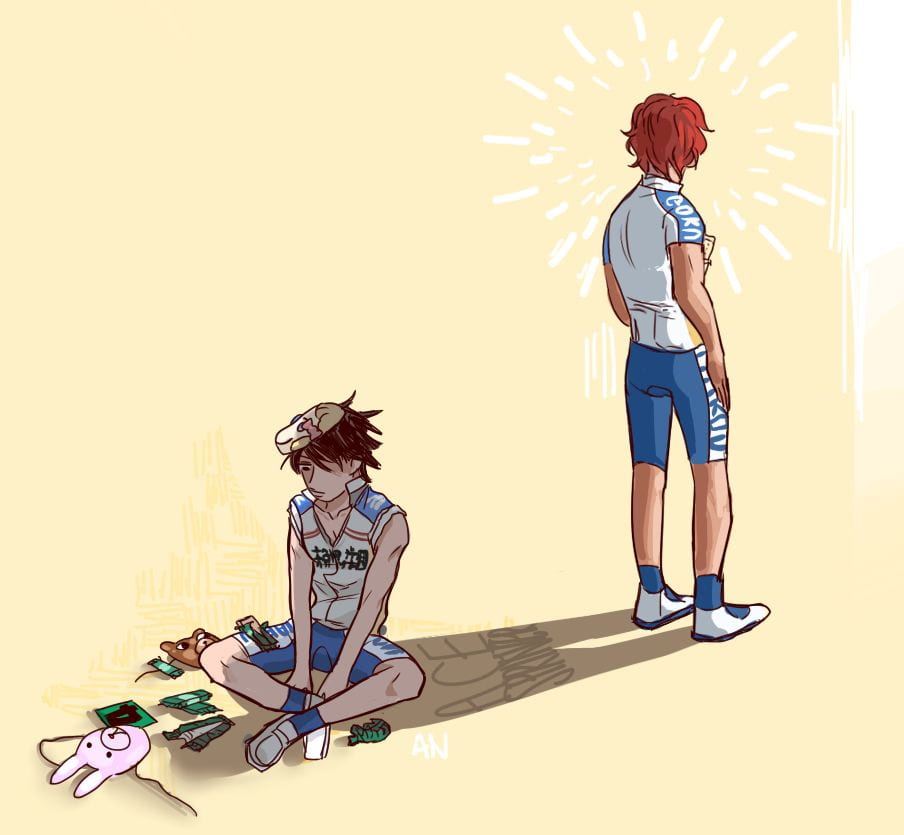 The drive to be recognized as an individual is what pushes many to blindly pursue the American Dream. For those who do not have a dream of their own, it gives them something to hold on to and a reason to continue working in hopes of becoming successful. In Arthur Miller’s play Death of a Salesman, this force is projected onto Happy Loman, Willy’s second son, who is pushed to fit his father’s ideals and acts in such ways to seek validation. As a child, he was neglected by his loved ones and lived in the shadow of his older brother, Biff; this led to his desire for attention from those around him, particularly from women. Because he did not know how to cope with the feelings of loneliness that came with the attempted pursuit of the American Dream, he turned materialistic placeholders— things that gave him temporary happiness. However, this created an everlasting loop of unhappiness, and only encouraged him to continue diving into the illusions of success. Much like his father, who he looks up to, Happy strives to become “the number one man” and establish his name in the business world. But, just as how his father fails in the end, Happy’s efforts may be fruitless. When the forces that encourage an individual’s actions come from a place of trying to please others and not from an individual’s own goals, they can push them in a direction that will never give them true happiness.

An individual’s childhood and how they are treated by their families can greatly influence their actions in the future. When Willy returns from his sales, he is immediately greeted by his two sons, Biff and Happy; Happy is proud that he is making progress with his weight loss, and mentions multiple times, “I’m losing weight, you notice, Pop?” (29) However, his father’s focus was never on him— it was on Biff. Whenever they both performed the same task, such as washing the car, Willy would ignore Happy and specifically praise Biff: “Terrific job, boys. Good work, Biff.” (29) Biff, who was handsome and well-liked by his parents and his schoolmates, often overshadowed Happy. No matter how hard Happy tried, he could not get his father’s attention, which he so desperately wanted. To Willy, he was Biff’s younger brother, and not an actual individual being. This neglection and need for validation from his own parents caused Happy to grow up without finding his identity— who he truly was— and as a result, he did not have any dreams of his own. His goal was to become idolized like Biff; thus, he tries to change himself to fit his father’s ideals, such as losing weight to become more attractive, and playing sports.  Even as a child, Happy was exposed to the American Dream, where anyone can be successful if they were good-looking and charismatic enough. And during childhood, children are supposed to mature and learn from their mistakes and experiences; however, the ideals and beliefs imposed onto their developing mind cause them to shift gears and think and act in a certain way. By stressing the importance of making connections and being well-liked by others to the young boys, Willy is unconsciously encouraging Happy to create a false persona of himself in order to gain popularity and please others.

Although Happy appears to know what he wants and is relatively successful in the eyes of others, he is only driven to do so because of the possibility that his father will acknowledge him after achieving the American Dream. He confides in Biff, saying,”I don’t know what the hell I’m working for… But then, it’s what I always wanted. My own apartment, a car, and plenty of women. And still, goddammit, I’m lonely.” (23) On the surface, Happy is a womanizer and someone who has ambitions; in reality, he is lonely and chooses to get the attention of already taken women in order to make himself feel wanted. His pursuit of the American Dream, something that was influenced by Willy and not himself, makes him even more unhappy. By trying to adhere to society’s expectations of obtaining temporary relationships and items that show success, he is losing himself and his genuine desires. He does not know why he is working in a store when he could “outbox, outrun, and outlift anybody”(24) there, but he is encouraged to stay in hopes that the merchandise manager dies so that he can take his position. If it were not for the influence of the American Dream and his father, Happy would be out working on a farm with Biff, which would bring him more happiness than his flings. Obtaining materialistic placeholders cannot replicate happiness, yet Happy is forced to do so because he does not understand what true happiness is, only the idea of it introduced by Willy. When an individual values materialism over relationships with loved ones, they will, whether they admit it or not, become lonely and unhappy.

In the end, Happy becomes blinded by the illusions of the American Dream, and is driven by his own desires. When Biff says that his father’s dreams were all wrong and that he didn’t know who he was, Happy becomes furious and declares, “He had a good dream. It’s the only dream you can have— to come out number-one man.” (139) Even though Happy no longer needs to fight for Willy’s attention, his ideas are so ingrained into his mind that he himself believes that the American Dream will give him true happiness. He has been number-two his entire life, and he wants to be seen as successful by others. This desire to obtain the unattainable has consumed Happy, and now he mirrors his father. If he knew who he was and what he wanted to become, then he would not have turned to the American Dream. But because he has been living in Biff’s shadow for so long trying to impress Willy, he no longer has a sense of identity. With nothing solid to live for and a lack of loving relationships, he attaches himself to mere dreams the same way that many do when they are lost. He also creates his own illusions by boasting about sleeping with women and being an “assistant manager,” even though he is an ordinary employee. Ultimately, this will lead him to his demise, as the force that encourages him to become a businessman is the American Dream— that is, something that will never become a reality because it is too good to be true.

Through the character of Happy Loman, Arthur Miller portrays the dangerous effects that chasing the unattainable American Dream has on an individual in Death of a Salesman. Because Happy was tired of being overlooked by those around him, he tried to show that he was well-liked and successful by surrounding himself with women and lying about his position. However, he is actually lonely and lacking purpose, but he does not want to confront this reality because he would have to face the fact that he does not know who he is. Thus, individuals who dedicate themselves to pleasing others rather than themselves lose their sense of identity and will not obtain true happiness.