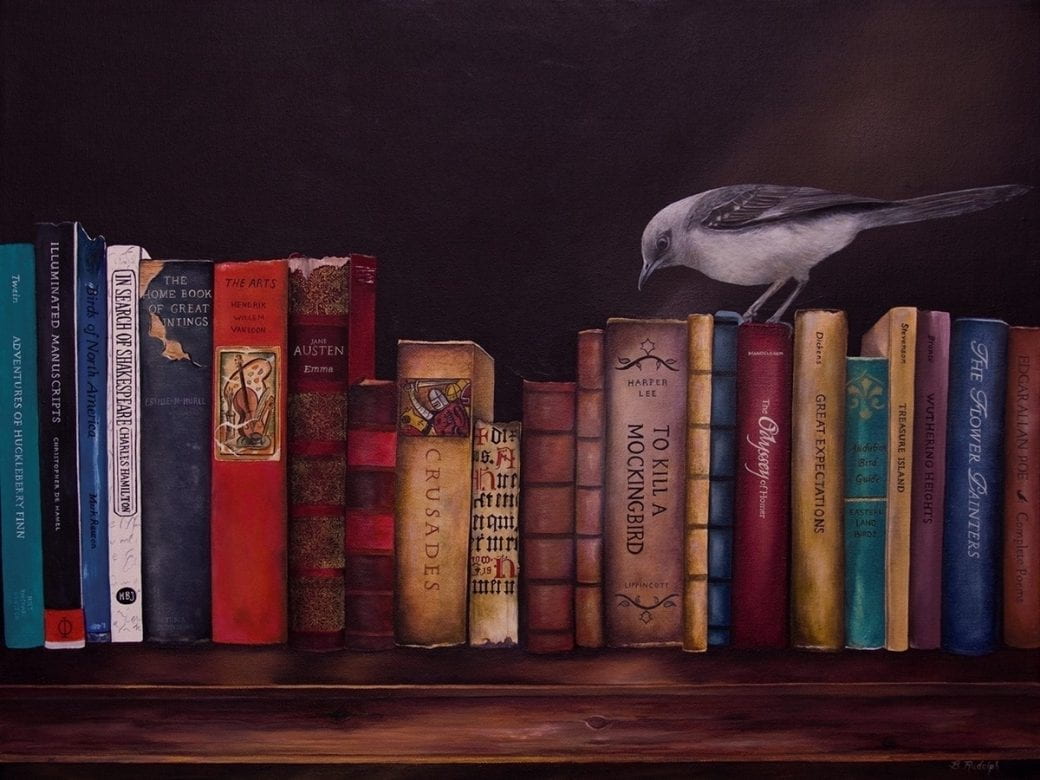 Education is a large part of the development of the world because it gives individuals an upper hand in terms of influence and comprehension. This intelligence can ameliorate the world around them. Scout, who is in the pursuit of obtaining an education, goes through struggles to truly find herself and absorb the diversity stifled by society. She is either hindered or heightened by various educational sources along the way. Initially, she grapples with the traditional form of learning, later learning from experience, and throughout the novel gains moral knowledge from Atticus which comes into full fruition near the end. Scout’s learning throughout the novel goes through tribulations, but also successes, when it comes to her understanding of the society she lives in and her desire to improve it. In To Kill a Mockingbird, Harper Lee suggests that the force of education comes in a variety of forms, and these forms affect the actions of those who are learning by inhibiting or improving them. She specifically addresses that these forms can promote actions that eventually either benefit and diversify the society that the student lives in or worsens it.

Rigid systems of education will suffocate an individual and may block their ability to reach their potential, along with their society’s potential, unless they are further encouraged by sources of non-traditional education. Scout goes through a similar experience. She faces conflict with her teacher on her very first day of school, Ms. Caroline, for having already been taught to read and write. “Ms. Caroline caught me writing and told me to tell my father to stop teaching me. “Besides,” she said, “we don’t write in the first grade, we print. You won’t learn how to write until you’re in the third grade””(Pg.20). Ms. Caroline sticks to the regimented education system by discouraging Scout from advancing in her learning, and instead telling her to try to stay at the same pace as the other students. She even implies that Atticus, who is the reason Scout began to learn to read, taught her incorrectly. This quote is a great example of the flaws in Maycomb’s education system. It resembles the society of Maycomb in general, where diversity is unappreciated. In the education system, diversity of skill is stifled, and in society, different races and eccentricities (Boo Radley) are not accepted because they don’t fit the molded norm. Ms. Caroline is the personification of this system which doesn’t allow change, exemplified through her unacceptance of how Scout had been taught to read, and instead of adapting to teaching someone of Scout’s abilities, she hinders Scout. If it weren’t for Atticus’s liberal and open-minded approach to teaching and encouraging her to continue reading despite Ms. Caroline’s objections, Scout may have never reached her potential. The force of the rigid school system is a force that attempts to inhibit Scout from advancing; however, Atticus reading to her overpowers the negative force. Scout’s continuous advancement with her reading suggests that perhaps she will be a guiding force in encouraging diverse learning perspectives. An education system is where students are taught to fit into society. What school teaches students will carry them forward as they become functioning members of where they live. Diversity is found in multiple ways, and if individuals are not exposed to diversity early in their lives through the education system, this will reflect on how they mold the rest of their lives and future generations.

Learning about diverse perspectives and the realities of individuals is an important part of developing society and gaining insight. Scout truly begins to understand Calpurnia and the reality of African Americans. When she and Jem go to the Black church that Calpurnia attends, they get to know Black society; the society who the white people of Maycomb consider inferior. After going to the church, Scout asks “‘Cal, can I come to see you sometimes?” She looked down at me. “See me, honey? You see me every day.” “Out to your house,” I said.”’ (Pg.143). Scout develops an understanding of Cal and the African American community after being around them. She can discern that the Cal who takes care of her and Jem is not the same Cal when she is around people of her own colour. Additionally, Scout recognizes her ignorance when it comes to her knowledge of the Black community, and wants to be able to connect to them more. She was previously unaware of the lack of sufficient schooling that is provided to Black people. She was previously unaware of all of their great passion for God, the same passion that white people have, perhaps even greater. She was previously unaware of how little she knows about Cal, and reflects on Cal’s struggles alongside her convictions characterized by being a woman of colour. It humanizes this authority figure in her life when she realizes that Cal doesn’t have that same authority outside of the children she cares for. Scout represents how experience and listening can be the best teacher for gaining perspective and appreciation. She still knows that she has a lot to learn about Cal and her community, which is an awareness that many people in Maycomb tend to lack. They would rather stick to their prejudiced beliefs than do something that would prove those beliefs wrong. The society of Maycomb has specific social rules, where segregation is a component of the law. However, if they had educated themselves on people of colour, they would have been able to humanize these people, and society would’ve been much less strict and categorical. When individuals open themselves up to new experiences rather than living in an echo chamber that lacks diversity, they learn much more than they would in a homologous environment. Experience acts as a force that encourages the changing of an exclusive society for the better.

When an individual receives a moral education, they have a foundation of compassion and courage that allows them to see diverse perspectives and be more accepting of those around them. This is especially prevalent near the end of the book when Scout reminisces about Boo Radley, who she never saw again after walking him back to his house. She narrates, “Atticus was right. One time he said you never really know a man until you stand in his shoes and walk around in them. Just standing on the Radley porch was enough” (Pg. 321). When Scout thinks about her newfound understanding of Boo Radley, she correlates this understanding to the moral lesson she was taught by Atticus at the very beginning of the book about perspective and empathy. Throughout the novel, Scout’s teacher and the upholder of morality is Atticus, who represents the virtues that much of Maycomb lacks. He has always preached perspective. He, therefore, acts as a foil to the rest of the town who have not had a virtuous education. By encouraging Scout to gain empathy to truly comprehend the marginalized and misunderstood people of the Maycomb community like Boo Radley to truly see their point of view, he acts as a force that encourages Scout to open her mind to the unaccepted people of society, and helps her diversify herself to different lifestyles. Scout’s moral education is a process, and she takes this lesson that she learned at the very beginning of the book, remembering it and utilizing it even near the end. Being encouraged to learn about diverse perspectives through her moral education and gaining an understanding that she cannot make assumptions about everyone, allows her to take respectful actions and aids in her comprehension of those around her. By the end of the book, she understands Boo Radley. By standing on his porch her respect for him and his lifestyle goes up. By observing his actions, she realizes that he is a good person and not the monster she saw from afar. Her compassion that she was taught by Atticus makes her open to new ideas. The importance of moral education is to gain compassion and courage to have a foundation that encourages interacting with different viewpoints. This will create a more harmonious society without the need for intense structure.

Harper Lee uses the character of Scout to explore the effectiveness of different kinds of education, often drawing comparisons between conventionalism and non-conventionalism in Maycomb. The book affirms that Scout is a product of her teachers. Since she is a force shaping the future, she must be able to be influenced and encouraged by strong forces of education, rather than forces that attempt to inhibit her. The forces that attempt to influence Scout’s learning and growth are characterized by the traditional schooling system which unsuccessfully tried to inhibit her, her own experiences in learning about others, and her moral education. Diversity and improvement in a society are dependent on the people living in said society. So, these forces of education aid in the development of individuals, and consequently society ─ for better or for worse.