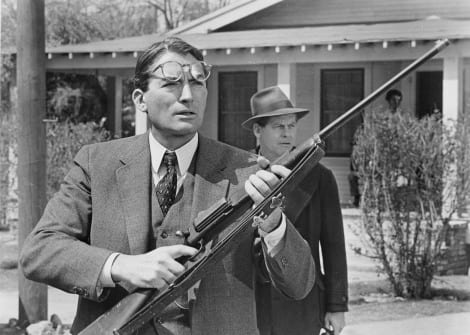 Discuss the idea(s) developed by the text creator in your chosen text about how acts of courage develop and nurture personal integrity.​

Courage brings forth with it the ability for an individual to demonstrate their message. In the novel, To Kill a Mockingbird, written by Harper Lee, Scout’s actions and the words that are spoken to her help in developing her personal integrity. Scout’s confidence also describes how confidence is tied to the growth of self-honesty. Harper Lee portrays how being courageous creates personal integrity as through defying others, a person grows to realize that should they desire to get their message across, they must have confidence within themselves. Having this confidence ensures that they follow through with their message.

Being courageous and stating your thoughts brings about a time of self-reflection, aiding the notion that courage nurtures personal integrity. During class one day, Scout is told by her teacher, “You tell him I’ll take over from here and try to undo the damage-” Scout then attempts to correct her only for her teacher to respond with, “Your father does not know how to teach. You can have a seat now.” That situation concluded with Scout doing the following, “I mumbled that I was sorry and retired meditating upon my crime.” (Page 18, Ch 2) In this event, Scout was attempting to stand up for what she believed in: that her father had done nothing wrong. Although Scout knew that Miss Caroline has authority over her, Scout remains confident with her views. After that, Scout finds herself reflecting upon what just happened. Her period of reflection helped develop personal integrity as this was one instance of Scout having courage. With this, it can be shown that having the confidence to follow through with your beliefs nurtures self-honesty.

Continuing to keep your stance on something, regardless if the conversation is positioned in your favour, guides a person towards character development within themselves. After Mrs. Dubose’s death, Atticus spoke to Scout as well as her brother, “I wanted you to see what real courage is, instead of getting the idea that courage is a man with a gun in his hand. It’s when you know you’re licked before you begin but you begin anyway and you see it through no matter what.” (Page 115, Ch 11) Scout here is told that courage is standing for what you hold true, even if the opposition already has you cornered. This reinforces the concept that confidence within yourself is critical to demonstrating courage. Through demonstrating courage, self-integrity is improved as standing for your message requires trust with your thoughts. Scout being reminded of this gave way to the idea that courage originates from a person and not from an object, such as a gun. To have the ability to follow through with your beliefs regardless of the outcome of the situation fosters bravery. This leads to an improved sense of personal integrity.

To get a message across, confidence must be present, urging towards the nurturing of an individual’s integrity. After Scout and her brother defend their father, Atticus, from a mob, he spoke, “So it took an eight-year-old child to bring ‘em to their senses, didn’t it?” said Atticus. “That proves something—that a gang of wild animals can be stopped, simply because they’re still human… you children last night made Walter Cunningham stand in my shoes…” (Page 159, Ch 16) Here, Scout demonstrated courage and what her father said helped to point out that belief in yourself is a great force to be reckoned with as it stopped a group of men. Seeing this, it can be seen that being courageous speaks volumes as Scout defending her father was enough to make the others realize the power she has. With her showing courage, she had to have conviction with her views. Confidence held within an individual’s views ensures that their message will be heard by those it is being addressed to. That is shown as Scout and her friends brought a group of men to their senses. The development of personal integrity relies on the confidence a person holds, as well as the conviction they hold towards the beliefs they are trying to push forth.