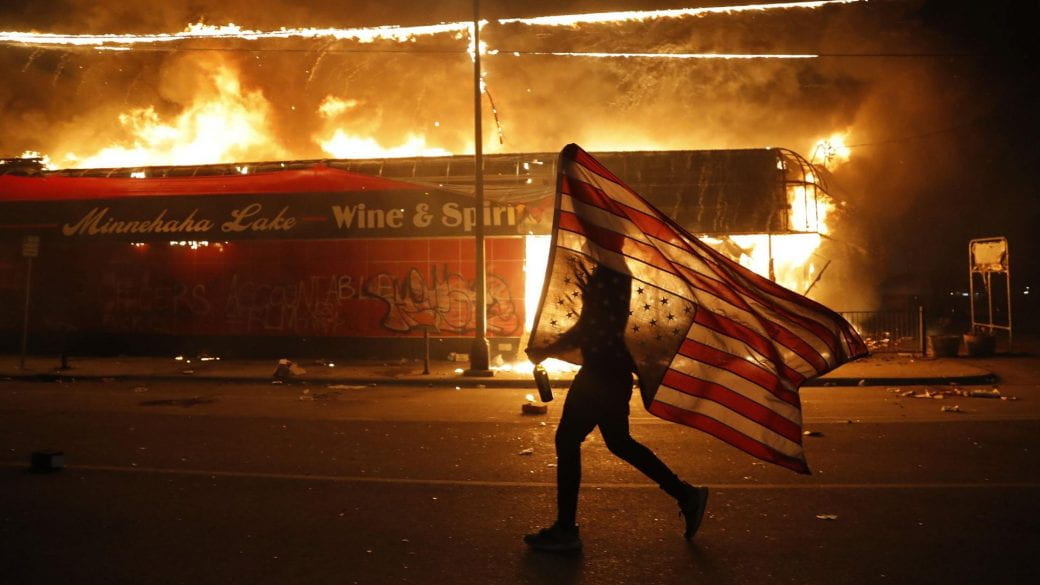 Unpopular opinion: Genuine rioting and looting can be justified (to an extent).

No, I am not talking about the people who take advantage of the ongoing protests and go out to see how many handbags they can steal or cars they can burn “in the name of George Floyd.” Those people do not count. I am talking about the people who are genuinely frustrated and angry that despite it being the 21st century, systemic racism is still prevalent. How many African Americans have been beaten or killed by the police for crimes they did not do? How many suspected of being violent or uneducated based on their appearance? And how many living in poverty because they do not get the same opportunities as the rest of us privileged people do? The problem does not lie within the protesters; the problem lies within the system. This system has oppressed millions of African Americans for centuries in this so-called “land of liberty,” and will continue to do so until it is dismantled. And that is what these people are trying to do. They are not “thugs.” They are merely fighting for equality and justice for people of colour in the most effective way– targeting their wallets.

Whenever the topic of rioting is brought up, people feel the need to mention previous African American leaders that led peaceful movements. “Oh, but Martin Luther King Jr. advocated against violence when protesting.” Let us not forget that regardless of his actions, he was still arrested and later assassinated for standing up for what was right. Time after time, we are shown that no matter how peaceful the protesters may be, they are silenced by violence. And what are you supposed to do when the police– the force that is supposed to protect you– uses inhumane weapons on you? Not fight back? Calmly serenade them with words of peace?  Oh, wait… you can’t because you are too busy trying to rinse out the tear gas before you go blind with your wounded arm that got hit by a (massive) rubber bullet. Right. Remember when some very privileged Americans were protesting for haircuts during lockdown not long ago? If I recall correctly, some were armed, yet the police did not treat them with the same force that they are using now. I wonder why…

If we, who have never seen the world from their eyes, never heard cruel slurs from those who are supposed to be our fellow neighbours, never tasted the saltiness of blood spilled over our brothers, never smelled the pungent tear gas sprayed for “causing unrest,” never felt the bullets shot for doing nothing, then how are we to judge how they react? Their feelings of frustration and anger are more than valid. At the end of the day, we should realize that human lives are worth more than goods, and theirs are threatened everyday. Instead of pointing fingers at them, we should be really asking why they are rioting. People do not hurt for no reason; they are often hurt themselves. Would a typical well-off, privileged person have to loot from stores? Would the protesters be less violent if the police was less violent? Would there be riots if there was no discrimination against African Americans? I doubt it.

As someone who has privilege, I can only imagine how life is for them. If it was my dad that got suffocated under a policeman’s knee as others watched without doing anything about it; if it was my brother that got shot after buying Skittles, if it was my mother that got killed in her own home, I too would want to break something. These people are not trying to cause chaos for the sake of causing chaos. They are doing it to bring attention. Because they are tired of being dismissed over and over again when they try to bring up their struggles to the general public. But once they began protesting louder, and rioting, and looting from (hopefully corporate) stores, people began to care. It sparked a worldwide movement, it angered the media, and it gave them power, which is something that they have been deprived from for so long.

This time, they will make a change their way.

Shoutout to @selfishfeminist on Instagram for their informative posts.