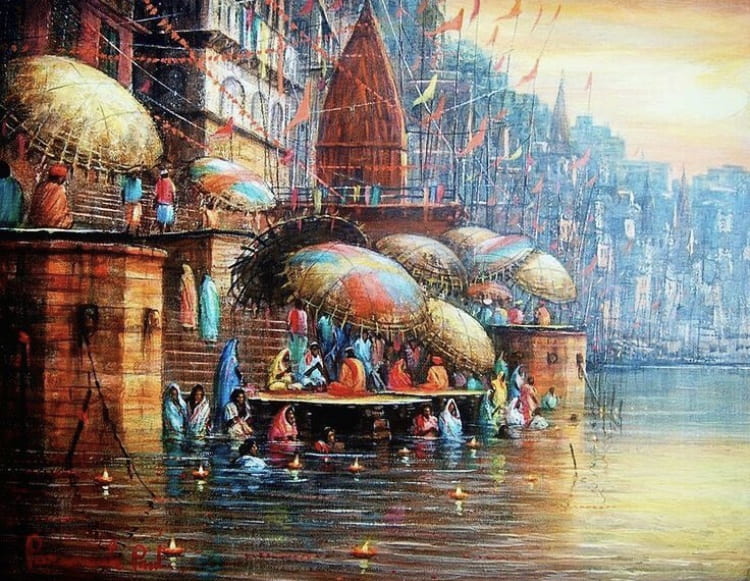 With the Black Lives Matter movement going on, I have been thinking a lot about the subject of racism. I have been noticing that a lot of people close to me have fallen prey to a bit of a racist mindset. However, this isn’t your typical idea of racism. It is internalized racism/xenophobia. I feel like this is such an important issue because people of colour and immigrants can’t truly fight against systemic racism if they don’t address the discriminatory behaviours that live inside of them. As someone who has once gone through that, I thought it would be interesting to reflect on internalized racism/xenophobia, and I’m sure some of you will be able to relate.

You are known for either your crippling poverty or perhaps the Taj Mahal, but you’re so much more than that…

Close to the great Himalayas and enclosed by the Indian Ocean resides a land that is 250,000 years old. Its diversity is unmatched, and in its bustling markets, a motley crowd stands. It celebrates the bright colours of Holi which will scald your eyes and the lights of Diwali which will engulf you. As one of the oldest civilizations in the world, India has brought about many creations and discoveries such as the number zero, wireless telegraphy, and the idea of gravity.

If only I was able to come to this realization earlier. Maybe then I would’ve been able to speak gracefully in my native tongue, but instead, I only have the broken fragments of a language that I’d lost the rights to a long time ago. Maybe the regret of never being able to visit you because of my own refusal, my native land, wouldn’t have existed if I had learned to value you more. Maybe I could’ve been a more accepting person if I had exposed myself to your diversity. However, I berated and derided you instead.

For that, I must tell you that I’m sorry.

That is the story of people of colour and children of immigrants, I suppose. A story marred by dilemmas about who they are, refusals to admit where they come from, and self-hatred inflicted upon them by a society that favours white people. I had a choice of continuing the legacy carefully crafted by my ancestors or conforming to the legacy forced onto me by society.

So, I decided to hide behind a veil. I wanted to become “white” and “western” but my heart belonged with you. It was hard at first, but one ineluctably gets used to concealing themselves beneath a veil for so long. Virtually every aspect of my life was westernized. Being whitewashed was my greatest accomplishment, and I would shamefully bask in joy when I was told I didn’t look Indian. To mirror the white models that surrounded me, I would constantly look for natural remedies to make my face fairer. I remember when kids in my class would make fun of you, and instead of coming to your defense, I laughed along and even participated. Making fun of the Indian accent, ridiculing Indian languages, and mocking Indian society became a frequent part of my jokes. I can no longer speak my native language as well as I used to because I only spoke English with my parents during this period. I tried so hard to throw away who I was, and it almost worked.

Nevertheless, my veil could not hide my family’s passion for you, for their hearts only remained beating because of their fervid patriotism. My veil convinced me that I knew better, though. “What about the news?” I would tell them. “Did you not hear of the riots that are going on?” They would always answer and tell me that every country, just like a person, has flaws which must be condemned, but you’ll always love where you come from. “What’s so great about it though?” I would ask, not understanding. I still remember my dad’s exact reply: “Why don’t you ask the people who are the only reason you have any freedom? Our people fought hard to finally gain independence. We were trapped by the British, yet we peacefully got rid of them. Indian culture and philosophy never died, it flourished because of our love for our country.” I sunk in my seat, unable to think of an adequate response to this answer. I stubbornly refused to believe anything my father said, even though a voice deep inside of me knew that he was right.

I don’t remember how I came to appreciate you – I didn’t take the veil off, it just slowly began to fall until it was no longer there anymore. One will always find their way back home, I guess. A child can only go astray from their mother for so long before they come back. The first time I noticed that the veil was completely gone was last year when I was watching a Bollywood movie that my parents wanted me to see. All I remember is listening to a song in the film entitled “हम हैं राही प्यार के” (“We are Travellers on the Path of Love”) by Kishore Kumar and just crying. All of the emotions that suffocated me finally emerged. They inundated me as I watched this happy man drive around in his vehicle, smiling at people as he passed by them. It didn’t make sense to me at first: why would I cry over such a happy song? Then I understood, the culture and all of its values which I had completely rejected were just presented in front of me. I thought to myself, “Being travellers on the path of love is the very essence of India. That’s what dad was telling me. It’s a country that has reached its independence together through love and is starting to improve with little steps because of people’s passion for where they come from.”

However, there is no point to my letter if I simply mope about how I wronged you. So I will make a promise: I’ll still make note of your flaws as anybody should, but I won’t talk down about you. I’ll love you; I’ll appreciate you; I’ll be proud of where I come from.

A traveller on the path of love