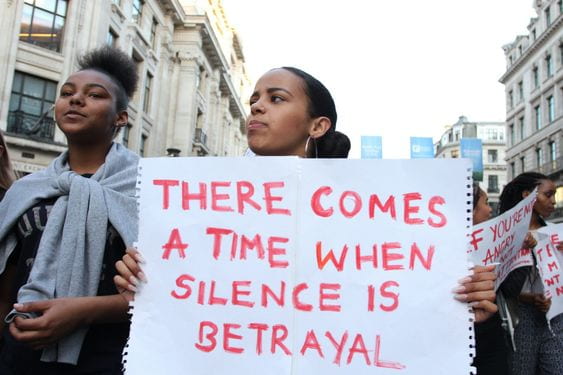 Ahmaud Arbery who died for running (25 years old), Breonna Taylor who died for sleeping (26), Botham Jean who died for entering his own home (26), Stephon Clark for holding his phone (22), Tamir Rice who was playing with a toy gun (12) and everyone else affected by police brutality. Unfortunately, there are too many other names. 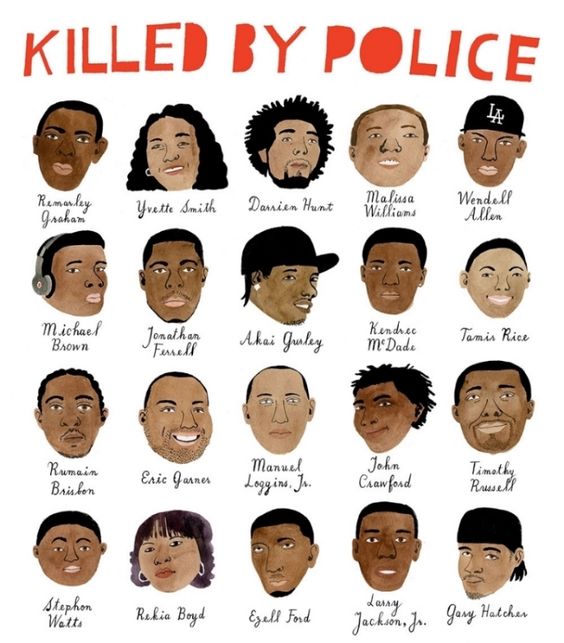 Growing up mixed, I’ve always been at battle with my identity. White people constantly told me I wasn’t white enough. Black people constantly told me I wasn’t black enough. Therefore, when the ongoing issue of racism was brought forth,  I always felt as though it wasn’t my place to say anything. I didn’t want to say anything concerning the injustices against my black brothers and sisters because as people said before “I wasn’t _____ enough.” I thought that by standing up for what is right I was abandoning a part of my culture. I was picking a side. I also didn’t want to say something wrong because I’m still technically white. I could never be oppressed right? I couldn’t understand the struggle? Of course, I never had to worry about being shot by police for playing with a toy gun, using my phone, going on a run, sleeping or going into my own house. I never associated the term cop with fear. The worst that had happened to me was probably a few derogatory terms and laughter associated with a family photo. Being light skin, I never really faced much discrimination. I face quite the opposite – admiration. Since I was a bit more privileged by the fairness of my skin, I stayed silent; which makes me just as bad as the oppressor.

“The ultimate tragedy is not the oppression and cruelty by the bad people but the silence over that by the good people.”

I found my voice a couple of weeks ago when I was given a current events assignment in my Social Studies class. I chose to discuss the heartbreaking lynching of Ahmaud Arbery, a 25-year-old African American who was only out for a run in a predominately white neighbourhood. Two ignorant men believed that this defenceless young man was a robber;  solely because of the colour of his skin. They were prompted previously by police to take matters into their own hands regarding justice in the area. In their eyes, justice was shooting this vulnerable man three times, eventually leading to his untimely death. This is one of the numerous occasions of racism in today’s world.

After finishing the assignment and unconsciously voicing my opinionated beliefs surrounding this inhumane murder, I realized the passion I displayed when discussing this issue. Something subconsciously clicked in my mind. All of my past anxieties and fears regarding the discussion of my opinions on these horrific issues suddenly disintegrated. Maybe because I wrote about what I feared most, something I believed would bring me much criticism.  I then acknowledged that I should be allowed to talk about the seemingly never-ending prejudice against my people, not because I was black, but because I was a human being.

By choosing to be silent you are quietly agreeing with the oppressor. You are secretly allowing countless cases of injustice and inhumane treatment to go unnoticed. It’s quite ironic to see the people who countlessly say the n-word (despite not being black), the people who listen to numerous black artists, and the people who love black culture are the people who are being silent during this dire time of change. I know some will come back in defense and say they posted a black square on Instagram, partaking in the trend of #BlackoutTuedsay, but that does no good in the grand scheme. The good intentions behind the challenge are acknowledged. The central idea of Blackout Tuesday was to show support and solidarity however that is not enough. Sign petitions, go to a protest, donate money, educate yourself, share awareness, and even stream videos in which the ad revenue goes to the Black Lives Matter movement. Just please do something rather than simply posting a black photo on Instagram. Use your voice.

Everyone has a voice and it’s up to you to decide what you want to do with it.

One thought on “The Silent Killer – June Free Choice”