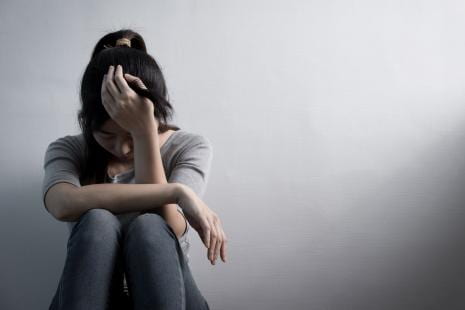 This is the story I wrote on the theme of isolation for the summer writing contest from The Write Practice.

I shivered, as the howling breath of icy wind clung to the threads of my ripped jeans; my exposed thigh pales against its numbness. Despite my inability to see clearly though the blinding swivel of sharp flakes, I noticed the white BMW swerve delicately into my snow-covered driveway. Exasperated, I stopped trudging through the dense mass of snow, and the realization dawned upon me. Dad was home.

The last time I had heard from him was through a text; a miserable, pitiful text about his sudden choice to leave mom and me. Or maybe it was not sudden. Perhaps I was too entangled in my own web of naive drama to notice the inseparable knots that were forming themselves on my parent’s seemingly perfect marriage. Eventually these knots became permanent, and the parental relationship that I took for granted, became an irreversible and ceaseless void of emptiness. That’s not even the worst part. The worst is that I have to wake up early after a sleepless night, and strut across the hallway with my four- inch heels, despite the fact that they are digging incessantly into my feet. The worst is that I have to re-paint my perfectly manicured nails, after wiping the mascara and tears that streak down my caked face. The worst part is that no one can feel the intolerable sharp digging, or hear my cries of distressed loneliness, and see as I forcefully stifle the tears that no longer wish to be stifled.

All they see is a perfect and popular school-girl, whose only trouble is uneven eyeliner or a broken nail.

I opened the garage door and braced myself for the inevitable storm that follows, but I was greeted solely with a warm gust of air. Against the quiet peculiarity, my heels clicked tentatively across the hardwood; the same as now and the short then. But, then it was different. Then, the deep, sudden clamping of my cleats was lightly unheard, lost within the shrieks of laughter and hearty reminiscences of my performance. Then, it was the three of us together. Together within this Elizabethan home, adorned with sumptuous chandeliers, vivid oil paintings, and welcoming photos. Now the walls are bare, and no longer the oil paintings vivid, nor the chandeliers ornate.

I had only seen his car, but I was brimming with the sweet, satisfying memories of the past, those that I was yearning to reclaim. But nonetheless, I pulled myself out of the relentless whirlpool of my longing for the past, and with a shaky step, I advanced towards the kitchen.

And there it was- the anticipated storm.

His dark, olive skin gleamed as shiny beads of sweat accumulated above his furrowed brow. The veins in his throat tightened and loosened, as the intensity of his voice echoed through the empty house. I could feel the rage and irritation radiating from his powerful build; towering over the gentle frame of my mother. But she did not look gentle. With a half-full wine glass gripped tightly in her hand and her piercing green eyes squinting with tension, her voice was dangerously violent. They both fired at each other, with their verbal bullets enlaced with obvious hurt and betrayal. Tuning out their commotion, I watched the scarlet fluid trickle, silently and unnoticed, down the glass. I watched it attentively until it dropped onto the eggshell carpet. They were too immersed within their yelling and anger to notice the drop of red wine, or in fact, notice anything. Like always.

Aggressively, I trudged up the stairs hoping that they would cease their bickering and notice the thumps above them. But I realized, long ago, that the thudding was never enough to douse their arguments. No matter how hard I slammed the door or jumped on the stairs, nothing was ever noticed by them.

I ran into my room and instantly crashed onto my bed, burying myself within its comforting presence. I would lay there, hours on end, concocting tragic excuses that attempted to explain my dad’s abandonment. For hours, I would watch the rain, shine or snow, while snuggling up to my assortment of stuffed animals. On this same bed,I would pretend to sleep while my mom staggered in to say goodnight, washed out by too much guilt and wine. I craved for her to delicately pet my hair and whisper to me in her soft, nightingale voice. A sober passionate whisper, rather than a hurried whisper drowned in the putrid smells of whisky and self-pity. It was that self-pity I loathed- she left me drowning in aloneness, while she drowned herself in a cup of lucid amber. Maybe it was this abandonment that stung more than the literal desertion of my father’s.

I startled expectantly as my phone began to ring, and an instantaneous wave of dread overcame me.  Suppressing all veracious emotion, I forced a cheery tone to dissolve my dejection and picked up the incessantly ringing phone.

Hey Sarah!” I exclaimed with convincing pretense, as I shut the door to quieten the bitterness that commenced below.

One thought on “my convincing pretense. ”