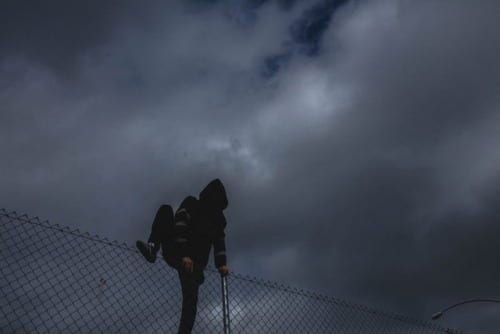 “The darkest places in hell are reserved for those who maintain their neutrality in times of moral crisis.” Dante Alighieri

Neutrality is an interesting place to be in. Supporting neither side, a neutral person is essentially an observer, stuck in the limbo between two worlds.

Perhaps this quote rings a bell to you as we reflect upon the recent events that occurred in the United States. We are talking about the death of George Floyd and the protests that subsequently followed.  Every state and many countries participated in protests surrounding the topic of black lives matter. Our city also participated in these protests.

For many of us, we are initially observers. We stand neutral as we first gather the facts as to what occurred before we come to a verdict. However, for some of us, we choose to forego the choosing of a verdict and instead ignore the situation as a whole. Or, we decide to follow the event and its aftermath, but remain as just a viewer.

Although we have all had a neutral stance on something before, recent events show how this mindset is not the one we should have in times such as now. As the quote puts it, those who refuse to pick a side are considered far worse than those who do pick a side, regardless of what each side stands for. We are in a time of moral crisis. Attention is being brought to issues we have swept under the rug for far too long. In my opinion, I see that this time is a great time as with all this attention, the voice of the populace is being heard and noted.

Through all of this, some people choose to remain neutral. To stand neutral, would be to allow both parties to wage their battle against each other. Being neutral allows a party to continue with its status quo. Even if their status quo is condemned by others, staying neutral provides them with the fuel to keep going. If no one is willing to actively stand against them, then why would they bother to stop?

Examining the quote again, it reflects not only the moral crisis we stand in currently, but it also mirrors every other moral dilemma throughout humanity’s history. Since we have that in mind, we then research them and realize that reform only came about when those people put their foot down and made their beliefs known. To drop to a neutral stance in a time of moral crisis is to essentially allow a belief you disagree with to flourish. You may despise it, but if you refuse to create action then the reaction will never arrive. It’s just how we function as humans.

Should we desire the reform we crave in this world, neutrality must leave our vocabulary as we take a stand in what we long to see. I ask you again to read the quote and to reflect upon what change you wish to see. Now go and initiate that change, I believe in you.