Reading through Night, I found myself on board a roller-coaster of emotions. With my own experience of learning about the events of the Jewish Holocaust, truth be told, I had never really found myself quite engaged with what there was to be taught. Non-fiction has not ever been a strong-suit of mine, but this proved to be something completely different. The way in which this memoir has been crafted is something that has kept me bound to each word and each sentence in spite of the fact that I had already known what all of this would come down to, and is something that is already known worldwide.

“There was a woman among us, a certain Mrs. Schächter. She was in her fifties and her ten-year-old son was with her, crouched in a corner. Her husband and two older sons had been deported with the first transport, by mistake. The separation had totally shattered her.” (Pg. 24)

On my first read of this memoir, I had not necessarily paid much attention to the person of Mrs. Schächter. She seemed on the surface to be just another figure dragged into the horrors  of the Holocaust. But now, as I look back and reflect on this piece as a whole, I begin to wonder why Elie Wiesel chose to focus on characters like Mrs. Schächter in the way he did, devoting about an entire chapter to his memory of her. Similar to Moishe the Beadle her presence is a quite brief one and yet it lingers. On the train where she is introduced, her screams find no pity with the other passengers, and she is soon brutally beaten to keep her quiet. Nobody takes care of her. Nobody feels the need to be looking out for her. Even her own son is silent in the measures taken to get her to be quiet. This breakdown of any ethical principles has come down to the point where it is quite frankly easier to be silencing Mrs. Schächter both physically and mentally, an approach that would not have even been thought of in a more civilized context. Characters just like these seem to be the only ones in the entire story that have any plans of evoking any change; however they are always the ones that are forced to succumb to the silence. They are the only ones willing to spread the truth, but that truth can only be spread if there are those that will listen.

“Our very skin was aching. It was as though madness had infected all of us. We gave up. A few young men forced her to sit down, then bound and gagged her.” (Pg. 26)

Personally, I feel that this is an aspect of the holocaust that is really quite overlooked, but it is definitely something that stuck out to me the most. These inhumane circumstances have led to a whole other breed of cruelty and indifference on its own. Although there are many other themes and ideas in this memoir that seem to overlap an idea like this, I feel that this is also a crucial lesson. The silencing of any voice, under any condition is awful. It is something that has been replicated all too often, not just within this holocaust alone, but with many others. 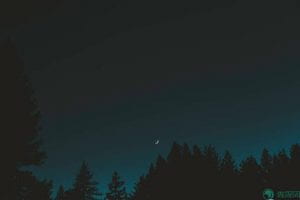 One thought on “A Silent Night – Personal Response”