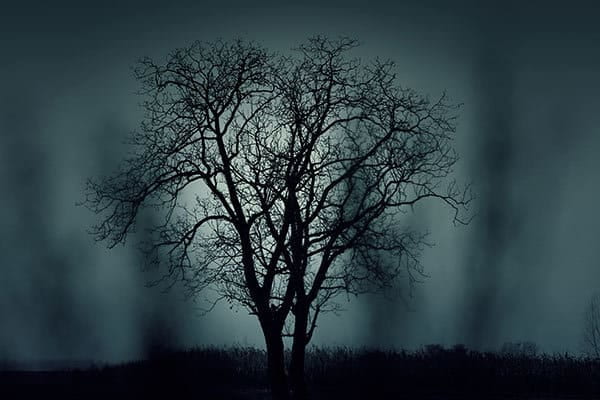 Night: This novel takes on the task of addressing and describing the indescribable, through the horrific account of an innocent witness, Elie Wiesel. Through his constant description of night and the loss of day, it establishes a metaphorical expression of the darkness and trepidation of that era. We, as humans, constantly exhibit fear as an elaborate system of self-protection, however, we fail to realize that in our attempts to avoid it, we place ourselves in more undesirable situations- those that completely override our original attempts at self-protection and comfort.

Through the sheer upsurge of fear that exhorts Elie’s father’s decisions, he fails to capitalize on several opportunities that he was bestowed, to save himself and his family from the tortures they later face. He was given the opportunity to take his family elsewhere and begin a new life and a new reality, but he was scared of new; scared of different. This fear of growth and unpredictable change gnawed at and eventually consumed any chance the Wiesel family had to escape the pain and agony that awaited them. How tragically ironic is that? Finding shelter in the mundane routine of their normal lives by dismissing an offer of change was his fearful reaction to being asked to step out of his comfort zone and try something new. However, due to this, he and his family were propelled into a situation, in which fear and constant change becomes the familiarity and normality of their reality. In his attempt to avoid a fear of his, he is inevitably subjecting himself and his family to more fear.

In the beginning, there is a persistent mention of the recurring theme of corpses who border the realm of life and death, all suppressed under blankets of fear; suffocating and gasping for air, unable to breathe as they became crippled under its inescapable force. The fear of death morphs these starved, hungry Jews that have been stripped of all life and personality, into walking and breathing corpses. How tragically ironic is that? In their attempts to escape an inevitable death, they accept the torture that is inflicted upon them, that dissolves any remnants of their humanity, until only a corpse-like individual remains. Instead of evading death, they are inviting it in another form, because they are scared to die, or moreover, scared to accept their fate. Initially, the fear of death motivated the actions of the living, until they realized that life is more painful than death.

Fear originates from the innate depths of one’s conscience that impels us to clash with our other inner emotions, and usually triumphs over their influence. As our world is being threatened by a raging virus, we can all relate to the feeling of being overcome by fear, which originates from the unawareness of what lies next. This same fear, obviously to different degrees, was manifested in the thoughts and actions of the characters in this novel. People from all over the world are being consumed by fear, not of the virus itself, but of the negative repercussions its spread has brought to various aspects of society. In the attempt to escape and rid themselves of this fear, people are impulsively spending money to stock up on necessities, whether they truly require it or not, without any regard for others. In return, grocery stores are tackling the fear of losing business by increasing the prices to an unrealistic amount, again, without any regards for others. Everyone is fending for themselves, as a result of wanting to conquest all forms of doubt, fear or unknowingness. However, as we strive to be prepared for anything to remove all traces of fear, we are essentially bringing about more fear and more uncertainty. How tragically ironic is that? As grocery stories are being drained of essential items to remove individual fear, more fear emerges in society. What about those who cannot meet the deadly increase of prices? What if we run out of necessities? Through the emptiness of the shelves in stores, fear lodges itself in the heart of society. But the individuals of society that recklessly and obsessively stock up without any regard for others, are the creators of this fear. Those that attempt to reduce fear through spreading fake comforting news, are unknowingly unfurling more fear and uncertainty about the reality of this situation. While escaping our initial fear of uncertainty by taking drastic measures, we are propelling ourselves into a more fearful and uncertain situation.

The measures individuals take to escape the restrains of fear, just captivates them under the clutches of intensified terror and dread. The obsessive race to outrun fear, just results in a longer and more dreadful chase, in which the outcome is unexpectedly sorrowful. Instead of running away from fear and making things worse, why don’t we just face it and deal with it?

How tragically ironic is that?