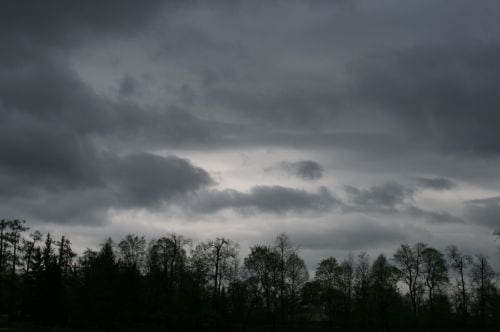 As children we ran

Carefree through the streets

Looking at the stars

Things I once saw every day

But the adults said that all would be fine, that everything would be quite alright

Then, one night: Saturday

Expelled from home and crammed into crates

And so we did

A man with a baton walked up

Father and I right

Mother and everyone else left

Fear strung up in the air, tears forming in my eyes

Father patted my head as he said,

“Not now, save the tears for later. I have you and you have me.”

Wrath of the guards ever-present

Food, food was all I craved

Oh father, where are your wise words?

He looked up to me

“Follow my wise words: you will survive, you will live to see the end.”

And so I looked him in the eyes

Saw the man I once hoped to be

Too much time to keep track

Darkness surrounding my every move

Until the shaking of the earth gave way

And so, I let it take me

Consume me beneath the stomping feet

For I once believed

And now I believe no more

Quite frankly, I struggled when it came to writing this personal response. When we first began reading ‘Night’, I was looking at it through the eyes of logic, rather than attempting to immerse myself in the story. To compromise, I pretended as though I was someone going through the same events as others in the concentration camps in an attempt to see things on the same level of Elie.

With this poem, it was based loosely upon the events that occurred within the novel, albeit, with a different ending. The central idea of the poem is that of perseverance. The repetition of the phrase: “We still believed,” or other variants of it help highlight how despite the darkness surrounding the person, they keep pushing through with all their might. However, the phrase mentioned undergoes as the poem progresses. A change in the phrase gives way to how the will to live is slowly being withered away until they reach the point where they are just a corpse. All sense of personality or soul eroded away as a result of the living conditions.

Just like Elie, the person in the poem relies on their relationship with his father as motivation to keep living. But both are slowly fractured as time moves on, leaving them vulnerable. By the time the person’s father passes, the person I wrote about is beyond repair and instead decides to give up as demonstrated by the lines, “So, I let it take me / Consume me beneath the stomping feet.”

The time before the concentration camp is given more lines to show how dynamic life once was, before repetitive misery swallowed up the people as they were transferred to concentration camps. Meanwhile, life after the death of their father is given fewer lines as a way to bring forth how life finally lost its appeal. This replicates Elie’s writing as after his father’s death, all sense of time is lost as all concerns about living vanish.

Overall, the poem is connecting to how Elie presented his issue with trying to persevere onward through all the darkness that encased him. The poem follows how the determination to keep going is severely hindered with the death of the person’s father, which closely replicates how Elie felt during that such event. Both of them end up feeling like corpses with Elie stating, “From the depths of the mirror, a corpse was contemplating me.” (115) and in my poem, “Fear, but numbed / Like a corpse I stumbled on through.” While Elie continued to push forward until liberation, the person in my written piece fails to find the spark to keep living. Therefore, the person surrenders themselves to death. With that, the phrase shifts from, “I still believed,” to “For I once believed,” as a final indicator that the end has arrived.