Dear readers, welcome to my creative response to one Elie Wiesel’s Night. Perhaps the most accurate way to describe my response is this: an open letter, directed at Mr. Wiesel, discussing and questioning Night. Enjoy,  but with casual caution, as the themes analyzed may be dark and depressing. (although I think many of us enjoy that).

Stay safe out there. 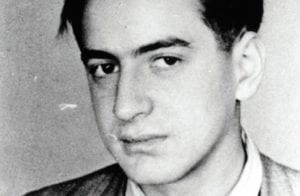 I’ll be honest, I found myself dreading reading your novel. Not out of fear for the horrific events it would undoubtedly recall, mind you, but simply due to the fact that, despite joining AP English, I find the task of reading the non-fiction genre a rather boring and cumbersome plight. Alas, thank you for proving me wrong. Your novel, simply put, astonished me. Each word was placed with perfect precision; each sentence balancing flawlessly with the narrative and plot; each chapter unveiling a new segment of horrible abuse and destruction upon the Jewish people. Mr. Wiesel, I could praise and analyze your work in Night at a surplus; it is just that beautiful.

Perhaps the most prominent theme I found in your novel was religion, and how your young protagonist Eliezer treats his own religion as the events of Night unfold. Before he is forced onto the transport leading all Jews to concentration camps, you introduce him as an incredibly religious individual who devotedly, almost blindly, worships and studies God. The whole town of Sighet is, in fact, quite religious; Eliezer’s father, Shlomo, is a prominent symbol of faith and God throughout the novel. You too, Mr. Wiesel, are a religious person (based upon some of my own research) and, even after the horrible events of the camps, you remain strongly religious. What amazed me whilst reading your novel was how devoted to God many of the Jews remain. Even as Eliezer berates God, saying “I no longer accepted God’s silence. As I swallowed my ration of soup, I turned that act into a symbol of rebellion, of protest against him.” (69), he still acknowledges the existence of God. I myself do not believe in a being that is omniscient, omnipotent, or omnipresent; how can an individual be so trusting of something that has no proof of existence? God, to me, is simply a creation of man to find meaning in a confusing universe. And yet, as I read your novel, I saw how one could be so religious during times like these. While being so close to death, an individual must confront themselves and only care for things that carry the most value to them. For the Jewish people, God wasn’t merely a figure to worship, but also an answer- an answer to death and the meaning of life. Why should they worry if this was all part of God’s plan? They may struggle now, but they will live without struggle in heaven. During these dark and horrible times for the Jews, they found an answer- solace- in worshipping God. Upon abandoning these principles of life, as Meir Katz and Akiba Drumer demonstrate, they lose all hope and become overwhelmed by ulterior forces, thus resulting in their own demise. This is why, Mr. Wiesel, I see why you remain religious despite the hardship you encountered. It is your faith in God that gives you an answer to human nature; the god of the Hebrew Bible is one who already knows what is yet to occur and whose plan is one that benefits all believers. Religion gave the Jewish people the hope of freedom, even after death.

The presence of silence was a theme incorporated into your novel that intrigued me. Not only the silence of the Jewish people’s god, but also the silence of the rest of the world during these events (after all, it isn’t until the end of the novel in which the first ally tank arrives). You, Mr. Wiesel, know the power that silence possesses better than most, being an ex-professor of humanities at Boston University. Silence has the power to grab one’s attention and allows one to focus completely on a task. Silence, it seems, leads to the survival of the fittest; it is through silence in which individuals are forced to become stronger and grapple with their reality in opposition to simply giving in.

Of course, the reality the Jewish prisoners and yourself had to grapple with was that of pure terror and inhumanity. Through your eyes we are taken through the gates of Auschwitz-Birkenau; we see thousands, nay, millions of people slaughtered (perhaps the most shocking being the killing of infants) in the very real flame of the Nazi party. Night is a novel so appalling in its nature that even the reader is affected; how is it possible for humans to treat each other with so much animosity?

Night is an example of what occurs when the absolute worst of society seizes power. People, identities, and customs are forced to reshape in the face of a new reality. Individuals that survived the events of the war, including yourself Mr. Wiesel, are haunted by memories of it. Your novel, I believe, serves as a warning to society and how quickly lives can be affected. We must learn from unspeakable events like this, for how can we expect to better ourselves as a society otherwise?

This is the beauty of Night. 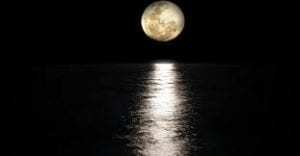