I remember quite vividly being fearful of skating as a child; the high dexterity needed and the impeccable timing each stride required was frightening and appeared near impossible. Upon even passing a hockey rink, my thoughts would be consumed with premonitions of my grisly death taking part in the activity with my family. I believe this is where my reliance on personal confidence first took hold of me.

Despite being terrified of skating, my mind was possessed by it; the very exercise of strapping two metal blades on my feet to glide on a pond seemed nearly indistinguishable from that of souring freely through the air like some magnificent winged creature. I knew even then that, for me, to skate was a way to achieve inner peace; it could provide me with a way to isolate myself from my problems and, in a sense, from the rest of the world. Of course, perhaps I was getting too far ahead of myself; I had yet to even attempt taking a stride on the ice and I knew even that would be a struggle. 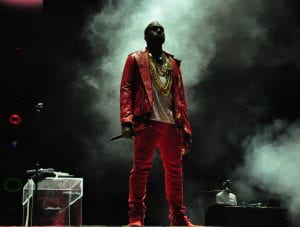 My many years of travelling to Las Vegas alongside my grandparents every summer, as well as indulging in music by Kanye West had presented me with a rather crucial reality: not the depressing world of gambling and prostitutes, although that was a sight to behold, but instead the world of believing in oneself, even to a fault. In his music, Kanye rapped ferociously about how nobody could stop him and how he was a visionary. With equal ferocity, my grandpa dove headfirst into the poker tables and played every round as though he were the greatest gambler alive. Of course, each individual made mistakes and paid the price (literally, for my grandpa) but I was amazed by how much their seemingly brash arrogance paid off.

Then it hit me: they weren’t being cocky and getting lucky with their successes, they were learning from their past mistakes and using that to improve, thus becoming more confident in their abilities. Their personal confidence didn’t only stem from their successes, but also in their ability to not give up and to keep striving for perfection. It was this type of philosophy that I needed to apply to skating- I just needed to be confident. I got my chance in a matter of days.

As I stood on a ledge, perched above the ice, my head swirled with thoughts of motivation. In Kanye West’s smooth Chicago voice, I thought to myself, I can do it. I repeated this in my head so many times I had begun to believe it and I took a calculated step onto the ice before me. Almost immediately, I stumbled and fell, my chin striking the shocking coldness of the surface below. As I lay there, I contemplated the situation I was in. Had I made a mistake? Should I give up? Alas, was the whole idea of even attempting something new pointless?

I pushed all those thoughts aside and carefully stood up, balancing upon the two tiny blades precariously. I could not give up, not when I was so close to succeeding. If I could not overcome an obstacle like this how would I ever expect to live out the wild successes of my dreams? No. I would not give up. I continued to skate and every time I fell I got right back up and continued to persevere, my balance becoming steadier and each step more agile.

The idea of personal confidence and how it can positively elevate one’s life has always been a concept I have held in high regard since. To me, it is that surge of confidence, and perhaps even cockiness, that fuels many of my everyday activities and interactions. Dear readers, personal confidence isn’t simply being proud of your accomplishments, but also having the confidence to bounce back after making a mistake. Even as I take to the ice in full hockey games now, I make mistakes every shift; it is the confidence in myself that allows me to continue playing hard and learn from those mistakes. After all, how can I expect to be confident in performing well at a task if I’m not even confident in myself?

I expect to be hit with adversity and challenges as long as I push to improve myself in life. These challenges may knock me down but I can safely say that I am ready to be knocked down. Again and again.

This is Ben Nixon signing off.

Other photo from myself

7 thoughts on “This I Believe: Confidence”