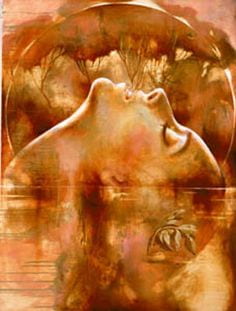 …the significance of an individual’s attempt to live unconstrained by convention or circumstance.

When the sun rises over the horizon, colour and light streak across the sky; hopes and desires for a new day, for a new future. It is this brilliant work of art which shapes an individual’s ideals, and therefore, they become fixated on reaching their horizon. Unfortunately, society can be cruel and deny an individual the ability to obtain their desires, often by setting in place restrictions which limits the focus on their horizon. The conventions placed on an individual constrain them to a life of appeasement and unhappiness; however, they never lose sight of their dreams and desires as it offers them hope. If by some miracle, they are granted freedom, an individual realizes their own strength and defies the expectations of others in order to seek out their own desires . Zora Neale Hurston portrays this idea through Janie Crawford, in her novel, Their Eyes Were Watching God. As a young girl, Janie witnesses the beauty and sanctity in marriage through nature, and begins to dream that one day, that same romance will be at her fingertips. Her grandmother, Nanny, fears the recklessness and danger within her grandchild’s desires, resulting in her attempting to constrain these dreams by marrying her off. When her patience with her loveless marriage ceases, Janie pursues a new life alongside Joe Starks, a man who offers her a thread of hope that she will be able to obtain her desires through him. After twenty years of false promises and oppressive jealousy, their relationship comes to an end with Joe’s sudden death. Janie accepts that without him, no one can directly hold her accountable to the conventions of this world and therefore, she no longer feels obligated to obey these expectations. The moment Janie is introduced to Tea Cake, her horizon seems brighter than ever and she is rewarded for her relentless hope to obtain her desires. To live unconstrained by convention is to defy the expectations of society and others in pursuit of one’s own ideals, often creating tension between themselves and a world who does not share the same convictions. In a world composed of structure and tradition, an individual often fights against the restraints in order to hold on to their dreams and desires. When they finally win their battle against the force who maintained the convention, they become aware of their freedom and set out in pursuit of their horizon.

Desires and dreams remain rooted in an individual’s mind for years, as they are often developed through past experiences, which ultimately have rather impactful consequences, specifically on a child. However, there are those who are in opposition of the dreams and desires of a youth, as it does not coincide with the plan an authority may have, thus leading them to interfere and create constraints in the younger individual’s life. For Janie, the initial interaction and longing for her dreams and desires; the moment her horizon was traced in the sky, occurred as she watched the pear tree blossom. This beautiful moment tempts her to seek out her own magical experience, which she finds by sharing a kiss with Johnny Taylor. Unfortunately, her grandmother Nanny witnesses the lustful act, and refuses to let her grandchild indulge in a fantasy that would later lead to men taking advantage of her; a scenario Nanny and Janie’s mother both knew all too well. In an attempt to constrain her promiscuous behaviour, Nanny grants Janie’s hand in marriage to Logan Killicks, an older man who fits into Nanny’s ideals of respect and tradition. “She knew now that marriage did not make love. Janie’s first dream was dead, so she became a woman.” (pg. 25) Since Janie’s dreams and desires are associated with aspects of her youth, her childhood is transformed into womanhood as her belief that marriage is built upon true love is proven wrong; one dream dies yet she refuses to forsake the other dreams and desires she holds close to her heart. Nanny enforces this constriction of marriage upon Janie as a means of preventing her from risking everything for her fallacy of love. She is more fixated on maintaining control through convention then allowing for Janie to explore her desires. Logan Killicks fulfills these expectations by keeping his wife locked in a structured environment; order and precision. The idea of Janie’s wishes ever turning into a reality becomes more fantastical in her mind each day as these conventions perpetually take control over her life, but she never loses hope. The conventions placed on an individual’s dreams and desires can hinder the development of their transition into reality, but the expectations can grow even more if feelings of envy and anger are implemented into a relationship.

A need for control is often how conventions manifest within a relationship. Yet, if these expectations are defied, some individuals can be angered by the lack of control they have and enforce their power. For an individual who seeks more from life, they find themselves lost in a shadow of unfulfillment and dissatisfaction. Janie left behind her grandmother’s stable conventions to seek out opportunity with Joe Starks. Throughout the course of their marriage, Stark’s expectations began to increase and his authoritative role demanded control over everyone and everything, especially his wife. At first, Janie is willing to obey, but when the conventions he paces on her restrict her freedom even further, she resents his actions, but continued to comply because his anger left her feeling weak. It is not until the moment he hits her for the first time that she feels the romance dying, the end of yet another dream. “She was there in the store for him to look at, not those others.” (pg. 55) The oppression Janie deals with stems from Joe’s insecurity and jealousy; the woman he called his wife was expected to cover her hair, a symbol of her strength and spirit, from a world of men. She was his. Expressions of his control over her occur throughout their twenty years of marriage, while Janie suffers with unhappiness and an expectation to appease. The conventions Joe places on Janie mirror her grandmother’s conventions, even though their relationship was derived from an act of defiance. Traditionally, women are meant to obey their husbands and respect their wishes; a role that Nanny sought for her through marriage to Logan and now, Joe maintains through his oppressive ways. The hope she held onto during her arranged marriage still lingers, but her sight of the horizon is getting darker and darker as Joe keeps her isolated from freedom and opportunity. Despite the loss of love between Janie and Joe, it isn’t until his death grants her freedom from his grasp; grants her to ability to seek out her desires and dreams away from the canopy of conventions. A step towards happiness is only attainable when an individual escapes their fortress of expectations and control.

Freedom is a luxury that can sometimes be granted to an individual. With freedom, comes renewal; in this case, a fresh perspective on how to live life. When Joe passes away, so do his convenions. Without a man to rule over her life or a guardian to guide her thoughts, Janie’s dimming horizon is restored to its previous brilliance. This is proven when she tears off the head rag and marvels at her own glory. No one is holding her directly accountable to the expectations that once determined her every move, and she decides that no one else will ever again. Without the conventions, Janie can now pursue her dreams and desires. Enter Tea Cake; the embodiment of what that blossoming pear tree symbolized. Pheoby, the only character in the novel who ever shows genuine interest in Janie’s desires, is concerned for her friend’s wellbeing. Although Janie appreciates this gesture of love, she is infatuated with her freedom. “Ah done lived Grandma’s way, now Ah means tuh live mine.” (pg. 114) Janie understands that without Nanny or Joe to tell her how to live her life, she can finally live it according to her standards; pursuing the dreams and desires that she has held onto since she was a little girl. The people who had enforced conventions and maintained accountability were no longer around. So when Tea Cake comes along, she is drawn in by his charm and good looks. Romance had sparked within her yet again, and this time, she was eager to follow her heart because it was different than before; this young man defied every aspect of her grandmother’s wishes. She had lived Nanny’s ideals out through Logan, then through Joe, but now she was the one in control. When an individual is finally able to pursue their own dreams and desires, they are so eager to follow their horizon no matter the risks involved; no force can stop them as they have already won their freedom back and are not willing to lose it again.

Buried beneath the conventions of society and others, an individual hangs on tightly to their dreams and desires, letting hope guide them through a life of unhappiness and appeasement, but when they defeat these expectations and step out into a world where they feel free rather than constrained, an individual discovers that they are truly in control of themselves and seek to defy the conventions placed upon them. When Janie saw the pear tree, she obtained a desire to explore her sexuality, and the concepts of love and marriage. Nanny initially established the conventions on her granddaughter to prevent a repeat of her own journey with those desires. Joe Starks convinced the dreamer of a fresh start, but then his jealousy and need for control forced Janie into a situation where she was expected to obey another set of convictions. But Tea Cake’s presence in her life rebirthed the dreams and desires she had pushed down for everyone else; the dreams and desires she had never lost hope for. She pursued a relationship with him because it was the first moment she had been granted to choose for herself. As the sun peeks over the horizon, the sky turns from night to day; dusk to dawn. There is light and colour, and there is no doubt in a person’s heart that change is at their fingertips; a transformation from a life of convention and oppression to a life bursting with dreams, desires, and control over one’s destiny.