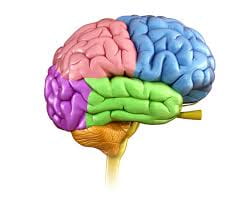 The Human Psyche of Actions and Motivations

The nature of motivations that direct an individual’s course of action.

Humans pride themselves on being intellectual beings; being more civil and logical than any other species on Earth. Humans are considered advanced and yet, the motivations behind one’s actions might not be all that rational. Victor Frankenstein is no different from the average human in that way, and yet, neither is his monster. However, it is the nature of their motivations that changes the extent of their actions.  In “Frankenstein”, Mary Shelley uses the human psyche to convey how emotions and morals can motivate an individual to make and change their actions, and how when torn between the two, the stronger one always prevails.

Emotions can show a person what they need to survive, but can also blind one from the truth. From passion to pain, emotions influence every decision one makes in their life; as one can either push away or embrace their emotions to motivate them. In “Frankenstein”, it is Victor’s passion that drives him to create the monster. His love for science makes him explore and he decides to create a being out of dead body parts, and then he reanimates them with electricity. After months of working towards this creation, it is as if his mind isn’t controlling his actions any longer. He is so driven by his passion to complete this creation for his own success that it isn’t until he finishes that he realizes what he has done. He also cannot control what comes next: as he is so overtaken with horror of what he has done, that he flees his house. Logically, one does not just leave a reanimated monster in their house, but Victor was so overwhelmed by his emotions that they took over and directed what he then did. When one is motivated by their emotions, they no longer think about the consequences at hand, but rather, do what is instinctive to them.

One’s morals and ethics on the other hand, are completely logical and thought through. When one makes an action based on their morals, they think of what is right and wrong and make their decision based on what they think is right. Morals are completely based on one’s experiences and what their perception of good is; and while it might not seem ethical to someone else, it still seems ethical to that individual. In the book, the monster begs Victor to build him a mate: someone to spend his time with so that he will not be alone. Against his own will, Victor begins to create this second monster; however, when he realizes the terrible thing that he is doing, he destroys the body and stops. He thinks about who else will be affected by the monster or the possibilities that could come out of it and decides that the risk is too much. He believed that if something bad happened, or if someone got hurt, it would forever be on his conscious, and would then be his fault. He knew that it was wrong to create such a risk and because of his better judgement, stopped. His morals and his gut feelings were what motivated him to change what he was doing and to stop his actions from harming others.

Emotions and morals are the two things that motivate an individual’s actions. When tied between the two, however, the stronger of the two will always win. After Victor destroys the mate that he promised the monster, the monster is enraged. The monster already knows the difference between good and evil, as watching the DeLacey’s taught it, however, despite having strong morals, the monster does not have the constraint to control itself in times of strong emotion. In this case, Frankenstein’s refusal to create a mate for the monster was the point in which the monster overlooked all of its morals, making it act solely on its emotions. The monster’s main emotion: anger stemmed from hurt; causing it to take revenge on Victor, by killing his love: Elizabeth.  In the book, it mentions that the monster decided to be the monster that everyone already thought he was. The monster always wanted to do what was right and kind, but in this situation, his emotions far exceeded his morals and therefore, directed his actions.

The two main motivations that an individual has in life are their morals and their emotions, and yet it is the stronger of these two that direct an individual’s course of action. Victor’s decision of making the monster was directed by his emotions, while his decision to destroy the mate was controlled by his morals. On the other hand, the monster’s emotions overpowered his morals when it killed Elizabeth. Most people don’t realize that these are the two motivations behind their actions, but if they were aware, it might make their actions more logic based rather than from their emotions.