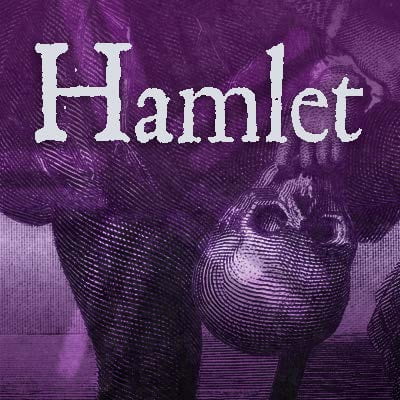 The experience of separation can result in an individual to encounter emotions that would hinder them from pursuing their desires and finding the courage as well. After one has experienced acts of extreme separation more than once, it will result them in progressively losing courage as time goes on since they by nature will become more cautious in order to conceal their true emotions. An initial response to separation from someone that has been a prominent figure in one’s life would often be that of misery, and would then lead to finding a purpose to fulfill in order to continue on with life. When an individual affected by separation encounters a situation dealing with an interference, it becomes common for them to act instinctively for the sake of pursuing their desires. As one is constantly overthinking outcomes to a situation, it can result in them overlooking an opening to finally fulfill their goal since their emotions gets in the way of their courage. In the play, Hamlet, William Shakespeare demonstrates that when Hamlet undergoes acts of sudden separation, he will continue to find techniques that allow him to successfully execute his plans such as fiending madness in order to conceal his emotional courage.

Hamlet experiences loss and happens to be influenced by this separation, leading him to contemplate on the purpose of his life. His melancholy periodically prevents him from maintaining a balanced identity. In the eyes of Hamlet, a balanced identity for him means that as a prince, he should be respected and trusted as well as having confidence that the status would provide him his needs in the future. The death of Old King Hamlet, a man whom hamlet respects and desires to emulate, led to the eventual misery that Hamlet experiences. With Hamlet’s need to emulate his father’s desires, the ghost provides Hamlet with a purpose to fulfill. “Revenge his most foul and unnatural murder.” (1.5) In order to achieve this plan, he fiends madness, both affecting the way he views himself and the way others view him, altering his balanced identity. Although criticized for his prolonged melancholy, Hamlet continues to provide reason for his ways, including how it is respectful to the king, which conflicts with the queens actions towards him when she states that Hamlet is being impolite. This accentuates the effect the king had on Hamlet and how he desires to fulfill his father’s expectations. As Hamlet continues to act mad, he loses the trust others once had for him from to his position. Hamlet’s status as a prince allows him to believe that he has his life prepared for him already. However, when given a new goal to avenge his father, he becomes independent in achieving this objective. The newfound goal is to avenge his late father: to murder the one who killed Hamlet’s father who happens to be his uncle, Claudius. Hamlet uses his melancholy for a reason to fiend madness in order to motivate his courage to be able to get revenge.

As Hamlet is motivated to pursue the desire of his father, Hamlet encounters a situation that becomes a hindrance in achieving the goal. Since he respects Old Hamlet as not only a father, but a king, he is strongly driven to meet the requirements of his successor. This means to fulfill his only request. However, when a hindrance is encountered, Hamlet finds ways to avoid confrontation through the means of his feigned madness. Ophelia confronts Hamlet about her need to avoid him. During this process, she returns his gifts and denies to love him. Distraught by what is already going on in his life, Hamlet acts irrationally by telling her he loved her, and then contradicting himself just moments after. He then begins to berate her and her sins. “Get thee to a nunnery: why wouldst thou be a breeder of sinners? I am myself indifferent honest; but yet I could accuse me of such things that it were better my mother had not borne me: I am very proud, revengeful, ambitious, with more offences at my beck than I have thoughts to put them in, imagination to give them shape, or time to act them in.” (3.1) Hamlet accuses Ophelia of being a sinner after she agrees to betrays him. He exaggerates this by comparing it to how it would have been better if he had not lived. He even states that he is proud, revengeful and ambitious which reflects the desire that is to kill the king. Although she does not know exactly why he said that, it still affects her greatly and Hamlet knows this. Hamlet intentionally avoids Ophelia as a means to remove a potential obstacle in his path. He does not even appear to show any remorse after his spiteful words towards Ophelia. This can be an indication that his impulsive behavior towards Ophelia was a result of his need to remove her as an obstacle in his path.

Individuals who once were prominent figures to Hamlet later deceive him, completely altering their relationship with Hamlet as well as the emotions that Hamlet feels towards them, and the courage needed to seek revenge against them. Rosencrantz and Guildenstern were once childhood friends of Hamlet, whom Hamlet once trusted. However, Claudius uses this information to take advantage of Hamlet and use his old friends as spies in order to keep Hamlet under his eye. Rosencrantz and Guildenstern agree to this because they were going to receive riches so they betrayed Hamlet. They were willing to escort Hamlet to his execution, but with the interception of the letters, Hamlet was able to replace his execution letter with those of Rosencrantz and Guildenstern’s. Hamlet even admits to Horatio that he had no sympathy for them because of their betrayal towards Hamlet. This shows that Hamlet is capable of having the courage to remove Rosencrantz and Guildenstern as an obstacle in his path through the means of execution, despite the immorality of the situation. He has also presented that he is finally able to not allow his emotions get in the way of his desires. As Hamlet continues to encounter potential obstacles in his path, he discovers each time a way to move around them, simultaneously developing ways to conceal his emotional courage.

Events such as separation have the potential to force an individual to find ways to conceal their emotional courage since they are driven by certain motivations to complete a certain task. When Hamlet discover the cause of his father’s death, he seeks to not only avenge him, but emulate his desires. This causes him to not only conceal his emotions but suppress them more easily when he tries to eliminate an obstacle in his path. The encounter with Ophelia is an example where he had to act in such a way. The way Hamlet reacted to the betrayal of Rosencrantz and Guildenstern would strongly suggest that he has gained the ability to not allow his emotions and feelings of morality get in the way of him eliminating such an obstacle in his path. Individuals will continue to encounter situations that will progressively allow them to develop abilities that will more strongly allow them to achieve the desires that they had from the start.