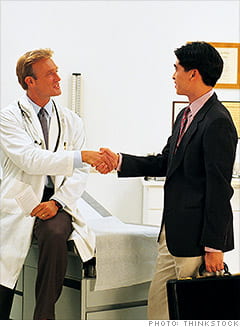 Scientists and Salesman are both great professions until they begin to overwhelm ones life and take total control – ultimately leading to the individual’s demise. Two literary texts that explain this idea perfectly are Mary Shelley’s Frankenstein, demonstrated by Victor Frankenstein’s raging passion for knowledge – particularly science, and Arthur Miller’s Death of a Salesman, portrayed by Willy Loman’s burning desire to achieve the American Dream. Through an analysis of character, many similarities between Victor and Willy can be found.

For starters, both Willy and Victor are extremely determined and are filled to the brim with an unyielding drive to succeed. They remain persistent throughout their respective journeys and will stop at nothing in order to achieve their passions and desires. Willy is much more stuck within his idealism than Victor because later on, Victor does have some time where he is not optimistic and idealistic. Willy finds that he uses optimism and false pride in order to create a motivation for himself to accomplish the American Dream. Victor, however, uses his passion for science and desire to pursue knowledge as motivation for himself to attempt to achieve the impossible. The difference between Victor and Willy is that Willy never achieves his dream, whereas Victor achieves his dream of creation. Overall however, Victor’s main dream is to pursue knowledge, and since you can never truly grasp all knowledge it can be stated that Victor did not completely achieve his dream; thus, neither Victor nor Willy achieves their dream.

In terms of their dreams of being a salesman and a scientist, they are both a conformity to societal trends at the time. During the time Frankenstein was written, 1817, many discoveries in all fields occurred which is why Victor Frankenstein was showcased as an example of going too far in this very conventional passion. With “Death of a Salesman”, it was published in 1949, which was around the time when individual’s all attempted to achieve the American Dream. This showcases that both Victor Frankenstein and Willy Loman are symbols of common folk of their times, and they both show the negative consequences of conforming with society. This showcases the similarities between both the professions as well of a scientist and salesman.

Looking further into Victor and Willy’s life, we see a similarity in their treatment of women. Victor believes that Elizabeth is his alone and that he essentially “owns” her. Willy does a very similar gesture towards Linda as he continuously order’s her around and lacks any care for her at all. In Victor’s case it is not as apparent because love can still be seen between them, however Willy showcases that he has no care and respect for Linda. This returns to the historical analysis because during both these times, women were mistreated and were not given the care and respect that is given nowadays.  Additionally, this lack of care for women seen in both Victor and Willy supports the notion previously mentioned that they symbolize the common folk of their times. A connection can be made regarding treatment of women and their dreams because it is because of their dreams they cannot focus on anything else, which leads to them prioritizing women last.
Through their similarities of idealism, conformity, and treatment of women, there is much to be said regarding Victor being a reflection of Willy in a different time period, with  a different dream.

One thought on “Scientists and Salesmen (Frankenstein Response)”