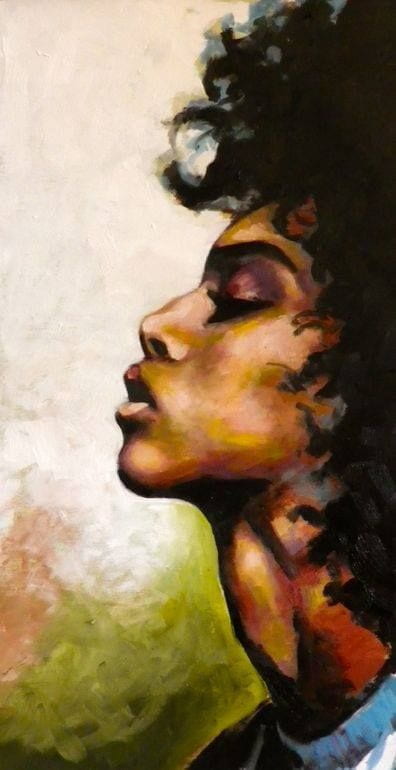 – Their Eyes Were Watching God –

Convention can be defined as the traditional way something is usually done, especially when it comes to the ways of a culture or a society. They create a common ‘code of conduct’ for a group of people which defines what actions are to be considered acceptable for certain social roles. For example ‘the ideal wife’ is conventionally meant to be the one to cook dinner, love her husband, and stay silent and submissive. However, being tasked with fulfilling these societal expectations creates a fear in people — a fear of being different. This fear forces individuals to act ‘appropriately’ because the prospect of being different in a society brings the prospect of being judged and unliked. Individuals would much rather give up their own happiness and be constrained conventional ideals than fail at their responsibility of pleasing others’ expectations of them. This idea of being constrained by convention is demonstrated by Zora Hurston’s character Janie in her novel Their Eyes Were Watching God. Janie, being an African-American woman in the early 1900s, faces the constraints of conventional roles from an early age; nonetheless, her desire to live (and love) freely, wants to be unconstrained by convention. Her responsibility to individuals like her grandmother, Nanny, and Joe Starks force conventional rules upon her which consistently trump her responsibility to her own happiness; but once she is freed of such roles and forces in her life, she is finally able to advocate for her own unconstrained, and happy, lifestyle. Hurson, through her developing characters and plot, demonstrates how one’s responsibility for their own happiness is compromised by their responsibility to convention when they take on a higher responsibility for pleasing others expectations of them. Consequently, they will live a life deprived of joy and will continually be constrained by the will of others until they actively seek their own happiness by taking a greater responsibility for themselves. Once they finally are able to take a greater consideration for their own life than they do for others, they are able to achieve their own desires of happy through an unconstrained and unconventional life.

When one’s pursuit of convention is based off of their responsibility of others, they will compromise their own happiness to please the desires of those they respect. A few days before being forcibly married to Logan killick’s, Janie justifies that, “…she would love Logan after they were married. She 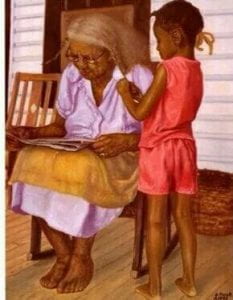 could see no way for it to come about, but Nanny and the old folks had said it, so it must be so.” (Hurson 53) Here Janie convinces herself that, because her Nanny (alongside her elderly companions) seems to always know what’s right for her, her life with Logan Killicks must eventually be happy. However, she doesn’t know that for herself. She instead trusts her Nanny as she was the only one who ever took care of Janie in her youth. Over the years, Janie developed a respect for Nanny’s judgment as she believes that Nanny will always do what is best for her. So, Janie goes along with whatever Nanny wants her to do because she believes that pleasing and honoring Nanny is her highest responsibility, even at the cost of her own happiness. Because of this, Janie is ignorantly controlled by following the conventional role of what a good girl must be, according to her grandmother; she must never step out of line or do anything wrong because that is not what her Nanny deems to be acceptable in their way of life. This conventional standard is reinforced every time she does step out of line, like when she was caught kissing Johnny Taylor: her Nanny yelled at her and condemned her to the forced marriage, a final resort to secure a life of convention before Janie’s blossoming desire for love ruins her reputation. And Janie goes along with it. She accepts the conventional marriage to a respectable husband (Logan Killicks) not for her own joy or by her own will, but simply to please the desires of Nanny. Individuals will always have a wish for an unconstrained life (for Janie this unconstrained life comes with true love). However, individual’s life choices will constantly be controlled by their responsibility to please others. This creates a life of conventionality as they will lead their actions with the intent of doing what would be socially accepted to please the wants of those they feel responsible for. They will disregard their own happiness to ignorantly continue their life constraint by convention.

When one believes that their conventional life is all they will ever have, freedom from their responsibility to others comes as a surprise to them; consequently, they then take a greater initiative to be responsible for what they want to ensure their happiness. After disobeying her 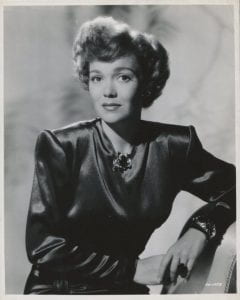 grandmother’s request to stay with Logan Killicks, by following her heart yet another time, Janie ended up marrying Joe Starks. However, Janie was again forced into submission by Joe much in the same way that her grandmother did, but this time she had a greater responsibility to others because she was not only trying to please the wants of Joe, but also was trying to please the wants of the entire town. Because of this she was again forced into a life controlled by convention as she tried to fit the conventional role of being the ‘mayor’s wife’. She made Joe dinner, cleaned the house, and attended the shop, always aware that she had to put on an image of what the town, and more so, what Joe wanted her to be. The worst of it being the fact that she was unable to leave as she still held her responsibility to Joe, no matter how much he constrained her happiness, she could not leave for fear of the condemnation that would follow her and Joe for not having the ‘conventional marriage that a mayor must have’. It wasn’t until Joe’s death, many years later, that she was relieved of such a role to the town. Though she still had to put on a facade of grief for the people to believe that she fit the conventional standard of being a good wife, Janie was finally free and she loved it. The narrator even states that, “…she liked being lonesome for change. The freedom feeling was fine.” Janie, finally free of the one person she was bound to by convention, begins to find her own responsibility to herself. However, at this point in her life she is hesitant on marrying or running off with just anybody because she doesn’t want to fall into the same constrained life of convention she has lived all her life. When one’s entire life is surrounded by convention, a taste of the unconstrained freedom feels, “fine,” but not amazing because they become weary of their future actions for fear furthering their involvement with others. The road to upholding one’s own responsibility to themselves (and their happiness) comes at the cost of having to let go of their responsibility for others and their life of constant appeasement. Janie finds this responsibility to herself by following the one thing she has ever really wanted in her life – true love.

When one has full responsibility over themselves and thus full control over their life, they can no longer be constrained by the conventional roles of society, allowing them to freely pursue their happiness. When Janie was pestered by worried comments over her breaking conventional standards and running off with Tea Cake (a younger man), she stands her ground by saying, “Dis 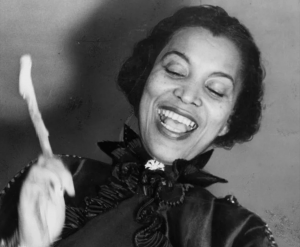 ain’t no business proposition and no race after property and titles. Dis is uh love game. Ah done lived Grandma’s way, now Ah means to live mine.” Janie is finished with living up to her grandmother’s conventional roles of being an appropriate woman and now instead follows her own will. She has no desire to live up to societal standards of living the prosperous ideal of The American Dream but instead decides to follow her own dream – a dream of love. By running away with Tea Cake, Janie shows her first act of defiance while living unconstrained by convention. Being a rich, goodlooking, woman, makes Janie the target for potential husbands who share her wealthy status while still being older than her (as the conventional wife was often much younger than her dear old husband). However, she decides to run away with young, broke, but devilishly charming Tea Cake who breaks the  conventions of society as he pleases. Janie falls in love with him, and for the first time in her life makes a choice for herself; she didn’t run away with Tea Cake to please him, it was simply to make herself happy. Individuals cannot be constrained to society’s conventions if they aren’t constrained by anybody, and by living with a man as free-spirited as she was, Janie finally was able to enjoy the soul purpose of her unconstrained life: being happy. Individuals who decide to be happy for themselves, unconcerned about their obligation to others, will forever be unconstrained by any boundaries which conventional standards would normally put forth. By letting go of their responsibility for others, individuals are able to focus on their own wants and needs ultimately leading to a more fulfilled and happy life.

Through the novel Their Eyes Were Watching God, Zora Neale Hurston displays that as one takes a greater responsibility for themselves, they allow to live unconstrained by conventional standards. Initially they may not realize how constrained their life is by such conventions, but through more and more independent actions they eventually discover the freedom and happiness that follows self-responsibility.