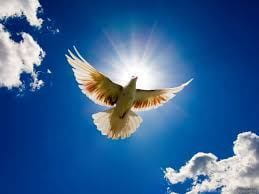 …The ways in which individuals pursue or compromise their happiness.

Individual’s must always pursue happiness. The pursuit of happiness can be characterized as the desire to obtain personal satisfaction. Furthermore, individuals find the most personal satisfaction through achieving or progressing towards an ideal. An important aspect of happiness is that without other individuals to enjoy that happiness with, happiness becomes impossible. In the novel, Their Eyes Were Watching God, Zora Niele Hurston showcases the pursuit of happiness, through Janie’s decisions with her marriage and life choices made for the sake of true love. In the novel, Hurston presents the notion that individuals pursue happiness by chasing an ideal vision. The ways in which they do so is through the abandonment of issues causing dissatisfaction, then by living free from constrictions that limit said ideal vision, and finally by sacrificing security for a chance at achieving the ideal life.

Happiness can be pursued through the escape of negativity, even if risks need to be taken, as suggested by Janie during her relationship with Logan Killicks. In the novel, Janie decides to leave Logan Killicks for Joe Starks, due to being forced to work as seen by when Logan tries to find a mule for Janie to help work the field. Furthermore, Joe Starks promises Janie fortune and freedom from work in order to persuade her – and since it brings her closer to her ideal life she decides to leave. This evidence suggests that Janie has decided to leave negativity in hopes of achieving internal satisfaction through the expectations created by Janie herself and Joe Starks. There is symbolism seen within Janie and Logan’s in reference to the mule. Symbolically, the mule itself represents victimization and control – which presents the idea that Logan only sees Janie as an object to use at his disposal. Others may argue that Logan loves Janie and does not see her as an object, however Logan only married Janie because she is young and beautiful. Since Janie doesn’t want to work, she feels that she is being controlled by Logan, and thus decides to leave. When an individual is unwilling and they are forced to work through any means it becomes control. Since Janie is unwilling to work, she pursues her happiness by avoiding the work and deciding to run away from Logan. Individual’s find a way to maintain or increase personal satisfaction by avoiding something that will decrease the personal satisfaction. Furthermore, satisfaction causes happiness meaning that escaping and avoiding problems causing dissatisfaction or negativity also develops happiness – thus, the pursuit of happiness. Afterwards, Janie furthers her journey towards her ideal life through freeing herself from constraints of conventions

Freedom causes individuals to become internally satisfied since they receive choice in life and are able to live without the constraints that cause unhappiness and further one from their ideal life. Janie showcases her freedom and living without restraints of conventions when she removes the head rag that Jody forces her to wear and reveals her hair to everyone. This evidence shows the overcoming of restraints and restrictions by overriding an order ultimately developing freedom. Symbolically, Janie’s hair is representative of her identity which means that she is revealing her true self and no longer hiding due to restrictions. The revealing of one’s true identity is a way to pursue happiness; however, it is the freedom that allowed for the reveal of true identity, thus freedom becomes a way to pursue happiness. Individual’s also find that when they make their own decisions – they are impulsed to make said decision due to a hope of happiness and achieving the overarching ideal which shows the reason Janie decides to remove her head wear. All in all, through the development of freedom one is able to make decisions solely based on internal satisfaction, caused by getting closer to the ideal life – ultimately leading to happiness. After, one must sacrifice their security and delve into uncertainty in order to gain a chance to fully attain their ideal life and reach complete happiness.

Love is a powerful, but uncertain force that is able to bond individuals in such a way that they even security and stability does not matter, which can help reach one achieve their dream life – leading to happiness. Hurston portrays this idea though Janie’s decision to leave Eatonville to marry and live with Tea Cake, taking only a little money with her out of her enormous supply of money.  Evidence in this proves how love is able to override the stability and security of money. Additionally, in the text it is stated that Janie is “on a high chair” during her time with Joe and even after he dies. Symbolically, the high-chair means of authority of power – and since money was power and security at the time it can be understandable that Janie is on the high chair. The chair’s significance is that it proves Janie’s financial stability which proves the notion that love has overcome financial security in life – which was the most important security for most people of that time. Furthermore, in the previous paragraph it was explained how Janie’s decisions were based off of happiness – meaning that love can be a source of happiness. Moreover, she had created her ideal vision of life early in the novel which indicates her pursuit to reach that ideal to be the pursuit of happiness. Since love can be a source of happiness, then by finding love one is in fact pursuing happiness. Furthermore, when one finds love during a time of loneliness, they form a bond of trust which also creates happiness. All in all, personal happiness is pursued through the searching and finding of love – since decisions are based off of internal satisfaction, as well as love forming a bond of trust creating happiness.

Personal happiness is caused initially by escaping one’s negativity and problems, then by developing freedom, and finally by finding love to share a bond of trust. Through the character of Janie, it is noticed how a free spirit is always pursuing happiness imposing the idea that some people pursue happiness more than others. As a very stubborn character, Janie is obsessed with finding the true meaning of living life which fully allows her to pursue happiness in all circumstances – regardless of conventions. Furthermore, Hurston explains how individuals pursue happiness through escape, freedom, and love, which are all thus decisions of happiness.