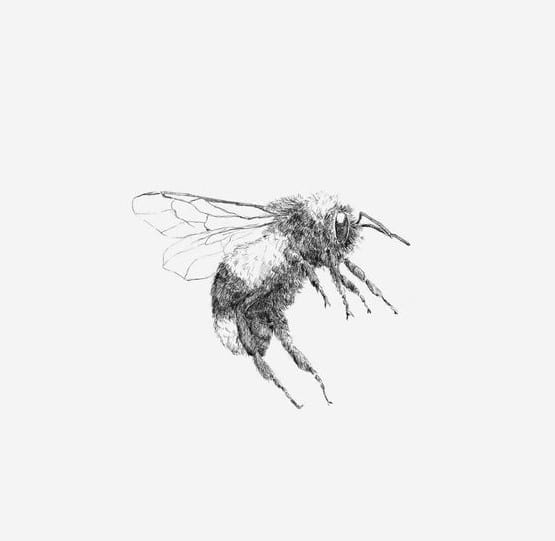 …the role emotional courage plays when an individual experiences separation.

Accepting the validity of one’s emotions and holding to them, even in the face of tumultuous circumstances, is perhaps one of the bravest things an individual can do. By being undeterred by the judgement or hardship that might be caused by one’s adherence to their beliefs and feelings, emotional courage is exercised. This courage, however, is often hard to come by; the few who are emotionally daring are far outnumbered by the many who are emotional cowards. These fearful individuals do not have the conviction to maintain their values. Instead, at the first sign of danger or conflict caused by their beliefs, they raise the white flag and learn to defer to others. Their path is one of least resistance, and often these individuals live their lives according to the emotions and beliefs of others, too afraid to listen to their own. That being said, there is a glimmer of hope for these individuals, a circumstance that can free them from their repression. When an emotional coward is separated from others, there is no possibility of conflict, and thus they are free of any restrictions and can act as their own beliefs and emotions direct them. In William Shakespeare’s play, Hamlet, the Tragedy of the Prince of Denmark, the Bard explores this idea through the character of emotionally timid Ophelia and her gradual separation from the men who have come to dictate her actions. Through this separation, Ophelia is able to do what her cowardice previously prevented, feigning madness just as the tragedy’s title character did to voice her truth. The text asserts that an individual who is lacking in emotional courage will subsequently lack the bravery required to adhere to their own beliefs where they conflict with others, instead abandoning their beliefs and complying with the beliefs of others. Because of this dependence, separation will have the initial effect of confusing the individual, who defers to others to dictate their behavior, but ultimately the separation will result in the individual regaining control over their actions.

When individuals who are lacking in emotional courage are contained in society, their cowardice will prevent them from living their own truths where that truth conflicts with the opinions of others. This is demonstrated in the first scene in which Ophelia speaks, her introduction to the audience. In her heart, she is a girl in love, holding utmost faith in her partner Hamlet’s affections as evidenced by her assertions that Hamlet has “importuned [her] with love” (1.3.119) and that he has sworn his devotion “with almost all the holy vows in heaven” (1.3.123). Though the audience rarely speaks with this true Ophelia, her father Polonius and brother Laertes fill in the gaps, elaborating on Ophelia’s past actions and providing hints to the feelings she truly wishes to act upon. Despite these indications of her feelings provided by her meek defenses of Hamlet’s love, Ophelia claims that she “does not know what to think” and allows Polonius and Laertes to impose their views and advice upon her. Both male figures advise her against her trust in Hamlet, which directly contradicts with the emotions that Ophelia truly holds. Though it is clear that she does not feel the same as her family, she allows them to override her opinions and emotions, demonstrating her emotional cowardice and, thus, her inability to choose her own course of action. She disagrees with the opinions and advice she is being fed, as indicated by her words regarding Hamlet, but her feeble inability to be true to herself where that truth necessitates conflict causes her to renounce her beliefs and adopt the beliefs of those around her. The emotional coward lacks the bravery and faith in their feelings to maintain those feelings in the face of conflict, and thus, when the individual is subject to any manner of outside influence, they will not fight for their beliefs and will simply absorb the beliefs of those around them to avoid friction. When surrounded by influences and potential for conflict with loved and respected family, the emotionally fearful will acquiesce to the opinions of others; however, when the individual is separated, the loss of this source of direction will upset the stability of the individual’s reality.

An individual who has been too fearful to live by their own thoughts and feelings will begin to depend on the feelings of others as a force to direct their actions. If that individual is then separated from that source of guidance, their loss of direction will lead to profound confusion and purposeless action. For Ophelia, this is seen during act three / scene one, wherein her father uses her as a pawn to discover if Ophelia’s rejection is the source of Hamlet’s madness. Ophelia is clearly fed a script by her father, as indicated by the inclusion of a rhyming couplet expressing a pithy saying at the end of a line: “Take these again, for to the noble mind / Rich gifts wax poor when givers prove unkind.” (3.1.110-111) Polonius’ speech is consistently filled with these types of aphorisms, while Ophelia has never been shown to use that manner of diction. Polonius positions his daughter to reject Hamlet again, but once Hamlet is in the room with her and the script runs out, there is no way for Polonius to guide her. When separated from her father and his direction, Ophelia is unsure of how to respond to Hamlet, responding to his long, rambling statements with short and simplistic responses, often in the form of repetition and questions. Here, Ophelia is separated from her strongest influences, and her confusion about how to handle the situation is made clear by the shortness of her replies. Due to emotional cowardice, Ophelia is again unable to act according to her own beliefs, and thus she is unsure of what to base her actions upon when isolated from the influence of others. As was established in Ophelia’s introduction, she does not want to end her relationship with Hamlet, and thus her father’s inability to create a direct impact on her in this scene could provide her with an opportunity to express her love for him. However, she has rarely used her own thoughts as a basis for action, so that does not occur to her as an option. For those who share Ophelia’s lack of emotional courage, their cowardice prevents them from recognizing the validity of their own feelings as a basis for action, but the condition of separation also removes the possibility of using others as a basis for action. Because the isolated and emotionally fearful individual does not have any guidance for their behavior, they will behave in a confused and unfocused manner, unsure of how to conduct themselves in the absence of their regular guiding forces. They remain fixated on the vague impression of what they should do rather than what they want to do, adding to their confusion. Despite the initial confusion it causes, however, separation removes the possibility of conflict, thus creating new opportunities for the emotional coward.

Separation removes the possibility of an individual’s thoughts and feelings coming into conflict with that of others, and thus completely erases the need for an emotional coward to show courage while still allowing them the freedom to act in accordance with their own desires. Because of this, unexpected separation can be a kind of second chance for emotional cowards to live their truths, even if they cannot muster up the bravery to do it in the face of conflict. For many, Ophelia does not exhibit this ability to live one’s truth when separated; her separation leads her to a loss of control, not a regaining of it. However, her “madness”, far from a legitimate break from reality, actually indicates Ophelia regaining control over her course of action once the possibility of facing conflict was removed by separation. When Ophelia’s delirium appears, it is after her ultimate isolation. Hamlet rejected her, her brother is in France, and her father, by far the most controlling and the force Ophelia bowed to time and time again, is dead. She is truly alone, but she is more in control than she has ever been. On its surface, Ophelia’s singing and handing out flowers is madness, but if this play holds one lesson, it is that appearances are often deceiving. The mad prince himself is only feigning madness, putting on a show of insanity in order to speak and behave as he pleases and to serve his own ends in a country that does not want him to do so. Ophelia’s madness appears to be a similar condition. Her ramblings contain meaning, as indicated by the symbolism behind the flowers she distributes. She offers flowers to various characters with meaning and purpose behind them, subtly using symbols like fennel to call the king deceitful and, most telling of all, stating that all her violets, representative of her faith in the goodness of others, have “withered” now that her father is dead. Through her madness, she is speaking her mind in a way that she was too afraid to while her family and significant other remained present. The amount of method packed into her “mad” behaviour indicates that Ophelia, like Hamlet, is using madness as a tool to express herself, and is finally able to act based upon her desires due to her separation from her influences. While hiding behind madness still demonstrates her lingering cowardice, her separation still enables her to express herself more freely here than in any other instance in the text. For individuals lacking in emotional bravery, cowardice prevents them from living based on their own values under normal conditions. While one is surrounded by individuals with whom one could conflict, it is easier to defer and abandon a life based upon one’s emotional truth. However, the absence of people in one’s life coincides with the absence of conflict. When the fear of conflict prevents the emotional coward from freely expressing themselves, it is only separation that sets them free.

Individuals lacking in emotional courage live a fiercely restricted life, as their fear leads them to defer to those around them, never living as they truly want. As emotional cowards are separated from others, however, they move away from their initial confusion due to a lack of outside guidance and a refusal to trust their own emotions. They gradually become free to act as they wish without fear of conflict with others, as there are no others with which to conflict. Hamlet’s Ophelia demonstrates this, as her loss of contact with her influences allows her to finally take control of her own life in a way that her cowardice had previously prevented. Separation allows her to abandon her previous life of adhering to the beliefs of others, and set her free. For the emotional coward, the fear never recedes, so their only hope to be fulfilled and to live a life unrestricted is to escape the possibility of conflict altogether.