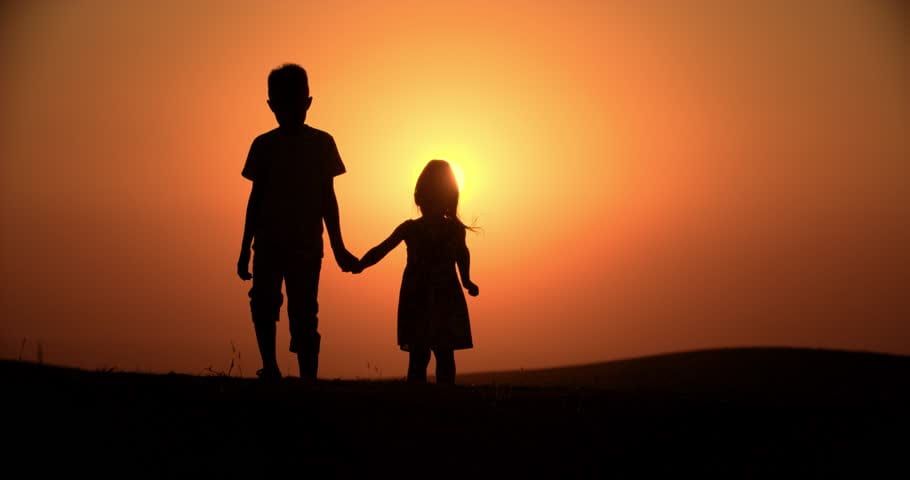 … the impact of separation in an individual’s life…

In the car, on the way to the airport, I found myself remembering the day he left. I probably asked 100 questions to prepare for the moment when he would wave goodbye as he walked through those doors. Until that point, my whole life revolved around my older brother. We used to build model airplanes and play video games together. It feels like yesterday and a million years ago at the same time. A lot can change in 3 years, I know that I have. I couldn’t help but wonder if I’d even recognize him if he’d even recognize me. Of course he would he’s my brother, right? With each passing minute, I felt the tension in my stomach grow in anticipation and anxiety. Why am I so nervous? Three years couldn’t change our relationship too much, could it? Then it was time. I tried in vain to suppress the wave of nausea that rose in me as I stepped into the airport. I trailed my parents through the terminals as they talked excitedly about Roger coming home. And then I saw him. His long hair had been cut short and his once pale smooth skin was tanned and calloused.

“Angie!” I heard him yell. As soon as I saw his familiar smile I was off. I sprinted across the airport and I was in his arms again. He didn’t smell like the Roger I used to know. “Look what I got,” he said excitedly handing me a brand new model airplane building set.

“Thanks,” I said, not wanting to tell him that I didn’t make model airplanes anymore. As we made our way to the car I caught him glancing at my new appearance. The car ride back home was awkward at best.

“So Angie, how’s your airplane collection going?” Roger asked to get the conversation going.

“Actually she goes by Angela now Roger she grew out of Angie years ago,” Mom said without looking back at us.

“Oh,” he whispered turning his face to the window. The rest of the car ride consisted of Mom and Dad asking him questions about what it was like as a pilot in the military. I stayed silent because I didn’t want to have to tell Roger that my name isn’t the only thing that has changed. When we got home he went straight to my room expecting to see the airplanes we’ve been building since we were younger displayed as they were when he left.

“This airplane is gonna look great in the collection isn’t it,” he said as he ran upstairs to my room.

“Roger wait I-” but it was too late he had already yanked the door open. I watched his face drop as he scanned my pink room.

“Oh,” he started “where are your airplanes?”

“They’re in the attic I- I don’t really do that stuff anymore,” I said “once you left I guess I … I kinda lost interest, I’m sorry.”

“No it’s ok Angi- Angela I’m just gonna go downstairs and see how suppers going,” he said leaving. I knew he was crying but he turned his head away at the very last second so I wouldn’t notice.

I felt my own tears roll down my face. Why wasn’t this working? It’s supposed to be how it was before. I stood there in my room scanning myself in the mirror. A lot had changed. My once short brown hair was now long and bleached blonde. My once boyish attire was now switched out for skirts and tight-fitting shirts. I used to be a mini Roger but once he left I kind of had time to figure myself out without him. I stood there looking at myself until I was called for dinner. As I made my way down the stairs I heard the hushed voices of my parents and brother in the kitchen.

“What happened?” I heard my brother ask “When did she change so much?”

To which my mother answered “She didn’t stop growing because you left; she actually became more of her own person without you. This is who she is now.” Dinner was filled with the sound of my mother talking and not much else. As I looked across the table I couldn’t help but notice my brother studying me. It was like he was trying to figure me out. Later that night while I was in my room I heard a knock at my door.

“Can I come in?” I heard Roger say through the door. As soon as I gave my permission he was in my room sitting on the edge of my bed like he used to when we were younger. “You’ve grown up so much without me,” he started “my little sister is not so little anymore. It was stupid of me to think that you would stay the same. I know that I’ve changed. I just remember how when I left you asked me so many questions. I was so worried about whether you were going to be ok without me. I know now I shouldn’t have been. You are your own person now. You don’t need me anymore.” He grabbed my hands as he said: “I want to get to know you again,”.

I hugged him tight as we shared a tear. Until he saw the picture of my boyfriend I had on my desk. “So who’s this boy,” he said teasingly as he picked up the picture “ and when do I get to meet him?”

With that everything seemed right again. We were two very different people than we were three years ago but I was confident we’d get to know each other again. I didn’t need him anymore but I was glad to have him back in my life.

6 thoughts on “I Want To Know You Again – Polished Personal”