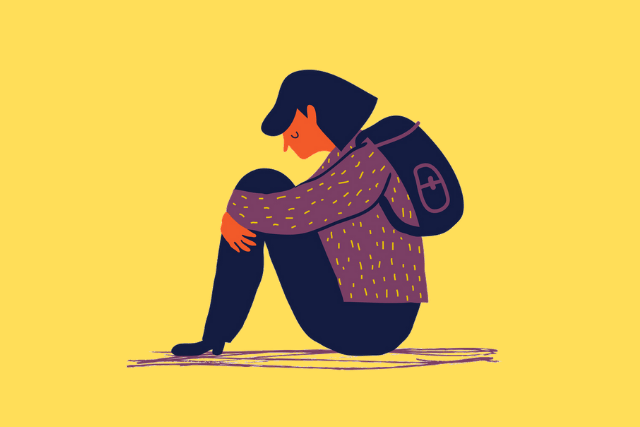 “…an individual’s response to the constraints of convention or circumstances.”

Seven years since I’d been to India. It was like someone had copied and pasted the image my nine year old brain took right onto the street. I swore I’d time travelled into the past because to only things that appeared to be different were the three new portraits that had been lined up on the wall of my grandma’s bedroom. One of my oldest cousin, one of my brother, and one of my youngest cousin. Three baby portraits, three different sets of parents, three male grandchildren. I deflated onto the bed as my grandma poured a bucket of questions onto my chest, thinking that it would wash up the nausea that oozed through my skin. It was too much for me, the house frozen in place, the cheery look of my grandma, the portraits. Almost everything was the same yet nothing was. I was so naive, so blind to the truths then that it hurt to be able to re-experience what it was like before I got swept under the rug, forgotten, the way a little kid forgets all their old toys the second they see presents under the tree. And the worst part was that I could do nothing about it.

When I was little, I was an only child. I had my grandparents to myself whenever they come to Canada and they made everyday seem like heaven. I got everything a little kid could have wanted: my favorite foods, unlimited attention, and the strongest shield that has ever existed to combat scolding parents. I had the spotlight. I can clearly remember the warm moments of having something so loving to myself, the sore tears that rushed at the airports when it was time to say goodbye, the constant teasing of who was going to come see who next. Some of my fondest memories were of the long-distance phone calls I had with my grandmother, my Nani. Whenever someone said they had to go, the other would say,” I love you,” which would receive a giggly reply of ,” I love you a hundred times more,” which would continue to be followed up by higher multiples of affection, until we couldn’t think of numbers that exceeded “ a hundred kabillion zillion trillion million”. Out of my three living grandparents, Nani was my very favorite. I’d do everything with her, whether it was eating oranges in the sunlight or running around the coffee table in the living room until I inevitably tripped on the carpet and ended up giggling on the floor. Seven years ago, even after my sister was born, we were still the same wonder duo of “Pinky Sidhu, and Super Nani”, my hand in hers. Maybe that’s why it never occured to me that having a brother, and a new cousin would change things.

My brother, Sahil, was born November 6, 2014, followed by my cousin, Neil, who was born December 6, 2014.  Ever since then, I have become Simran Sidhu and she has become my grandmother. I only ever call her Nani when I speak to my family, otherwise, she is grandma. I noticed the first time she came over after Sahil’s birth. It had been a couple of months, and she had been spending her prior time with my uncle’s son, or rather her son’s son. She and Nanu, my grandfather, would facetime call Neil every night at 6:30 sharp to talk babble to him through the mic. After they left Calgary, I couldn’t help but notice that they never called to talk to us unless it was our birthday, or my mom wanted us to talk, despite the fact that my grandma and mother called each other daily. I covered these jealous thoughts up guiltily in the back of my mind, and pretended they didn’t exist. I mean, what kind of kid thinks that their grandparents didn’t care about them because of their gender? Two years ago, I realized that I was that kid, when I heard that my grandmother was throwing a big celebration for Neil and my brother after over a year of Nanu’s death. In my entire life, I do not recall my grandparents ever hosting a party for me or my sister. That was the basis of why it hurt to see those three portraits lined up on the bedroom wall. I no longer had the spotlight.

In that entire house, there is a seperate portrait for all three of the boys, a 10 year old collage from my uncle’s wedding that me and my cousin Riya are in, and not a single photo of my sister, Jazmin. I spent my week at my grandma’s house waiting. Waiting for a sign, for anything that showed some appreciation to me, or more importantly, my sister. I waited for her to pull up the carpet and to sweep up the forgotten relationship we had but I guess my grandma doesn’t own a broom because I was left twiddling my thumbs, wondering what I did wrong, wondering why my body had an impact on our love. On the third night at her house, I walked into the bathroom, locked the door, and cried a silent river that was so loud internally, that my ears were ringing.

I wanted to jump out in front at her and scream and cry and beg her to love me the way she loved the boys, wanted to rip down everything that distracted from the solid colours of my feelings, wanted to strip every lie and excuse from every sentence that we held. And what did I do? I cried and ripped myself to shreds, criticizing every flaw in my soul and body until I felt like the flaw. Broke the only thing I had any power over. I exchanged all of my self-esteem for the hope that she would use her powers to mend my shattered pieces. Flipped my insides out and pulled at the tangled strings our relationship, searching for a loophole, in the hope that I could shape myself to fit it. I looked for every alternative option because I wanted to love her so badly, and I couldn’t. All because I was constrained by the fact that it wasn’t my place to speak my true mind. I am nothing more than a 16 year-old girl. If I said anything to my grandmother, not only was I going to humiliate myself in front of our family, but I was also going to be cut down by my parents, and aunts and uncles, and every other relative you could think of, for speaking against my elder and for being a selfish child that wasn’t capable of being grateful. I know this because I told my mother about the pictures that adorn my grandmother’s house, and she said nothing more than that it was fixable, a coincidence, basically saying that my evidence held no power. No power. Maybe I was over analyzing this, maybe I wasn’t. The fact is that I will never know because I’ll be sitting here on the floor under the weight of my guilty, dirty feelings, wondering if I’ll ever be able to come out from under the shadows and ask what is really going on. The part that hurts the most is how far apart grandma and I have drifted, and how close we could get if I hadn’t been under these circumstances, if I wasn’t being held in place by the power above me.