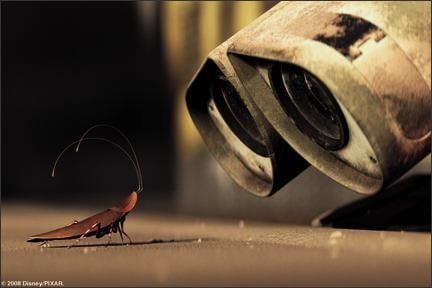 …the impact of separation on an individual’s life.

An eternity ago, I kept a little logbook of how many days I had been in orbit. Now, the seconds seep into hours and the hours seep into weeks, and I don’t bother to keep count.

I can’t tell you how long I’ve been up here, whirling through the outer reaches of the universe with only a lifetime supply of Very Cherry soda to keep me company. All I know is that it’s been longer than a while. Beyond the beginning of forever, before takeoff, I lived on a tiny blue planet in the Goldilocks Zone, piloting a life that was anything but just right. I loved recklessly at 100 lightyears a second, and every time I crashed and burned. I left my heart unlocked and over and over the wrong people broke in. It’s never like that up here. That day I ran from my home, took flight far, far away from everyone else, I was finally safe. There’s no one to hurt me way up here with the planets. The constellations don’t want to leave me – or at least they can’t tell me if they do.

Enough time has oozed by in my shuttle that I have almost killed the neurons that remember what home looks like. I’ve certainly let go of what I look like. The girl who lived on the blue planet was suffocated by her spacesuit. She is dead and gone, and now only a cosmonaut remains in her place. The cosmonaut doesn’t know what it feels like to be known. It doesn’t know the warmth of belly laughter late at night with people who care. All the butterflies in its stomach were flash-frozen on the trip out of the atmosphere. The cosmonaut’s only attachment is to the cherry soda, the shuttle, and the vast emptiness outside the walls. The suit makes me void. Antimatter – that’s what I am. A lack of being, an absence of substance, completely untouchable, unknowable. My anonymity is bottomless. My isolation knows no bounds. I suppose that’s by design – after all, you can’t harm nothingness.

Usually, I am content, drifting towards Saturn, then outside of the galaxy, maintaining my perpetual motion, but sometimes my brain forgets to do its job. It escapes the cosmonaut’s helmet and wills my hands towards the radio dial. I always turn to the same station when this happens. The speakers creak to life like old, old men, and voices croon about what they would do, all the wild and unreasonable sacrifices they would make, for their baby, for their child, for their mother, for love. The station stays on until the tears in my eyes make it too hard to steer and I have to turn it off. Nothing within me understands why I do it, but I do. After the dial is turned once more and that familiar crushing silence comes back to the shuttle, it takes everything within me not to set course for home. I have to remember why I’m up here. Earth is rowdy and cruel and dangerous and violent, and it’s better to be away from it. It’s safer up here.

In space, there is no harsh sun to scorch my skin, or open campfires to expand into forest infernos. No. In space, it’s cold. It’s so cold up here. There is no construction or hateful spitting of slurs or screeching sound of failing engines or falling buildings. It’s so quiet that my own heartbeat sounds out of place. Even if I could live with the heat and the noise and the risk on Earth, what keeps me all these lightyears away is that my orbit is solitary. You cannot care too much and get hurt when you are always, forever, so terribly, terribly alone.

How could I leave that? How could I ever become solid and whole again when being anti-matter saves me? It will always be safer to vanish. This is the only truth I know. I know that being an enigma will protect me, but I can’t always keep myself in the cosmonaut suit. Sometimes, my eyes will peer through the bulbous helmet, out the window, and I’ll catch a glimpse of another shuttle. I’ll see another space traveller bound for Saturn or further, safe and sound in their separation. Against all odds, my heart calls out to them every single time. I like to believe their hearts call back. Auras of loneliness and fear attract us together like magnetic fields, and for a second we aren’t so alone up here. I still haven’t been brave enough to send a transmission, but I always watch them drift until they become nothing more than a speck among stars.

We can split a cherry soda when we both land at home.