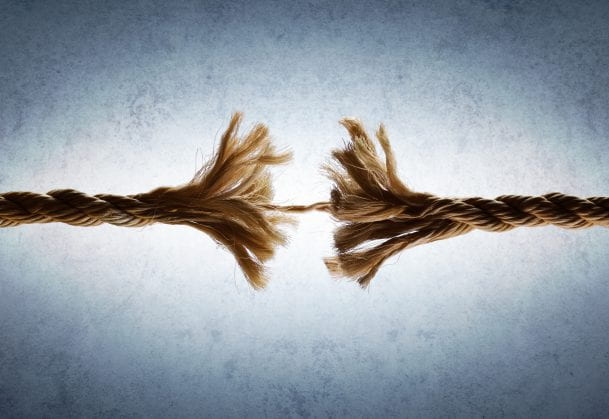 The impact of separation in an individual’s life…

Separation forms from the detachment of two previously connected objects. Similarly, separation occurs within people when they have emotionally or physically become detached from another. Through the experiences of separation, individuals are able to empathize and understand the feelings of others that have gone through similar experiences. However, individuals will find it necessary that one must move on ; in order to do so, they must find a method of coping which will allow them to either forget the experience or personify anything to make it similar to their previous state. In the poem “Perpetual Motion”, Tony Hoagland attempts to showcase the impact of separation in an individual’s life through the change and development emotions of the individual throughout his travels. Evident in Hoagland’s poem is that when an emotional individual undergoes separation, they feel empathetic toward others that feel the same type of hardships, which leads to the idea of coping through the idea of forgetting. Ultimately, the individual becomes unable to accept the separation and becomes depressed and border-line suicidal.

Empathy within the individual  is noted as they begin to understand how many others have felt during times of separation and loss. Furthermore, the individual enters a trance of sadness themselves because they are unable to control their emotions. It is seen in the text, “ an outbreak of that virus/ celebrated by the cracked lips/ of a thousand blues musicians”. It says the “virus” of an attempt to escape is used by many others. The individual begins to feel empathetic towards others due to his own sadness being recognized and displayed through music by the musicians. Individual’s find relief through the understanding that they are not the only people going through hardships. Tony showcases how music is related to empathy by using the music to spark empathy within the individual. Furthermore, the musicians are blues musicians indicating that they write sad songs. At this point, Tony introduces a theme into the poem: escape. Similar to how musicians use music to express and escape from their current state of being, travelling can be used to emotionally escape their state of being. Overall, individuals develop empathy for others as they are going through their own emotional sadness only to find themselves using empathy as a way to escape.

Coping is a strategy used by individuals experiencing separation in order to move on and accept the situation ; a way to cope may involve escape, but also through illusions and forgetting. The poem portrays this in the lines, “It’s the kind of perceptual confusion/ that makes your loved ones into strangers”, and “…the radio will/ almost have me convinced/ that I am doing something romantic.” Both the texts are suggesting the individual seems to have been separated from a loved one. The first text talks about perceptual confusion as a way to forget, however the second evidence backs up the idea of escaping into an illusion. It is evident that the narrator was very emotionally attached to whom they were separated by, thus the purpose of the illusion is to pretend as if he is still currently living within his past in order to create a bridge towards acceptance. Moving more in depth toward the somewhat described topic of escape, in the poem the narrator is both emotionally and literally escaping. He/she does so as travelling is a way for them to enter an illusion of one’s hopes and desires. As the poem reads “I am doing something romantic” it shows that the narrator’s hopes and desires are for a romance or perhaps – an attachment known as love. Individual’s attempt to use illusions to create a false hope compared to their reality to form a track towards acceptance. All in all, individuals impacted by separation emotionally escape their current reality through illusions of their desires in order to help one move towards forgetting and ultimately acceptance. When the illusion is broken however, one feels the separation once more and is now left alone to suffer.

When the individual is brought back from reality, they are once more attacked by the separation and find themselves to be isolated and alone, but still trying to move forward and accept – only to realize its futility and become depressed. In the poem this is seen in the text, “With my foot upon the gas,/between the future and the past,/I am here-/here where the desire to vanish/ is stronger than the desire to appear.” It says that when an individual is unable to accept the situation even after coping they find themselves wanting death. At this point, Tony showcases the theme of depression within the poem. All of the coping mechanisms have failed and after returning to reality, the realization of its futility causes the depression and the hope of death. Back to the topic of escape, it seems that since the illusion of escape has failed and is not able to help, thus the narrator has now chosen a new method of escape, an eternal escape – death. Individual’s that feel that accepting separation is impossible, become hurt to the extent to which they feel that death is better than life. Overall, once the reality of separation hits an individual after they try to cope, they feel that perhaps in order to solve the issue they must truly escape through the means of death.

The impact of separation on an individual is that they are overwhelmed with sadness to the point where they are empathetic of others going through similar hardships, later to attempt to cope through illusions and forgetting. However, when the coping method fails, they lose all hope of moving on and see death as an escape from their current situation. In the poem “Perpetual Motion”, Tony Hoagland explains that separation is able to force individual’s into emotionally difficult situations where they become unable to restore and create their life’s desires.