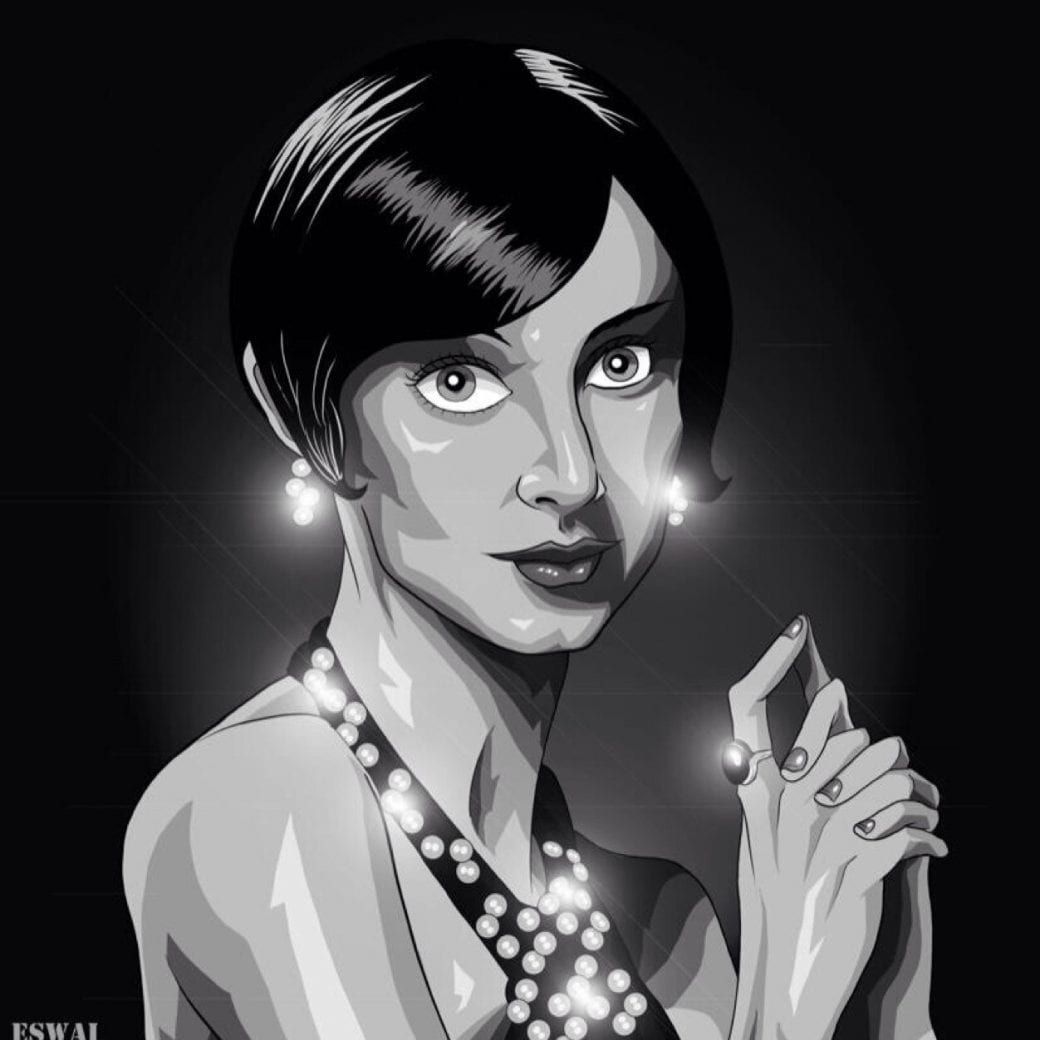 A character analysis regarding the dishonesty of Jordan Baker.

Response to “The Great Gatsby” by F. Scott Fitzgerald

Jordan Baker does not get much spotlight when it comes to the analysis of F. Scott. Fitzgerald’s classic, The Great Gatsby. With narration being focused on the love story between Gatsby and Daisy, the narrator’s desires are put in the shadows. Why does Nick Carraway, who claims to be, “…one of the few honest people that [he has] ever known,” fall for a woman who is so “incurably dishonest”? Why is his attraction towards her one of “tender curiosity” rather than genuine intimacy? In the end, why does he leave her when he is “half in love”?

Of all the characters in this story, Jordan Baker is my favorite because she is authentic in the most paradoxical way imaginable. We implore Gatsby for his blind pursuit of love, Nick for his selfless promises and even Tom for his corporate success, but we forget that Jordan left the whole situation unscathed because of her haughty and self-important nature. Fabricating truth for personal gain, accentuating herself to look better, and having a facade of indifference to maintain a semblance of power are all behaviors that shielded her vulnerability, and never brought her pain or sorrow. She is the only character in Fitzgerald’s novel that truly captures human behavior in its rawest most cynical form. One is only honest when they feel the need to maintain a respectable image to themselves and others, but when that care is not present, they are free to do as they please, feeling no responsibility to keep Truth in their lives. Thus, she is genuine because of her ingenuity. 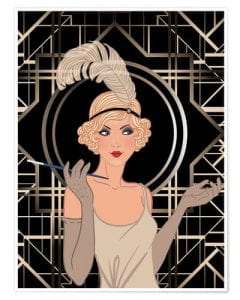 In the context of the setting, Jordan represents a flapper girl of the roaring ’20s. This decade was characterized by its economic prosperity, the Harlem Renaissance, and newfound feminine independence. Flapper girls were well-known for their outrageously provocative clothing, careless smoking and drinking in public, and casual indifference to sexuality. They had bobbed hair, listened to jazz music, and looked upon social expectations with disdain. Unlike Daisy who took the conventional path of marriage and children, Baker chooses to remain single, finding enjoyment in being admired by many men, such as our narrator.

Nick Carraway’s perception of the people surrounding him determines the reader’s impressions; therefore, initially focusing on his character allows for a better understanding of those he describes. Nick is observant, his interpretations of each character exacting and insightful. When he goes over to East Egg for dinner, for example, he claims that his cousin, Daisy, talks “radiantly” and “ecstatically”, having a voice that “men who cared about her found difficult to forget.” At first glance, he captures the very essence of her for the rest of the story, implying why men like Gatsby loved her so. He goes on to describe the “sad but lovely” appearance of her face, showing that he is invested in understanding a person based on the impressions that they leave on him. Later, when describing Tom’s deceptive nature, Nick notices how Tom is always “moving a checker to another square”, alluding to how he used George’s anger towards Gatsby as a way to get rid of his wife’s lover without getting his hands dirty. Nick further characterizes him through his physicality, observing that his eyes, “[give] him an appearance of always leaning aggressively forward,”. Readers initially see Tom as an individual who is always looking for personal gain and status regardless of the impact it has on those around him. Describing his lean, however, adds an impression of desperation, a need to prove his dominance, even if it becomes obvious to those surrounding him. Towards the end of the dinner, we see that Tom looks around with “restless eyes” as if he isn’t at peace with his affluent surroundings, once again, shifting the impression given. The description of both Daisy and Tom proves that Nick is confident and accurate in his interpretations, and thus, is a reliable narrator.

Then why when he notices that Jordan is raising her chin, as if “she was balancing something on it” can he not pinpoint what the “something” exactly is? Instead of being confident with his interpretation, he stumbles and feels the need to apologize just because he walks into the room. Most people that he is surrounded by do not take the extra step of hiding their personality, so it is easy for him to see who they truly are. However, Jordan attracts Nick not because she is pretty, or desirable, but because she is difficult to understand and interpret.

Looking closer at her, Nick notices that she is “small-breasted” and tries to cover it up by throwing her body back like a “young cadet”. The description gives her a masculine look, rather than the charm and beauty of her counterpart. Daisy is the most alluring of the two, described by Nick as having a voice that makes everyone want to lean in and listen. She is the epitome of feminine, marrying well, with a rich husband and a beautiful child. She is comfortable and steady in her luxurious life and has or feels no need to hide or prove anything to others. Her beauty and grace place her in a position of true power. On the contrary, Jordan is at the house as a guest, an underdog, much less appealing when sitting beside Daisy. Even the way she positions herself, makes it seem as if she is challenged by Daisy’s giggly presence when Nick walks in. Daisy has the privilege of being charming because she has the looks and lifestyle to support it. If a single woman like Jordan, who does not have the support of a conventional lifestyle, attempts to charm and please others, she would come off as desperate. She knows that by trying to prove herself beside someone who is already so well-established, will end up making her look lesser than she already is. As such, haughty disdain is the most suitable characteristic for her to exhibit. Unlike Tom’s lean of desperation, Baker jut of the chin keeps the world far enough that they do not notice her “hard, jaunty body” or absurd lifestyle choices. Self-importance acts as a shield for her vulnerability so that no one dares to question her insecurities. Moreover, she actively draws attention away from them by lying about her worth.

Being a liar is looked down upon in society; yet to Jordan, it is her only way of surviving. Nick claims that she is a woman unable to “endure disadvantage” and uses “subterfuges” to get what she wants. In a golf tournament, Jordan allegedly won the championship by cheating, and mysteriously, the person who made the claim withdrew their statement a few days after. This adds another layer to Jordan’s dishonest motives: she needs to win by any means necessary, even if that means fabricating the truth to get there. Without lying, Jordan’s status would be much lower what it is now, and, as such, it is a means of satisfying her need to maintain an illusion of success. Success, whether real or not, puts her in a position of power, and makes her stubborn and immobile. 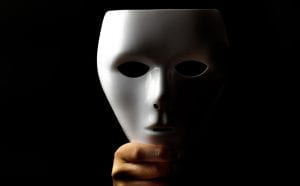 Jordan is not willing to please anyone, and others have to mold their actions to match hers. She holds this expectation to strangers as well. When she was driving Nick around the city, she said that other people will be wary of her recklessness so that an accident does not occur. She follows by saying that she likes Nick because he is not a careless man. Jordan hides her inability to be honest by surrounding herself with people who have no choice but to accept her way of being. Nick is selfless, and will not try to provoke, nor expose her shallow nature. Jordan has to limit those she lets close, for her facade to remain intact. If she falls for someone as dishonest as her, then her powerful and indifferent image would be exposed. As Nick beautifully says, “Jordan Baker instinctively avoided clever, shrewd men… because she felt safer on a plane where any divergence of from a code would be thought impossible.” She found this certainty when she met Nick and thought he would whirr around her for much longer than he intended to.

Many may question my obsession with such a shallow character, but they fail to realize that Jordan’s actions are the most realistic and illuminating. The story of Gatsby and Daisy seems as idealistic as Romeo and Juliet. Does an individual hold elaborate parties hoping that a specific person coincidentally walks in? Do they buy a mansion opposite their lover’s in attempts to be as close to them as possible? Do they take taint themselves with a crime they did not commit just because the actual culprit was “nervous”? Most likely not. Therefore, the relationship and associated pursuit between Gatsby and Daisy must be taken symbolically, drawing conclusions through the implications of the actions taken rather than the events themselves.

Nick and Jordan are a different case. They, not a story of ideals, but rather the realistic and often sad nature of attraction. Jordan did fall for Nick, admitting that he had indeed “thrown [her] over”. However, when Nick tells her that he is leaving, Jordan covers up her hurt by claiming that she is engaged to another man. She feels insulted and powerless, and wants to devalue Nick with her indifference, saying, “I don’t give a damn about you now.” Then, she regains a sense of dominance by insulting Nick, claiming that he is not the “honest, straight-forward person”, that she had imagined him to be. Jordan holds high expectations of her surroundings, even though she can or will never live up to them. An individual who is unable to exhibit honesty and integrity themselves will expect their surroundings to do so. When their desire for the obedience of others is not met, they blame their surroundings for dishonesty. After Nick turns away from Jordan, she will continue holding her shallow facade in front of the world. 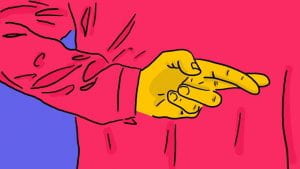 Jordan Baker is the character that we all are but fear to be. Do we feel undermined in situations because of our circumstances? Yes. Do we lie to ourselves and others to maintain an illusion of contentment? Yes. Do we hold others accountable to virtues that we fail to reach? More often than not, yes. Fitzgerald created gold of a character that faces against what good we think human nature is. We may claim to live according to set virtues, but our dishonesty is always lurking within, ready to pounce when we least expect it to.