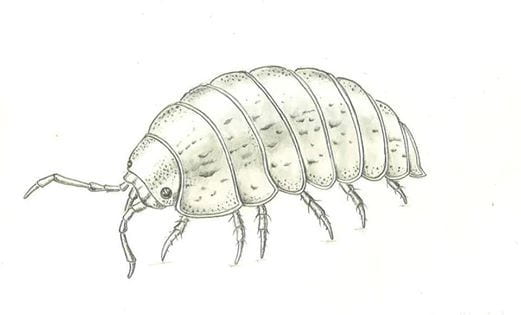 If afforded the opportunity, I would roundhouse kick my past self in the head. I’m hoping it would succeed in knocking some sense into her. It’s not her fault that she was so young and naive, but for her sake, I wish she would snap out of it. Truly, past Maria was insufferable. She thought that the question, “Who are you?” was the easiest question in the world, which I suppose it is if you’ve convinced yourself that you have the emotional depth of a Sim. Perfectionist, Goofball, Loner. Simple as that. Everything fit cleanly into the same I’m-Not-Like-Other-Girls blueprint. She didn’t care about the way she looked, would rather spend that time studying. She would rather spend just about all of her time studying – time with friends, time to relax, all of it took a backseat. Perfection is key if your worth can be boiled down to your biology mark. She followed every rule because that is just what you do. A consistent narrative emerged, and every new endeavour, every action, every choice was sculpted to fit it. My past self had found her niche and shoved herself into it, severing anything that spilled out.

As much as it terrifies me to consider, this Maria would still be in the driver’s seat if it weren’t for July. In July, I entered an alternate dimension more commonly known as British Columbia. My bags were packed for two weeks of a mock-university program, complete with a dorm room, opportunities to go off-campus, and more freedom than I knew what to do with. No one I knew was there – I could barely find another Albertan, let alone someone I had met before. After 17 years in a school system where everyone knew my name, I was unknown and untethered. It made me absolutely ecstatic. For two glorious weeks, I was a new person. The friends I made were the girls who would have made me avert my eyes in fear back home. I acted on impulse instead of on intellect, drank Redbull and danced in public to music I didn’t know. No longer a firm introvert, I sought out new connections everywhere I went – and always found them. I pushed curfew, walked Robson Street alone, broke the rules because sometimes you just have to to stay sane. For the first time in my life, I introduced myself with my name and my story, not my report card. Somehow, miraculously, I went those whole two weeks without telling a single soul my average.

This new Maria thrived in BC, but eventually, she had to return to Reality, Alberta, and the life she had created there. Parts of her got left behind in the dorm closet or lost in the baggage claim, but the majority of new Maria held fast. My parents said I’d changed, but I know that a part of this Maria had been within me since birth. There was a reason why the songs in my playlists were all about rebellion and rock n’ roll and giving authority the finger.  The little pang that came every time a day with friends was discarded in favour of optional homework was not a fluke. This new human I had become was no stranger, but an old friend I had shut out. She was the fat that kept getting trimmed in the name of consistency. July released me from the confines of my niche, and awoke a part of me that had been dormant for far too long.

In Bio 20, I was introduced to the idea of niches. Mr. Andrews asked us what we had been taught, and we all responded with the grade three answer we were used to: an animal’s niche is the thing it does for the ecosystem. Shocking no one, this answer was not even remotely correct. An organism’s niche within an ecosystem is all-encompassing, representing anything and everything it does that impacts its environment. For instance, consider the humble woodlouse (pictured above in the featured image). It is a decomposer, and a surface-level consideration could stop there. If one delves deeper into the life and times of the pillbug, however, its variety of roles in its environment becomes clear. Woodlice are natural aerators, assistants in the nitrogen cycle, contributors to soil’s nutrients with their decomposing moults, and so, so much more than the tiny compost bins they get boiled down to. If an isopod can be so multi-faceted (no pun intended), then why can’t I? Am I really about to impose more limits on myself than the limits imposed on a crustacean? A person, unlike a novel or a well-written critical, is not meant to have a unifying theme. Biology 20 taught me that if the niche you have found is consistent and coherent, it is likely incomplete.

In light of all that I have learned and all the time that I have wasted, I would like to offer some advice. I don’t have a lot of wisdom to impart, but this is something I believe all of humanity needs to hear.

To the person who believes they know precisely who they are, please reconsider. I was once had your confidence, your conviction in who you are, and I know how satisfying it feels to think your self-discovery is over. I don’t doubt that you know yourself well, but you do not know yourself completely. Even those of you who are still whispering in the back of your mind about how you are The Exception are not exempt from this universal truth. For you, my overconfident family, I have a request. Listen to the little voice that you dismiss as stupid. It has something of dire importance to tell you. What book-smart Maria could not learn alone, 80s-movie-rebel Maria taught her.

To the person who is stumbling blind, who has no idea who they are or where they are going, congratulations. You already have a head start on poor overconfident saps like me. We have to erase the lines we drew for ourselves, but you have a blank sheet. My request for you is simple: go nuts. Do everything. Seek out new experiences wherever you can find them. If what you discover is a jumbled and inconsistent mess, then good. That means it’s working. You are not flawed for not knowing who you are. In fact, you are leaps and bounds above the rest of our heads for realizing that you have room to grow. Sketches that believe they are paintings never get the pleasure of colour.

To everyone, all the Homo sapiens who have stumbled upon this message, I implore you to change your paradigm. Your niche in the world is not a MacGuffin to locate. It is a vast wilderness for you to explore. It is constantly changing and revealing something new. Go forth: survey, spelunk, and snorkel in your niche. Dig up the muddy and the magnificent within it. Trust me when I say, your future self will thank you.

6 thoughts on “niche: a bit of wisdom from me to you”