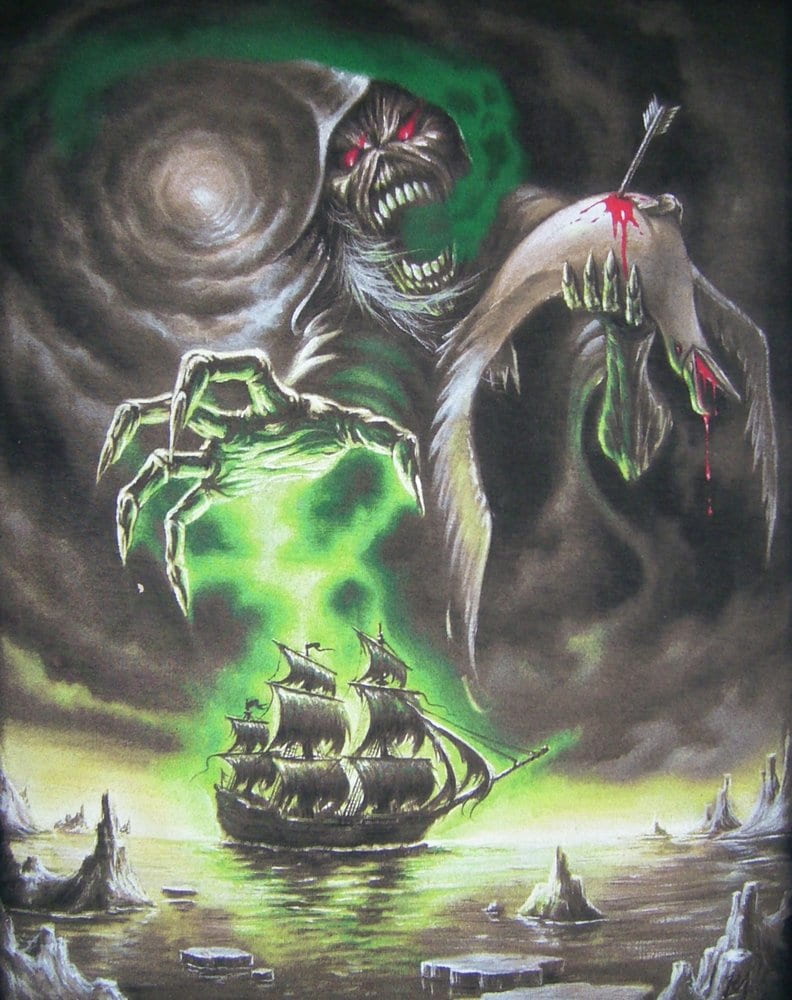 Altruism is the idea of self disinterest, a trait that promotes any friend to an elite luxury. Generosity to the extent of self sacrifice is a once in a lifetime, a rare occurrence that one is foolish to repel by any means. It is an assurance that one will have support in times of struggle, a lifesaver for critical danger.

The real question though is not how to become an individual that is altruistic, it is to what extent we respond to those who deny themselves for us. Too many people will exploit this albatross of a person, ensnaring its good fortune for themselves. Just like the Mariner, they snatch this person’s gift, desiring it for themselves respectively, pursuing the power the avian had over the other sailors; the albatross a symbol of power because of its good fortune it brings to people.

Such acts of selflessness are mercurial, the individual may cease in their bountiful acts when greed undermines their generous acts.

How appropriate of a response is necessary to these people blessed with this martyr personality? Reciprocation is absolute. Not only is it an honourable reaction to the selflessness, it fertilizes the act itself, inspiring oneself and the other to greater lengths. All are impacted, the chain continues to transfer generosity at a greater rate, compounding and accelerating. Inspiration is what it is, an awakening of one’s awareness of need around them. Such a gift is a revelation to some lives; the difference between an intransigent self doubt or pursuit of awakened opportunities. Generosity is the key to unlocking the potential of anyone affected, the game is found in the unknown result of one’s actions. Not only does it lead to self fulfillment, it ripples the deceptively placid water, awakening those grown content in still waters, stagnant, unaware of the prospect that life could be better.

Daisy is the epitome of this argument: What a low blow she delivers Gatsby. I remember reading and complaining in disgust: the self-preservation of Daisy that corrupted the benevolent intentions of Gatsby. Gatsby was devoted to Daisy like no other in any text I am aware of; an obsession some may view as extreme, others as romantic. My perception is that his inexperience and youth root his love for her. She has a stereotypical syndrome that the rich usually get in literature, and that is of being impulsive and moody. While at war she marries Tom, simply because she does not have the patience to wait for Gatsby to return home from war; sidenote, another aspect of Gatsby’s patriotism to America and his selflessness. His persistence is remarkable, having learned of her marriage, he risks his freedom venturing into an illegal business with Meyer Wolfshiem to accumulate the funds he needs to impress the wealthy standards of Daisy. His lavish parties are not for his own satisfaction; they are strictly an alluring method of tempting Daisy back into his home to remind her of her past affiliation with him. Providing this is not enough, Jay insists he is to blame for the murder of myrtle, a true marytr out of love. And how does she respond? She ignores his chivalry and flees, leaving Gatsby to endure the repercussions for her exploitative nature.

Daisy is rich, she is incapable of understanding sacrifice, having been catered her entire life. She lacks the appropriate politics of social affairs, accustomed to being sacrificed for; an unbalanced power in a relationship. With this mentality Daisy will snipe the albatross for her glimmer of fortune. It allows her to choose her own destiny, not be told what to do by the men in her life. By taking its power symbolically she unleashes the consequences of her actions. Gatsby is murdered, followed by George Wilson, the life of Nick’s changed forever, the gem of West Egg now abandoned, the party, the fire extinguished, and her own guilty sub conscience of leaving Gatsby to die for her sins. Without the regard for her actions upon others, she pursues self-preservation because she knows nothing else.

This is the result of socialization of the wealthy. They are accustomed to all bowing down to their wishes, experiencing a privilege that constructs an identity of superiority to those of lower social classes. The youth need to have an altruistic identity instilled inside of them from an early age, one that counteracts the greedy urge that dominates the impulses of so many. We need a generation of those accountable to each other, silently supporting each other in an interconnected web that will maintain a society that encourages sacrifice in cooperation, not exploitation to get ahead.