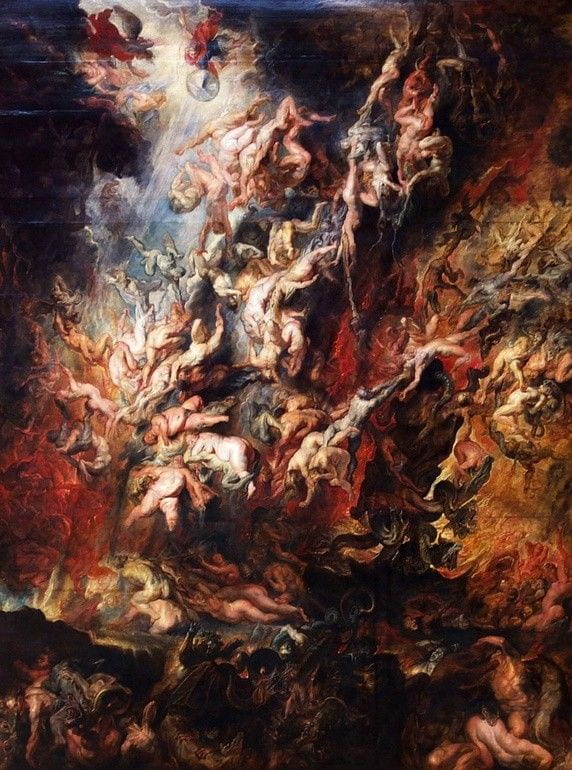 …the nature of motivations that direct an individual’s course of action.

To accept and love an individual despite their flaws is the epitome of grace; courteous goodwill towards another. Within society,

individuals desperately seek out this love and acceptance. They thrive under the belief that the grace bestowed upon them will

provide comfort from reality and protect them from isolation. Many bare their souls to a world that is less than kind, hoping that

a spark of grace will ignite. Unfortunately, by putting themselves in such a vulnerable position, individuals risk rejection and

abandonment. For those who are rejected and abandoned by other individuals whom they sought grace from, they become

motivated by their pain and grief to obtain their desire of grace even if it means by force. Frankenstein’s monster was created out

of curiosity and wonder, which quickly transformed to terror and disgust when Victor Frankenstein initially laid eyes on it. Rather

than granting grace to his creation, he abandoned him, staining the monster’s soul with the first stroke of hatred and pain. The

monster then comes across the DeLacey family, who’s affection and grace towards each other fills the empty hole in his heart.

When they discover the creature, they too abandon him and he retaliates by engulfing their home in flames. Finally, he comes to

the conclusion that Frankenstein is to blame for his turmoil. The monster demands the creation of a companion, or he will further

inflict his wrath upon Frankenstein’s beloved. In the novel Frankenstein, or the Modern Prometheus, Mary Shelley develops the

idea that when an individual is shown a lack of grace, their pain and grief motivates them to seek out their course of action,

obtaining the love and acceptance they were denied, which may lead them to respond violently to rejection and abandonment.

acceptance they once had for even a moment. Victor Frankenstein eagerly anticipated the birth of his creature, a life long dream

that was finally being brought to life. As electricity animated the mutilated corpse, Frankenstein could no longer see the beauty in

his master piece. Rather than embracing the life he made, he abandons his creature, thus breaking the paternal bond between

them. “Oh! no mortal could support the horror of that countenance.” (49) Frankenstein could not bring himself to offer grace to

his monster, as his fear and disgust overwhelm him after he awakens from a nightmare to see another nightmare towering over

his bed. For an innocent creature who only knew that this man was his master, a fatherly figure of sorts,  and that he had done

nothing wrong, the reaction of Frankenstein was shocking and rather unsettling. The abruptness of his abandonment pushed him

to venture off into the unknown, already having a blow inflicted upon his innocent soul, for with rejection comes resentment and

pain. Without his master to offer him guidance, the monster set forth on a course to find grace, a significant tool in shaping one’s

morality and thoughts. He sought out someone who could provide him with the love and acceptance he desired as it was apparent

Victor Frankenstein was unable to do so.

When acts of grace are displayed or witnessed, the outcomes leave a lasting influence with the individual, motivating them to

focus on their course of action, obtaining love and acceptance from other individuals within society. After the monster observes

the DeLacey family, he becomes infatuated with the connection they share, and attempts to gain the family’s grace by aiding their

blind, yet benevolent father. “…the past was blotted from my memory, the present was tranquil, and the future gilded by the

bright rays of hope, and anticipations of joy.” (104) The monster desired the grace and connection rooted deep within the

DeLacey family. His pain momentarily subsided as he imagined a life where he too would be loved and accepted by those who

understood Felix DeLacey returns home to a monster towering over his father and kicks him out. Instead of maintaining the grace

he showed his foreign lover, the son reacts out of fear and disgust, rejecting and ultimately crushing the monster’s hopes.

Heartbroken, the monster retreats back to his hovel but after he returns, he discovers that the DeLacey family has abandoned

their home and him as well. “…produced a kind of insanity in my spirit.” (125) His pain is unleashed through flames upon

realizing he has suffered yet another betrayal, someone he was convinced would bestow grace on him left without a second

glance. The perpetuation of abandonment in an individual’s life can alter their course of action by creating resentment and pain,

motivating them to pursue a modified version of their previous desires. The monster realizes that no human will grant him the

grace he desires, so he begins to pursue a new course of action; pursue the acceptance and love from another monster.

If an individual’s desire for grace are not granted, anger and pain manifest within them and soon those negative emotions are

which motivate them to forcefully obtain the love and acceptance they believe they deserve. The monster faces his master and

retells his story of abandonment and lack of grace. He concludes with a simple demand for Frankenstein: provide him with a

female companion with the same flaws or he will take revenge against his creator’s loved ones. In this moment, Frankenstein

reluctantly agrees to fulfill the monster’s wish, despite its brevity. “I am alone, and miserable… but one as deformed as myself

would not deny herself to me.”(130) The creature has come to terms with the fact that his grotesque appearance has created

prejudice, which interferes with the grace he desires. He is motivated by his resentment towards his master and the pain he has

acquire after experiencing abandonment, to fulfill his course of action, obtaining grace, love and acceptance from another. Each

time, he has been denied his desires so this is humanity’s last opportunity to grant him any ounce of grace. The monster appeals

to Frankenstein’s sense of sympathy and logic in order to obtain this grace, but the following rejection plunges the creature into a

cycle of agony and vengeance.

Throughout an individual’s life, they may experience grace and become attracted to the impact that this love and acceptance

provides. This brief encounter urges the individual to bravely venture out and seek grace from others if they have been deprived of

it. However, their vulnerability can lead to rejection and abandonment, which only strengthens an individual’s will for grace even

though it would have to be forced. They soon become motivated by pain and anger rather than hope for grace; their course of

action taking a violent, demanding turn. Frankenstein’s monster had a vague understanding of the idea of grace, and therefore

sought it out in every encounter he had. The DeLacey family and Victor Frankenstein were blinded by fear and disgust of the

creature that they could not fathom how to love or accept him. Their abandonment continued to fill his ever darkening heart until

the pain was too much and he could no longer pursue the grace of man; instead, he demanded that the man who brought him into

such a hateful society should build him a companion for comfort, the last chance for a human to bestow grace upon him before he

vanished forever. A world without grace is a world full of destruction and chaos; an individual is motivated through their pain and

anger towards society and become obsessed with obtaining their desire for love and acceptance by any means necessary.