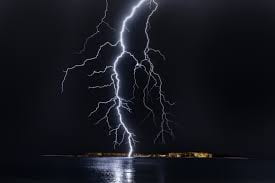 Although written over 200 years ago, Frankenstein is a novel that still beats in the hearts of students today. The themes and issues presented in the book of ambition, self-satisfaction, and regret all play a significant role in the lives of individuals living in the present. One can compare the way the characters of the novel dealt with the theme in comparison to how readers are dealing with them today. When looking at the history of Mary Shelley’s life, she was surrounded by many scholars. She listened in on innovative discussions that

verged on the edge of new discovery in what was called the enlightenment period. These new ideas and thoughts brought up many risks and issues in Mary Shelley’s eyes, which she brought up in the novel; one’s ambition to achieve self-satisfaction can cause them to prioritize their wants over their morals, leading to making choices that cause regret.  This can lead to an immoral, scientific development, effecting all who surround that individual.

Humans are continually pushing and working to be the best. Often we can develop a drive and ambition to be the best that we can be and will not be satisfied until we achieve our personal goal of rising to be the best. We see this in Frankenstein, in Victor, as well as in our lives today in our school and work. Victor develops this ambition through his work in creating the Monster and becomes incredibly obedient to his work. He wants to push the boundaries of science; to create life through electricity. In the past, we have seen this in changes in medical procedures such as the ability for a doctor to perform an abortion or surgery.  In the present day, we see this ambition and drive to create more science every day. People will soon be able to adjust the genes and physical attributes of their children to their liking. Cars are being driven without a passenger. These advancements raise the question of when does science take it too far? Where do we, as humans, draw the line as to where our morals outweigh and beat the advancements of science?

When the consequences of our ambition-fueled decisions arise, we as humans will feel a need to resolve this issue and “make it up” to ourselves or society. Victor demonstrates this through his need to warn Walton about the problem of being blind and obedient to one’s passions and dreams. Victor tells his story to Walton in hopes that Walton will never do the same thing that he did. He would not rest until his soul was at peace without the weight of the consequences of his shoulders. Coincidently, after telling Walton his story, Victor Frankenstein died the next day. A significant example of where we can see this demonstrated right in front of us is climate change, which has become a massive part of the scientific and political world as people are scrambling to find solutions to fix the earth’s climbing temperature. As a whole, we see the world coming together- realizing their mistakes of ignoring Co2 emissions through their ambitions to own the best cars, to produce the most oil, to make the best planes.

When analyzing the importance of studying Frankenstein in the modern world, we see that the issues in the world are timeless. That the question of what is considered too far in science will go on forever. Now, as we analyze the comparisons between the issues of then and now, we need to wonder- what is different now? What caused Victor’s ambition to drive his decisions so much? His mother’s death. She produced the turning point in his mind to change his questions of creating life to become goals for him. What causes the ambitions of people today to become so much more important than our morals? If we narrow our lens and look solely into the classrooms of students today, we see the answer clear as day. Pressure. In a world where one’s GPA is the sole factor in deciding whether you have a future, we can find an immense amount of stress in youth today. A student’s ambition to succeed, which is caused by the pressure to succeed around them, can lead them to believe that succeeding is more critical than their morals. It is why cheating scandals in high schools and universities have been higher now than ever. Students find it is better to cheat their way to the top than not make it there at all.

Many things evolve over time: technology, presidents, circumstances, wealth. But what doesn’t ever change is the human condition. Human emotion is something that transcends time, language, and culture. It is what authors like Mary Shelley use to their advantage. Anyone in the world can pick up Frankenstein, and once understanding the book, they can relate to the emotions that these characters feel. The more we learn about these emotions through these characters, the more we can learn about ourselves.

6 thoughts on “the future of frankenstein”