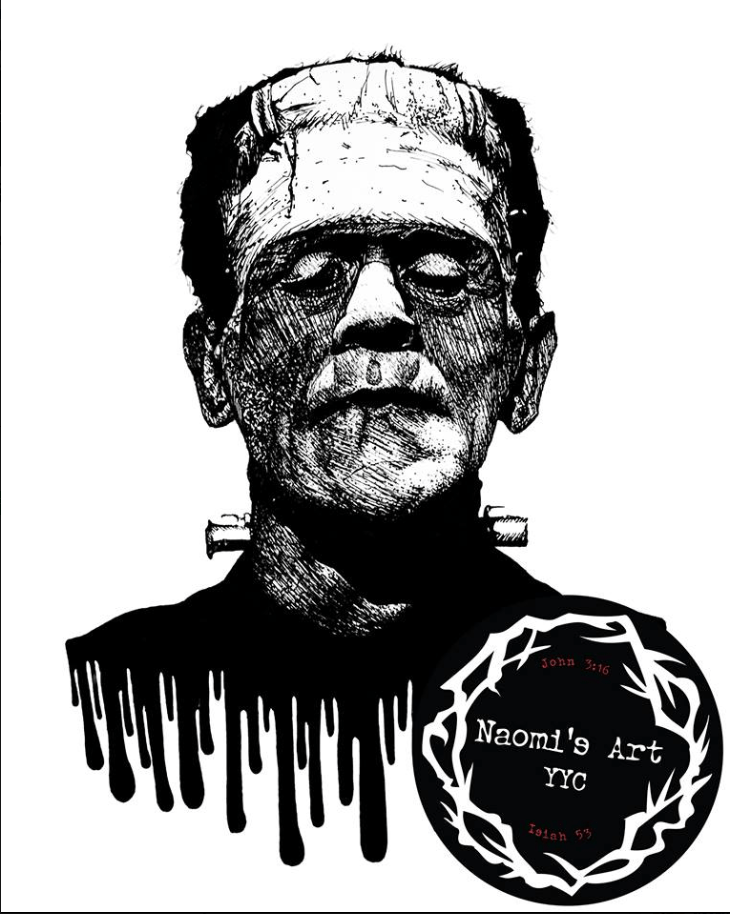 Frankenstein- a book, play, movie, and a massive misconception. This entire book is a betrayal to my very little knowledge of the monster’s (formerly known as “Frankenstein” the cartoon-ish green guy with screw heads for ears) past information. The following will show a summarization of the emotions and feelings I had throughout the past month or so of reading the book.

My sister’s favorite book was Frankenstein, and because she rarely reads much; I was excited to read the book that clicked with my sister so well. I rented the book out and opened it up in great anticipation; only to zone out after about 15 minutes of reading. Mind you I am hyperactive, so this is pretty common. However, I managed to power through it in about a week. When I was reading I wasn’t looking for any deep meaning or anything, but one thing stuck out to me: this was nothing like what I thought this book would be like. Each page seemed to dismember what childish remembrance I had of this story. What I once knew was replaced by a more professionally produced production of planned paperwork that transformed the green guy with an outcasted being with feelings and emotions that I felt bad for. A lot of the things I read I took at face value, stored them in the back of my mind to maybe contemplate later, and I think this is was ultimately ruined the book for me. When I read through the book I never tried to understand anything. I didn’t realize what a thick and meaty story this was, so I treated it as another book with a plot that started and finished. Sure, I noticed sentences that were odd or neat, but never looked into the fat and succulent juices of this book. As for the reading itself, I enjoyed it and it wasn’t something hard to read through like Shakespeare as it was interesting to watch the character progression play out throughout the book.

My brain takes quite a while to switch out of summer mode, so in the first few weeks, I didn’t really pay attention to anything. Oh was that ever a mistake. When it finally kicked into gear I was suddenly swamped by the text that I read and returned without a second thought. So I did what any person would do, I observed and took mental notes on everything I could. I was astounded by the amount of knowledge and meaning these people could pull from one book. Suddenly, things were making a lot more sense and connections were forming further piquing my interest in what was once a “stupid” book. Arrogance blinded me from the meaning of the text and when it was lifted only for a second I realized the refreshing taste of knowledge you can pull from the book. However, there was still a problem, when I read the book a good two months prior I read it only for the sake of reading it. A lot of things slipped from my memory about the book and I didn’t have the time to read it over again. This doomed me to a state of always relearning the text and I never took much time to account for my own critical analysis of the book. Sure I was hearing about the wonderful meaning of Victor’s emotion and the monster’s trials and significances, but without any time to analyze it myself, a lot of it didn’t matter during class. Looking back on it now with the proper mindset for looking into something so succulent to each page; I feel sad knowing I missed the variety of chances to contribute ideas I have now conjured after the period of in-class reading. The point of realization for me is when the POS movie made more sense to me than the weeks of analyzing it prior. To summarize, I was able to comprehend everything the class had said but was never all that interested until it was too late.

Frankenstein is one of my biggest regrets. I wish I delved into it more because of how much knowledge I could’ve gained from it. However, a lesson was learned from reading Frankenstein. Even though I thought I wasn’t taking things at face value, I really was. From now on I will learn from this mistake of aspiration to getting things done and take more time to learn from the books I read in order to prevent a tragedy like this from happening again.

Edit: added a Featured Image (Photo creds: My sister drew this a while back)