*Inspired by “Art vs. Trade” by James Johnson

When rushing numbers and logic suppress the waltz of the heart. 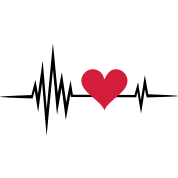 Sprinting reason travels at the speed of light,

letting go of all that fails to hold on to its grip amidst the rat race.

The clicking, ticking of time lines the edges of the track, providing a stencil for the schedule that starts

with the gunshot – heard at birth.

Beads of sweat stripped from the thread form at the edges of the skull,

overflowing to blur the sight of the track, the surroundings, the end.

Panic trickles down the ripped thread.

Sprinting feet in agony grate against the pavement as numbers flash and go with each delayed scrape.

Like flying papers, the numbers go on and on to slice through the skin to let the tears and sweat bleed through.

Struggling under the precise blades of poisonous panic,

the pulse throbs to maintain hold, to remain on its toes, to stabilize.

Twirls to spins to a tremble.

Dying, the pulse fades, second by second, minute by minute.

Fresh red of the soul grows stale into maroon clots.

Evidence of a live murder.

Who shall be responsible for this crime?

Drip by Drip, drag by drag, the panic claims its victory over the fluttering remains of heart.

No one wants to be left stranded on the track, but how will the end remain in sight if the beat is silenced and blurred.

For the majority of my school career, logic and reasoning has dominated my process of thought and action, as mathematics and sciences growingly became the only reality for me amidst the race to get grades and reach the top – distancing English to the point where I was no longer able to emotionally connect with the characters I read of. The poetic lyricism of writing, even critical analysis, became a structure in which a formula was required. Filling block A, then block B, then block C, then adding block A and B. English and writing in itself became a stress inducer, as my heartstrings no longer caressed the products I produced, but rather lay dead, suppressed in the back corner of my mind. It was until I was told I did not have a voice that my reasoning and logic failed to construct a formula that would get me through another class. Another enrollment section under my name. I tried desperately to form a voice, at least an adequate and artificial one, where certain words, certain phrases would reflect ‘emotion’; however, my attempts failed as the grades plunged because I sounded robotic – no longer human enough to discuss the condition of characters’ hearts, the souls of human life. Where had my childhood voice of purity, genuinity gone?

With a leap of faith, I joined Creative Writing 25 due to the lure of Ms. Hunnisett’s promises – the plan was simple: earn the grades, boost the numbers, restore order. I set out on my venture to find the lost voice and place it back in its place to secure the numbers which set me at unease; however, it never was this simple. The journey to rediscover voice soon faded as the threads of my heart were gradually nurtured by the soft words of honey that left the lips of Ms. Hunnisett. The writing I read, I words I heard, the emotion I saw started to dissipate my original mission, as a voice was no longer sought to satisfy grades, but rather the void in my heart that had hollowed gradually since my days of childhood. The new plan to fill my heart with as much honey and milk that could be found lead me to this class. Although the logical fear of joining this class full of daunting talent in my most crucial year of high school caused hesitation, I took the chance. Possibly I could find more honey, thicker nectar. The first few classes, first weeks, passed and the lingering fear of failure receded with each word of wisdom and intellect that left the lips of my peers, you guys. Growingly, logic started to spare room for emotion as I came to the realization that intellect is nothing without human heart.

Although reasoning is important and continues to characterize a significant portion of who I am, the purpose behind the reasoning will never be known until the drive of the heartstrings is acknowledged – the desire of connection and evolution that inspires the math and science. Because of this class and the teacher that lit the candles to my heart, I have been able to revive the pulse that whimpered under the burdening brain. I have been able to realize that the destination towards which I continue with numbers as my stepping stones will be blurred if my beat is silenced and this, for the love of my childhood voice and pulse, I do not wish.