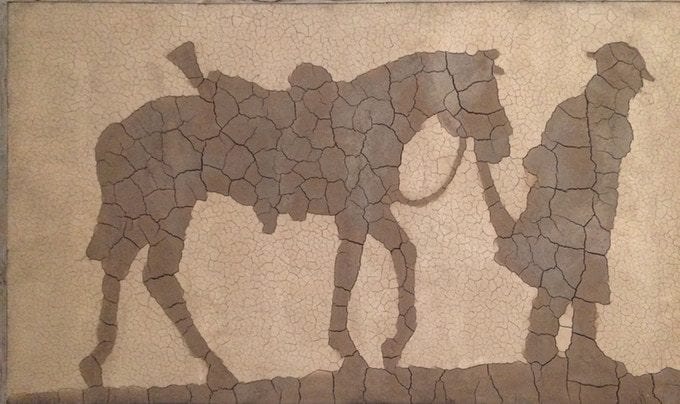 In many novels and plays, minor characters contribute significantly to the total work. They often have particular functions, eg. as instruments to the plot, foils to the main characters, commentators on the main action and theme, and the like. Write a well organized essay showing three minor characters function in the work in which they appear. (1967)

Heroism in itself has become an ambiguous word; its meaning has adopted depending on its context in which it’s used and who uses it. It must be understood that the concept of heroism is indefinitely complex – lacking the simplicity of a one-dimensional textbook definition – there is often difficulty in interpreting what it means based on its relentless reforming based on different accounts. In spite of this, however, in times of ongoing war, there has been a pattern that heroism is defined by societal expectations as a masculine figure with extraordinary strength and courage that is able to uphold the desired honour and virtues in times of warfare. Throughout history, periods of warfare have proved to accentuate the value that heroism holds and further the ideals that entail heroism are reinforced onto the young men of society. Said introduction of ideals in society serves the purpose of encouraging an attitude within young men of developing strong ultranationalistic beliefs to serve honour for their country through conscription – even if doing so requires their own sacrifice. Yet, in The Wars, Timothy Findley explores the less glorified meaning of what a hero is; he redefines the word and rather sheds light on the brutality and danger that the traditional definition of heroism can bring. Findley demonstrates his own ideology on the crude nature of war through the use of minor characters and each of their own influences on Robert Ross, the protagonist – such characters as Eugene Taffler, Levvit, and Mariam Turner; the influence that each of these minor characters have, overall, play a substantial role in Robert undergoing his own journey in discovering what makes one a hero.

Every young boy’s dream and aspiration is to establish their own honorary title and become a hero in any form – young men are given this opportunity to make this dream their reality during conscription; soldiers, through the following of orders and their duties are able to create their own title of being a war hero thus giving esteem and pride to their nation – but more importantly to those they left behind. Within The Wars, protagonist, Robert Ross is quick to realize that in order to embrace his own personal desires to become a hero he must seek guidance to find the will to kill another. In meeting Eugene Taffler a legendary war hero praised for his war efforts, he realizes his opportunity, “perhaps he’d found the model he could emulate – a man to whom killing wasn’t killing at all… a man to whom war wasn’t good enough unless it was bigger than he was.” In escape of his past guilts of having been responsible for Rowena’s death as well as his inability to keep her rabbits and thus innocence alive, Robert desperately seeks an escape from his convention at home; thus, Robert enlists in the war to have his own fresh start and to possibly seek redemption for his name through his hopes in becoming a war hero. In order to achieve the requirements of a war hero, Robert looked to Taffler for guidance to learn how “he could emulate” his attitude and undergo his own dehumanization toward the sanctity of life to further learn how to kill another. Rather than Taffler being condemned for his relatively immoral nature, at this time of war, Taffler’s attitude and crudeness was praised because precisely his apathetic mind-state allowed him to successfully carry out his job – thus earning him the prestigious war hero title. Unmolded from his lack of experience in warfare, Robert himself was at first, innocent and unknowing of the forthcoming atrocities that would face him. Rather, it was his own naiveness to the crude nature and conflicts occurring in the war that allowed him to idolize Taffler and further want to pursue his ideals of heroism as influenced by societal expectations. However, the reality that is often overlooked by these young men is that in order to achieve such status one must be willing to follow command given to them regardless of the price that may come along with it. These young men are forced to adopt a dehumanized outlook and recognize the value of self-discipline to reconcile between their morality and their own desire to fulfill as a soldier – ultimately deciding whether or not to embrace or neglect the sanctity of life. In times of desperacy where society looks to its young men for service, the willingness of sacrifice is expected from these individuals and with their commitment to this attitude comes the desirable reward of being called a war hero and the opportunity for their own sort of satisfaction.

In the brutality of war, a soldiers once preconceived ideas about pursuing heroism in following all present orders can easily become fragile from the troubling effects of the violent environment surrounding them which only corrodes their ideologies – with the gaining of experience in war soldiers may find themselves in a state of disbelieving and even neglecting their previous desires for a war hero title. A shift in Roberts ideals take place whereas his original motivation of conscripting in war was to attain a certain extent of honour and redemption yet as he continues to delve and be exposed to the horrors of war his such desire to conform to order suddenly does not seem right anymore; this is exemplified through Roberts reaction towards Levitt’s Clausewitz war novel, “Robert stared at him in disbelief… ‘Well,’ he said: ‘someone has to know what he’s doing.’” In this scene, Levvit is portrayed as being a firm, reliable, and even perfect soldier in how he carries about a Clausewitz war novel that preaches strategies for a good offence in the dynamics in war. However, to Robert the affirmation of Levitt’s dedication to war and his duties as a soldier as shown through his indulging in the novel, comes as a shock as he is unable to understand how Levvit could be so aloof to the reality of their situation and devoted to winning – uncaring of the people who he may harm. In this scene, there is a clear shift in Robert’s attitude toward war: where once he completely embraced it, to being exposed to its crude nature, he is then seen questioning his duties and what truly makes a hero – Robert finds himself rejecting the praised societal ideals of what would make him a hero as demonstrated through Clausewitz. Levvit is used as a minor character to stress the stark contrast present between Robert and himself, yet, ironically he also represents the man Robert once was further highlighting the change Robert has underwent. Further on in the novel, during the German attack on the dugout, Levvit is shaken and is unable to continue his duties as a soldier; rather, he is shipped on the train with all the wounded soldiers. His own form of demise where he is unable to continue studying the ideals of Clausewitz exemplify the overall fragility of said ideals: the pursuit and devotion to becoming a war hero that society wants will only end in one’s downfall. Timothy Findley constantly interjects passages from Clausewitz to contrast his own ideas of how detrimental and inhumane war is. In entering a world that is in constant chaos, a soldier attempts to continue to conform to their orders becomes increasingly harder as their environment continues to spiral out of one’s control; rather, the mad circumstances of warfare will eventually lead to one’s own questioning of its overall nature – eventually one may completely reject the seeking of being the war hero that society wants and rather resort to redefining what a hero is based on their own values.

After the innocence of a soldier has been spoiled and in the development of their growing duties at hand, a young man’s perspective on idolizing heroes and further wanting to become one can be destroyed with the uncovering of the gruesome truths that war holds. In turn, Mariam Turner, the nurse who helped Robert after he was injured recounts how he was a hero in her own eyes, “My opinion was – he was a hero. Not your everyday Sergeant York or Billy Bishop, mind you! But a hero nonetheless. You see, he did the thing that no one else would even dare to think of doing. And that to me’s as good a definition of a ‘hero’ as you’ll get.” Robert’s ideals experienced their own change in how, at first, he sought help from men such as Eugene Taffler on how to bear the guilt of killing another man, however, in being exposed to the war and in especially first-hand witnessing the demise of Taffler, Robert found himself in complete rejection towards conforming to the hero that society expects; Taffler’s downfall from being an esteemed war hero to then being a helpless man who lost his legs and arms thus confined to a wheelchair and further attempted suicide reaffirmed Roberts belief that the hero that society expects only fully benefits the war but fails to recognize the soldiers own value. In such dark realizations that Robert comes in terms with, his newfound ability to completely neglect his duties as a soldier were exemplified in his impulsive actions and will to disobey orders in releasing horses, “it cannot be called disobedience to free these animals when they’ll be needed, for Gods sake, half-an-hour after this is over. And if we stay here, how can they avoid being killed?” Even despite Robert being explicitly told not to free the horses by his superior in command, Robert goes against the natural order of hierarchy of war and rebels against the will of his superior. This legacy that he left in saving the vulnerable and innocent horses is what later allowed character such as Mariam Turner to recount how, in her eyes, he was his own sort of hero. It was Roberts ability to break free from the convention of what a hero was defined as being in society and the constraints present in war limiting his desires to do what’s right that allowed him to reinvent his own definition of being a hero through doing the extraordinary.

In The Wars, Findley plays with minor characters and their influences on the main character Robert Ross in his own personal progression of redefining the kind of hero that he aspires to be and how this change altogether impacts how other individuals remembered him and his legacy. Unlike the common belief prevalent in society of glorifying the notions of war and further the courageous personas of war heroes, Timothy Findley provides his own sort of contrasting commentary on the nature of war providing a remarkable viewpoint on warfare. Rather than glorify war, Findley utilizes the centralized theme of heroism as demonstrated through the use of minor characters to further reinforce his criticism of the inhumane and cruelness of men having the responsibility to serve for their country and live up to the expectations set out for them. Thus suggesting that it lies on the shoulders of civilization to realize that the men who are given the harsh tasks of killing and completing acts of terror are humans themselves and that the pressure that has been applied to their frail essences is one of the most unjust acts in the history of man.