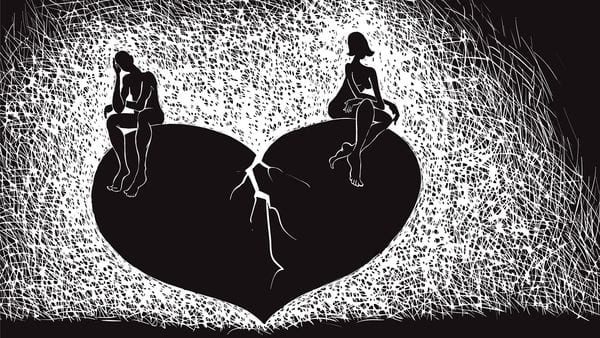 Ways in which individuals deal with the uncertainties of the past

Itinerary
Feel a passion for invisibility, be a fly on the wall,

the pitcher’s ear, the child in the corner

with his eyes clenched. Like a dog going round

and round, you circle a space you’ve come back to,

trying to find some comfort, something that says

you’re at home now. Pray for the enlarging hush

of the owl’s ear, the hawk’s high wide-angle lens

been weeding his potato drills. He stops and sits

on a rock for a cigarette. The sun has been shining

for days and days. It’s a gift, he tells you.

A solitary thrush, with his heart in his mouth,

performs a dozen songs at dusk, none finished,

as if it were just himself and the world. Such

in late daylight: you see the beak open and close,

shivering into music. Wrapped in the spider’s

winding-sheet, a bluebottle makes another music,

sawing the room in half: you note, till it stops,

each repeated live driving note. When you throw

open the door, the scent of fresh-cut grass swims in

alone in a powder-blue sky: a bright dense body

dependent on nothing. Stand back from nothing:

pussyfoot no more from the crux of the matter: you

must travel at the speed of light, not looking back.

Theme Statement: Individuals who fear heartbreak may face the uncertainty of pursuing what they truly desire, thus they protect themselves by withdrawing from the situation. However, when they become overcome with the grief of losing what they desired, an immediate feeling of regret takes control and they are unable to find happiness or satisfaction.

“A  weakened alcoholic regrets the first time they had taken a sip of what soon became their addiction. Make your choice carefully. It would break my heart to get so close, only to have you ripped away.”

Those words were etched into my heart, even now reminding me of the uncertainty and pain which I endured to be held in the arms of the one I loved. Perhaps it may have been the comfort and peace I desired that let me grasp onto forbidden love. Or perhaps it was how he painted a definite route to everlasting happiness that I was attracted to. Those first few kisses were special tokes that I concealed and suppressed. Smiles would pass between our eyes, our little secret seemed so innocent and pure – but only in our world. The certainty of having found love and the blissful moments we shared had blinded me – for a moment – with overpowering passion and endless possibilities we could have discovered together.

But you see, reality was much more different for me.

For years I walked into a home destroyed by poisonous love. I remember hearing my mother’s quiet sobs during the night at 2:30, just after my father walked in, drunk and wasted.

The yelling would start at 2:45, I would cover my head with my pillows and pray to God for an end to this daily nightmare. At 3:00 I would hear a door slam and then silence. Day my day, love became a disfigured monster threatening to shred my life into a million pieces and scatter them into places unreachable.

“You’re shaking,” a look of concern gleamed in his tender eyes.

It wasn’t the cold. It was uncertainty flooding in and filling me with fear as I finally realized that love had become an addiction. The sun had been shining for days and days – for eternity, or so it seemed. But now it was hidden behind the thunderous clouds that threatened to pour. His love had seemed eternal, building promises and igniting passions that had been undiscovered. Yet the blazing heat of this love was not strong enough to pass through the uncertainty which had clouded my heart. Poison from home had seeped into my blood and inflicted the innocent love I shared with him. I feared that love was fake, that it would collapse, that it would become the monster which would slowly destroy me as it destroyed my mother. I could not escape the hold of uncertainty that shackled me to fear and pain.

“What is the matter?” he asked.

Uncertainty pulled me away from his embrace. My heart ached for his comfort but I did not have the confidence to pursue this love. Confusion flooded his eyes, I held in the tears that threatened to spill. He offered a hug, and I refused.

“Promise me one thing”

Anything – anything for you.

“Promise me that you will tell me if our journey is to end here.”

And he thought I loved him no more. If only it were that simple, if only I could look him in the eye and proclaim that my heart was no longer his. I fled from his presence and escaped into the darkness of my own mind. Lost and strangled in this unfamiliar solidarity, I ached for his comfort – for the comfort that could mend my broken spirit. But it was not so, and I became the victim of my own uncertainty. Days, weeks, and months have passed but the pain has not ceased to exist and the poison drips into my heart.

At night, I painfully wait for the nightmares to begin at 2:30. Each night it seems to last longer before silence engulfs the cold house. The dying embers of the flames I once possessed is not enough to last me through the night, but I need him to ignite the fire and spread the warm to thaw what fear had freezed.

His love was different. Not at all cruel like the one between mom and dad.

“I love you. Would it be to much to ask for another chance?” 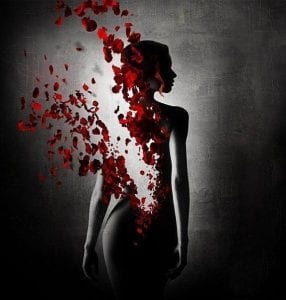