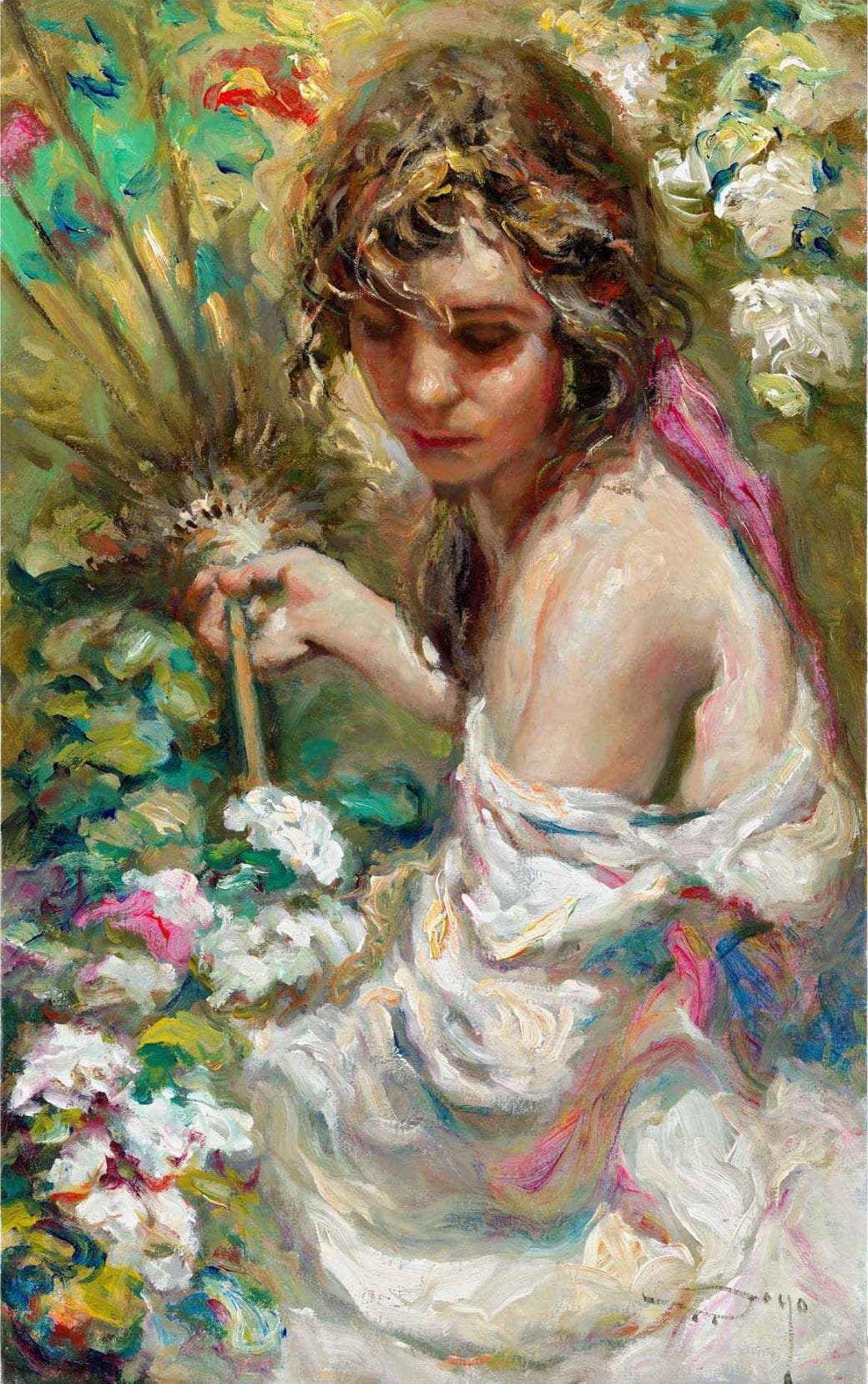 Prompt: …Ways in which individuals pursue or compromise their happiness.

The Pursuit of Happiness under Oppressive Circumstances

Pursuing one’s desires is oftentimes thought to be the ultimate achievement of happiness. For much of history, however, the pursuit of life fulfillment for women was hindered by the patriarchal societies of their time. Women, seen as the lesser sex, had to compromise their autonomy and fill the role of supporters for men and the opportunity to pursue happiness was highly limited by strict societal structures. Resisting these institutions was largely futile, and thus the opinions and desires of women were suppressed. In William Shakespeare’s A Midsummer Night’s Dream, Titania attempts to rise against her husband Oberon in order to achieve her personal happiness; like women before her, though, she is ultimately forced to compromise her pursuit and fulfill the role assigned to her. Through the fairy queen’s failure to realize her ambitions, Shakespeare demonstrates that when an individual is faced with oppressive circumstances, they may be forced to compromise the pursuit of their happiness in favour of adapting to their reality. In Titania’s case, her return to the rigidity of her initial role is indicative of the widely held societal view of the time: that a woman’s role is merely that of an object – simply the property of man.

Achievement of one’s desires can be equated to happiness; for Titania, her desired happiness stems from her ability to pursue the role of a mother. As a result of the death of the little Indian boy’s mother, once a close friend to Titania, the fairy queen is given the opportunity to pursue a role that she did not have access to previously. Her intimacy with the boy and her unwillingness to give him to Oberon is indicative of her attachment to her newfound position and the happiness she acquired from fulfilling it. In essence, motherhood becomes the source of her happiness and the changeling becomes a medium through which she can achieve her desires. The very act of refusing Oberon, therefore, can be interpreted as the unwillingness to compromise the contentment she has reached – it is an assertion of independence. This demonstration of autonomy can be thought of as a resistance of the oppressive circumstances imposed by society; when faced with a situation requiring one to act decisively in order to pursue happiness, an individual may choose to act in favour of their personal desires, despite the ramifications of their decisions. The pursuit of this happiness, however, holds consequences for Titania, requiring her to relinquish her source of happiness and return to her predetermined role.

Changes in one’s circumstances can cause one to compromise the pursuit of their happiness; the loss of liberty can require one to act differently, and, in particularly oppressive circumstances, sacrifice the attainment of one’s desires entirely. Titania belongs to the latter group; Oberon’s decision to apply the juice of the flower on Titania’s eyes strips her of her personal freedom. His imposed penalty for disobeying his wishes reduces the queen to the role of a foolish lover. This may be interpreted as his attempt to regain his dominance over Titania’s actions; this action, however, is also a loss of power for Titania as it is the loss of her ability to pursue her happiness – she must conform. Titania’s reduction to Bottom’s lover is representative of the fact that one’s resistance of oppression may fail, and that these failed attempts will result in humiliation. Titania’s complete loss of power, both in terms of the loss of the boy as well as her degraded status, indicates that when an individual is unsuccessful in the pursuit of their desire, they can be forced to conform to the roles they were initially resisting. This suggests that the natural balance of power – a balance determined by societal values – may not allow marginalized individuals to pursue happiness. For Titania, her happiness was determined to be worth compromising in order to return Oberon to his power.

In Titania’s case, the restoration of societal values via the compromise of her happiness – as she is considered to be a lesser individual than Oberon – results in the return of the hierarchical structure she attempted to resist. After the spell is broken, she returns to her role of being Oberon’s supporting spouse; the assertiveness of her initial desire to take care of the changeling is replaced with the dreamy quality of agreeing with Oberon’s wishes. Titania does not express resentment at her husband for hindering the pursuit of her happiness and instead succumbs to his dominance. This indicates Titania’s loss of her desire to achieve the happiness of motherhood; because she is aware that her disobedience will only result in her oppression, she has no choice but to contend with the circumstances presented to her. Thus, it may be said she has been reduced to her initial roles, now with the understanding that she cannot escape the path presented to her through the pursuit of her happiness; Oberon’s ploy was effective. Through Titania’s return to her previous standing, Shakespeare develops the idea that when an individual acknowledges their inability to achieve their personal happiness, said individual may begin to adopt the identity of a compromiser. The loss of autonomy may mean an individual has lost their ability to transcend the roles presented to them; for Titania, this is the loss of her personal freedom, the boy, and the ability to be a mother.

One’s ability to pursue personal happiness is not merely reflective of an individual’s willpower, but also of their societal circumstances – in cases when the latter is not favourable to the achievement of an individual’s desires, an individual can be forced to assimilate into the roles presented to them. Titania in Shakespeare’s A Midsummer Night’s Dream follows such an arc; the loss of her power and her eventual return to her predetermined role indicates that when an individual is unable to pursue happiness as a result of their situation, said individual may have to sacrifice their desires to align with the reality presented to them. Constrictions to personal freedom can be the inhibiting factor that prevents one from reaching contentment. Thus, one’s ability to achieve their desires and exceed the limitations presented to them can be said to be related to whether their desires maintain the status quo. 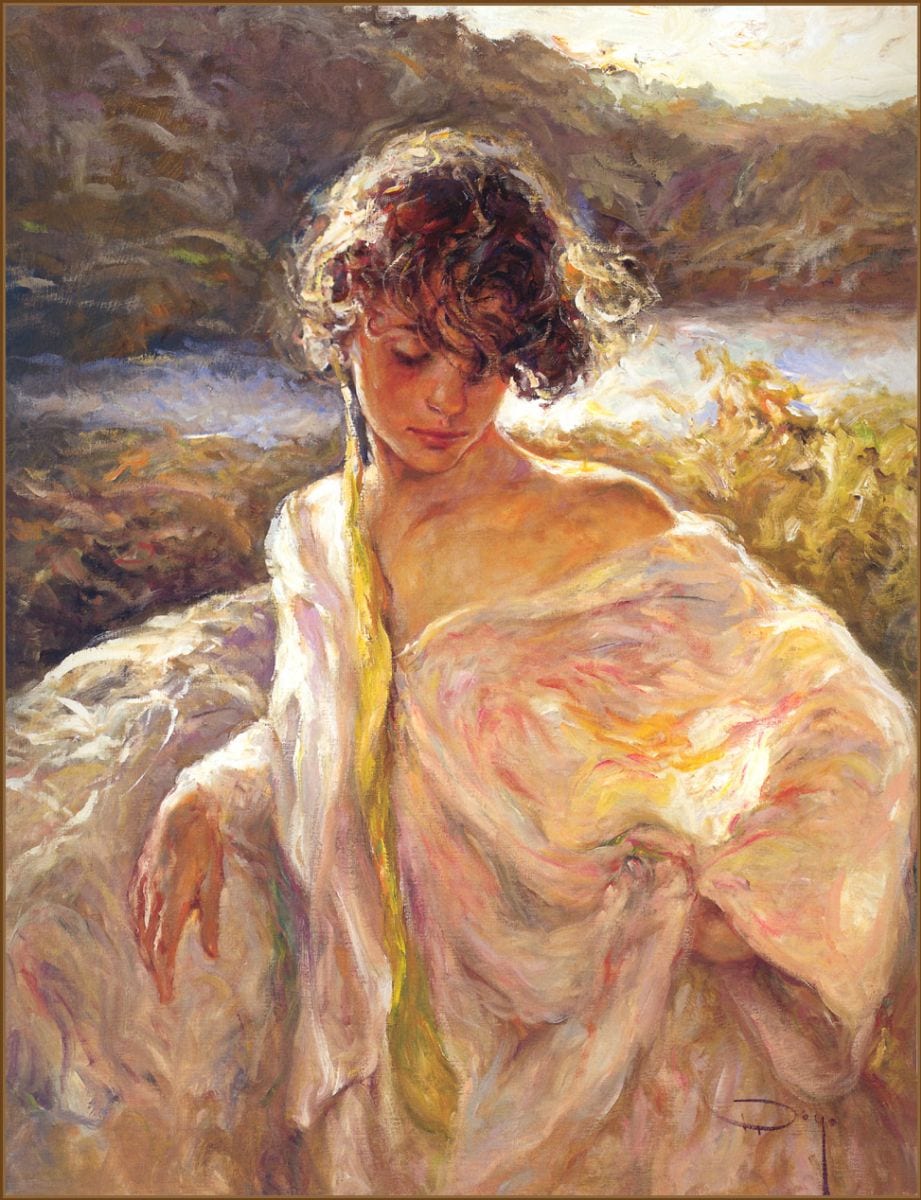 Congratulations – you have made it to the end of the essay part of this blog. Now I will share some of my thoughts/processes while coming up with this essay in the hopes that you (future reader) may have an idea of how I develop and structure my essays.

The process of writing a critical is not mystical; you will not need to be inspired by the ghost of your murdered father to get this done (though I would recommend a pact with the devil if you have the necessary materials). Though I generally feel reluctant to stick my fingers into other peoples’ works as everyone has their own style and method of writing, I thought that genuinely explaining my process might help me “pass on knowledge” and whatnot (and prepare for the diploma!)

Some context: this particular essay was written under exam settings initially, in about 1.5 ish hours. After that, I changed some parts to make it a polished critical. mostly an occasional word here or there.

Personally, I really wanted to write an essay on MSND just to see what it would look like, so my heart was set on this text from the beginning. This is a somewhat dangerous idea, as Ms. Hunnisett (and every English teacher ever) will probably tell you. In my case, however, I thought that the prompt given would work well with Titania, the character I chose for my Character Perspective assignment. luckily, because the topic of happiness is so broad, and because all the characters in MSND are pursuing/compromising happiness in one way or another, it happened to be a great match (thank you, Ms. Hunnisett!)

Because I felt that this prompt could easily become the (somewhat boring) arc of character finds happiness; character pursues happiness with/without success; character achieves/fails to achieve happiness, I wanted to add the element that a character’s success is also dependent on their social circumstances, not just their willpower (in reference to history – women and minorities have traditionally experienced barriers to their success that they did not contribute to, and so the majority of them had to assimilate into whatever roles they were deemed “fit” for). You can’t just spit back the prompt; you must answer it with a “how” or “why” answer . I chose a combination of “how” she pursues happiness that shifted into a “why” must she compromise her happiness.

It is a fairly social studies-esque for an essay, but I thought it would be okay since the evidence is rooted in the text (always a good sign). I chose to use just this, without any motifs or symbols; I considered using day/night imagery, but I suspected that the addition would cloud my thoughts. Clarity triumphs over cleverness, always, so I kept things simpler.

Other than this initial planning bit, I did very little beyond picking evidence for each of the three body paragraphs. Because all of my bodies follow a clear-cut structure (topic – introduce context – evidence – explanation of why the evidence is related to the character within the context of the themes of the prompt – why this matters to the human condition) so I don’t have to think too hard and because I’ve had practice writing these, I had fun writing on Titania. And in the end, writing the essay you want to write – the one you have fun writing (or perhaps you are genuinely invested in the themes/motifs) will be less painful.

Painting Credits: Both are paintings by Jose Royo.

One thought on “The Pursuit of Happiness Under Oppressive Circumstances (MSND – Titania): Polished Critical & Thought Process”