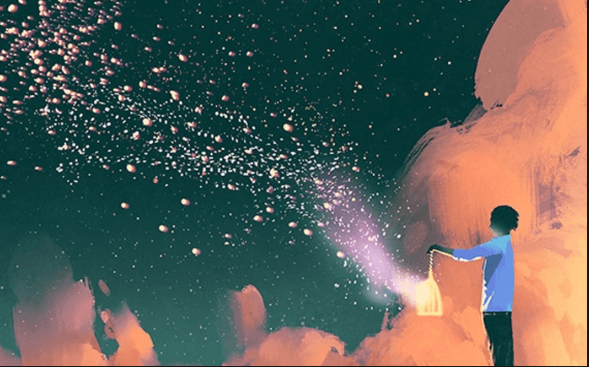 DISCLAIMER: Just because I graduated DOES NOT MEAN I AM GOOD AT WRITING. With that said it is also 1:47am so chances are you’re going have to reread this. Feel free to critique me 🙂

“they ask you how you are, and you just have to say that you’re fine, when you’re not really fine, but you just can’t get into it ”~Katy Perry

It is one of the most difficult things to do in one’s life; to learn forgiveness. As a kid, I never understood what my mother meant by that because all I wanted to do was sock the bullies in the throat who had kicked and called me rather unpleasant names minutes prior. They made me bleed and hurt me emotionally, it was simple, I wanted to do the same; bruise and make them feel the pain. I never learned my lesson, and it was not an easy lesson for a kid to learn, especially one as stubborn as me. I was a hot headed, short tempered, short kid. I was like a chihuahua, small, made a lot of noise, and ready to fight without any actual capacity to hold my own in said fights.It was hilarious, because you could literally throw a decent sized object at me and incapacitate me. Back then I thought that forgiving was the same thing as not doing anything and surrendering my will to my enemy, thus assuring them victory. I learned that I was wrong (big surprise) in more ways than one.

First, forgiveness is definitely not the same thing as doing nothing. The difference lies in the willpower; because when we do nothing we direct absolutely zero willpower to it. Think about the amount of pending assignments you have left, and the amount of time you were given to complete them, now think about your progress. Oh wait, you don’t have any (I’m looking at you Muhammad). However can you forgive yourself for not getting started and procrastinating because that’s where the willpower lies. It is incredibly difficult to muster that strength because we care. We care about that assignment, and we care about how we have been hurt. It seems like a simple resignation, but it is not; it is a shift in gear, a shift that requires a lot of maturity. You are shifting from the rage of being wronged into the state of “Oh Sh*t, Pamela’s going to kill me for not completing my reading assignment yikes, I have no time to stress about why Hijab compared me to a gecko (Hijab I forgive you for that)”.

Second, forgiveness is all about surrendering. Not to your enemy however, it is the resignation of your negative feelings. This was the more difficult of the two for me to figure out and I still struggle to this day. We get angry and anxious and angry because we care, and that stems from the most human power we can possess; compassion. Ironically I find that the most compassionate of the people I know, are the same ones that have the most difficult time resigning their feelings. By keeping that negativity within ourselves we poison our intentions and turn into the very things that we hate. Our rage becomes our default, and subsequently the people around us are impacted by it. My own struggle with this led me to the point where my closest and most vocal friends were too afraid to speak their mind around me, a hateful glance was enough to stop the discussion before it started. In hindsight it was not a phase I am proud of, I managed to scare boys with an expression who were over 6’00” that could easily throw me, like an empty can in a hallway full of students. I had devolved into an unnecessary danger carrying an necessary anger. I believe that that is why we must surrender our animosity; because of the power that anger alone holds alone is great in magnitude, and destructive. I have come to understand that in this form of surrender we resign destruction and the trouble that would have otherwise been our undoing. This is where the fundamental battle is won, because we have chosen to not let ourselves be affected by it.

As difficult as forgiveness is, I believe that the most challenging trial comes when it is time to forgive oneself, this is not a point I do not have to prove. The guilty conscience combined with the anxiety of a stressful event is the perfect recipe for a storm inside the mind to send any and all rational thought into a scatter. Knowing or thinking that we have only ourselves to blame is the worst kind of torture we subject ourselves to. The guilt is haunting, because the judge, jury, and the verdict is your mind and the sentence are the thoughts and emotions that follow. As I am now, I find it very easy to forgive all wrongdoings others have done to me, but I cannot come to terms with myself for those I have disappointed. We as optimists like to tell ourselves that we have a higher degree of control than we actually do in a situation that we wish to correct in our favour, it is a comforting lie that we tell ourselves to gain a false sense of confidence that will come back to kill us later. The self hatred stems from there, and in our most private moments we remember that we still hold ourselves accountable, whether rightfully or not. The end result is the compounding of those horrible feelings on top of each other to the point where you become something so horrible, so vile, so unspeakable, and so pathetic that you suddenly take my advice on how to improve your life.

My closing thoughts would be, for you to reflect on this and your own feelings. Close your eyes and think about how you are, what burden you carry, what tears are you avoiding spilling, what demons keep you from living. Can you forgive those who’ve caused you pain, and mostly can you forgive yourself for the multitude of personal transgressions you’ve committed?

Because that is where healing begins.