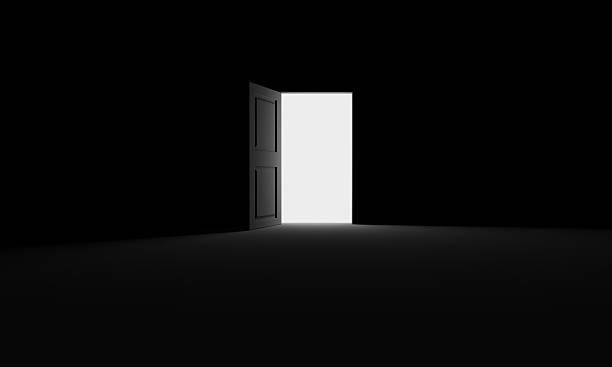 A creative piece based on the idea of the unknown in Rosencrantz and Guildenstern.

The man’s eyebrows furrow as he opens one eye to pear at the sunlight piercing his eyelids, before recoiling away from the overwhelming amount of light. With a groan, his hand comes up to his face in an attempt to rub the sleep out of his eyes which refuse to let the light stream in. A sharp pain shoots through his spine and he realizes the hard surface in which he lays on. Rolling over, the man places his hands on the ground to push himself up into a sitting position and tentatively lets the light flood back into his vision.

The light is so glaring, his eyes do not adjust to the sight in front of him, and he rubs his eyes even harder. When he opens them one final time more, however, he realizes it is not his vision which is not adjusting; the body lying beside him points to this fact being obvious.

The man looks around in an attempt to find any outline of a wall or floor, but is unsuccessful. It is as if his body is suspended in the clouds – body weightless and shrouded in white light. The woman lying beside him appears to float as the floor is non-existent, but something is holding her up. After all, he is not able to see the ground but he can feel it.

What else does he feel? That he does not know where he is.

His eyes snap over to the body whom he realizes has moved to a sitting position without his notice. As he looks into its eyes he instantly recognizes it as his sister. He is filled with relief.

“Sarah, oh thank god,” she does not answer and continues to stare at the atmosphere around them, so he repeats himself again, “Sarah?”

She continues to stare.

When she didn’t make a move, with a sigh her brother decided to shake her a little harder, “We have to go.”

“Where are we?” His sister whispered, eyes squinting towards the morning light.

With a laugh he answered, “In our house, you idiot. Now let’s go.”

Pulling the covers off her bed, he pulled the blinds up to let more light in and to urge Sarah to move faster. As he walked out of her room he made sure to look behind him, seeing that she was, in fact, pulling herself out of bed.

Downstairs, he prepared breakfast for him and his sister. He could hear her lethargically dragging herself around upstairs to get ready and shook his head, laughing. The sounds of metal utensils clanking against each other, birds chirping, and the light breeze flowing in from the open windows gave the boy a serene calm. He smiled.

A few minutes passed before Sarah made her descent to the lower level. Her brother, taking a bite out of buttered toast while sitting at the dining table, peered over his phone to watch her feet take each step down the stairs.

Sarah silently walked to the toaster on the counter to grab her breakfast, ignoring her brother’s teasing comment. She picked up a butter knife and began to look in the fridge for the margarine.

“Remind me why we have to get up early again?”

“Because, if we go any later we might run into family. We don’t need to be reminded by them that our situation is pitiful.”

“Isn’t going there a reminder in itself?”

He thought about this for a moment, “No, think of it as a reminder of the love we have for our parents.”

The scraping of a knife on toast ceased. Sarah’s frame in the peripheral of his vision froze.

“I really miss them.”

Sarah’s back began to move up and down heavily, and her brother realized she was having another panic attack. He instantly got up from his chair to rub her back in comfort, and Sarah’s hands clasped tighter on the edge of the counter, skin turning white.

“Sometimes when I remember that they really aren’t coming back, it‘s like someone has knocked the wind out of my lungs. I lose my breath and I can’t— I can’t breathe… Oh my god, I can’t breathe, I can’t—“

Sarah’s eyes snap over to her brother’s. Slowly, her breathing becomes normal once again and she swallows, moistening her throat which felt like sandpaper.

“How did we get here?” she asks after a moment.

The two take in the space they reside in, white and empty. There is nothing to look at besides each other, which is when Sarah notices something about her brother.

At this comment he reaches up to touch his face once again but this time, he notices the wrinkles at the corner of his eyes and around his mouth.

“Oh,” he then looks over at his sister, “You look no different.”

Sarah tilts her head in confusion. “Have you been here longer than me?”

“Do you remember anything?”

She thinks about it for a moment. “I remember getting ready to visit the cemetery.”

He shakes his head, “We haven’t visited in years.”

“Yeah, we haven’t—“ Her brother cuts himself off, and his voice is replaced with a look of panic.

His eyes snap over to Sarah with a realization.

“I haven’t visited in years. Not since you…”

He looks at his sister and takes in her appearance. It’s been so long since he’s gotten to hear her voice and see her bright eyes. He recognizes that she looks the same as she did the last time he saw her – the day she left the world.

In the distance, two figures appear out of nowhere. Sarah’s back is turned but she notices that her brother’s eyes have widened in recognition.

“Sarah, I think you’ve been here longer than me,” He smiles and a tear rolls down his cheek, “But I don’t think you were alone.”