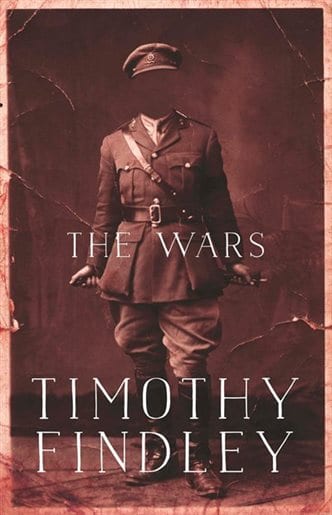 *For my free choice I decided to polish the cold critical we did in class as I struggled with this prompt. I wanted to solidify and develop my ideas, though I still feel that they need some improvement in terms of flow and cohesiveness.  Please comment any suggestions that you can think of! Thanks.

Memory and Reality to Direct Action

¨…nature of motivations that direct an individual’s course of action¨

Within times of conflict between personal beliefs and the circumstances one finds themselves in, actions that said individual takes will likewise be conflicted – a sole dependence on either personal beliefs, likened to one’s identity, or the harsh truths of one’s reality, to direct their action results in a lacking accountability to either the reality one lives in, or the personal beliefs that one upholds themselves to.  When one acts based on the values of their identity only, a personal truth, their actions are not feasible according to reality; however, when acting based on reality only, a circumstantial truth, one degrades their identity. In this regard, a reconciliation between the truths of one’s reality and the often idealistic values of the acting individual is necessary in order to direct effective actions – actions that are practicable, and truthful to one’s identity. These conflicting motivations within times of internal and circumstantial conflict can be evidenced through the actions of Robert Ross, the protagonist in Timothy Findley’s The Wars. Living in a time in which innocence and a sanctity of life, two values that determine Robert’s identity, are diminished, Robert’s actions are seen to be motivated by conflicting affairs – those of his personal, through unrealistic beliefs, and those of his reality, unaligned with his identity and personal values. As such, Robert’s actions are initially ineffective – neither an accountability to himself nor his reality are reflected in his actions; only the reconciliation between one’s  conflicting identity and reality produces actions based on personal beliefs, to the extent that one’s reality allows.

When circumstances of reality do not uphold the values of one’s identity, an individual will often retreat to a time of the past, a time in which their identity did align with their circumstances, as showcased through the initial significance of memory – corresponding to  one’s values – in directing Robert Ross’s actions. Following the death of his sister, Rowena, Robert’s actions can be seen to result from the memory of her death. As Rowena, due to a genetic abnormality, was confined to a wheelchair, Robert purposed himself with becoming her guardian, his identity synonymous with that of a protector of innocent life. Robert’s negligence resulted in Rowena’s death – she fell out of her chair while he was pleasuring himself. In his memory, he recalls a conversation with Rowena, regarding the rabbits:”‘Robert? Yes, Rowena…Can the rabbits stay forever?…Yes, Rowena…’ This was forever. Now the rabbits had to be killed… ‘[b]ecause they were hers.’” (20) In his inability to keep his promise to Rowena, Robert yet again fails as her protector, as the guardian of innocence. Robert is then tasked with the killing of her rabbits – a task which he adamantly refuses, and pleads against, so as to preserve and protect the last link to innocence, to Rowena, that he has. In spite of this, the death of the rabbits is imminent. Further, Robert’s lack of comprehension as to why the rabbits must be murdered is indicative of the reliance on his values, his identity – through memories – by which he directs his actions. The idea of “forever” implies a constancy in the values and circumstances of the time, times which are ever changing – a stagnant view of reality is impractical. This consequent dismissal of reality causes Robert’s actions against the death of the rabbits to be ineffective, neither Rowena’s innocent legacy is maintained, nor is the life of the rabbits. Further, this disregard of reality signifies the conflict between Robert’s identity and his circumstances, through which his dependence on his identity, and ideals associated with his values and beliefs, dictate ineffective actions. In essence, actions motivated purely by idealistic personal values forsake reality, and therefore cannot be properly implemented within reality.

If an individual directs their course of action through a reliance on memories, their actions are deemed unsuccessful due to a neglect of reality, as seen in the aforementioned killing of the rabbits. One is, therefore, confronted by the truth of their circumstances, through which they may now choose to direct their course of action after experiencing failed attempts to utilize their identity, without regard to reality, as a motivator of said actions. As such, a reliance on memory, likened to one’s values and identity, no longer incites action – it is now an embrace of one’s present that directs action. Within Robert, this is seen as his desire to learn the ¨will to kill,¨ sharply contrasting his actions, and beliefs, when based on his identity, or his memories. In the early months of the war, as Robert progresses up the ranks, he is placed on a ship. As the initial caretaker of the horses on the ship, Harris, falls ill, Robert assumes responsibility for the horses. Being of such high rank, and as he is one of the few on board with a gun, he is also assigned to the killing one of the injured horses – an action that memory of his sister prevented him from taking initially. This time, Robert is able to act according to what his circumstances require of him, as demonstrated through the carrying out of the order to murder on board the ship: “Robert approached the horse with the hammer drawn back and held in place by his thumb…He fired. A chair fell over in his mind.” (62) In choosing to kill the horse, Robert demonstrates a recognition of the reality of his circumstances. However, it is evident that Robert still values the life and innocence of the horse, as indicated by the recollection of  “a chair [falling] over in his mind” – a homage to Rowena’s death, to the value of innocence and life held within Robert. In the act of relying only on circumstances to direct his actions, Robert effectively degrades his identity. Thus, a neither sole reliance on memory, nor his circumstances, influences his actions in a manner that is both realistic and true to Robert’s own values – when memory directs action, in a time where values of such memories are no longer are applicable in reality, one’s actions can be deemed as futile; likewise, when reality directs actions that contradict the values and beliefs of the acting individual, they can be seen as equally futile.

It is only through a reconciliation of the conflict between the reality that one faces and  the values that one holds in their memories and identity, that an individual is able to direct effective actions in accordance with their values and the circumstances of their present. This realization can be seen as Robert returns to France after leaving the war – when visiting a bath-house, Robert is raped by fellow soldiers, after which he burns his photograph of Rowena: “After a while…he could feel the others retreating. He felt their bodies going away and his own being rolled and dumped face down on the stones…Robert sat on the mutilated mattress and opened his kit bag. Everything was there – including the picture of Rowena. Robert burned it in the middle of the floor. This was not an act of anger – but an act of charity.” (177-189) In reconciling the conflict between the values of his identity and the facts of his existence, Robert is now able to more effectively translate his identity, and how it influences his actions, into acts that are effective within the truth of his circumstances. Burning the photograph of Rowena symbolizes a recognition of the true circumstances of his reality (as demonstrated by his rape), one in which the innocence he had idealized in his memories of Rowena is no longer present in actuality. In acknowledging the truth of his reality, while still maintaining his personal beliefs and values that create his identity – as burning the photograph is, implicitly, an act of protecting Rowena from the cruelty of the world – Robert’s actions are now influenced by his personal beliefs, within the scopes of realty. This act of “charity” is a manner in which he is able to preserve innocence in a world wherein such innocence no longer exists. Through an embrace of one’s identity, and the recognition that the reality they face determines the sufficiency of their actions, one is able act with an accountability to their personal and circumstantial truths – the combination of motivators critical to producing effective actions.

In consideration of the nature of motivations that direct an individual’s course of action, there is that of a reliance on one’s identity, conviction in their personal beliefs, or one’s present circumstances to incite action – a reliance on identity, often in the form of an idealized past or memory, disallows an accountability to truth, and a reliance on present circumstances neglects the true values and beliefs of an individual – one’s identity – by which they should act. Thus, all actions motivated by a sole reliance on one’s identity or reality lack perspective, and therefore are ineffective – actions that are not realistic or based upon one’s beliefs. Ultimately, a reconciliation, in the form of a combination of  personal ideals and reality to incite action, is necessary in order for an individual to act effectively – with truth to themselves and their present – as showcased in Timothy Findley’s The Wars. Following the protagonist Robert Ross, in his actions dictated by memories, reality, and finally identity with an accountability to truth, it can be seen that actions based solely off personal values or reality are confining – rather the implementation of one’s beliefs within the scopes of reality incites effective, sincere actions.