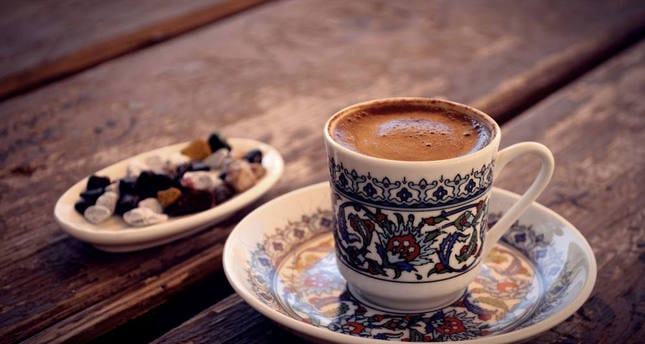 When a nation experiences a fall from grace, imaginative ideals establish the foundation onto which the nation’s recognition of lost glory is inevitable. Imaginings regarding past glory instigate a better vision for the diminished nation, a vision that acts as motivation for the future. Said notion is exemplified in the contemporary poem, “Turkish Red”, as written by Lale Muldur in regards to the degraded cultural and political state of her once prosperous nation: Turkey. Through the use of imagery and allusions, Muldur effectively establishes the glory of Turkey. However, it is only by means of imagination, invoked by aforementioned poetic devices, that she builds the foundation of her nation’s future – a nation seeking to revitalize its rich, though lacking, culture and ideologies on the basis of imaginative ideals of the past.

Through the use of imagery, Muldur entreats the imagination of her readers with sophisticated, explicit descriptions of the Turkish culture – it in is this manner that she demonstrates the wealth and sublimity of a nation whose past is that of a successful empire thereby creating an aura of nostalgia, and sentiment, through her illustrations. For instance, the utilization of descriptions of the “refinement of ancient times” (4) creates an ambience of wealth and grandeur in reference to Turkey’s past. Such descriptions, seen in the “reds in the Selçuki tiles,” “the manner of eating oysters,” and the specific “use of napkins,” (7-10) allow Muldur to place emphasis on sophisticated and culturally significant imagery; imagination coupled with this imagery elevates the impact of such illustrations. Not only is the reader more engaged in “Turkish Red” because of the vibrant imagery, but the imagination invoked by such descriptions also excites all of their other senses as well – a sentimental mood is created. The poem’s prevalence of “red,” specifically in the Selcuki tiles referencing Turkey’s religious origins, can be attributed to the connotations of red itself – in associating a powerful colour, the colour of the Turkish Flag, with meaningful Turkish art like the tiles, readers are forced to envision and feel the vibrance and rich culture of Turkey’s past glory. Likewise, in detailing the “manner of eating oysters” and “the use of napkins,” Muldur compels her readers to live through the Turkish aristocrats – the combination of imagery with the audience’s imagination enables not only a visual understanding of the brilliance of a nation like Turkey, but also an emotional connection with Turkey’s initial glory. Setting these illustrations amongst the backdrop of elegant “Euphrates nights,” (13) further suggests an ethereal, and certainly imaginative, element that elevates the Turkish nation to a state of great importance and exquisiteness: a romanticized state from which it has fallen. With this, Muldur effectively establishes the foundation of her nation’s past – that of a culture and people that retain a sense of glory – through imagery, and accordingly, imaginative ideals resulting from imagery. As such, Muldur has enraptured her readers, her fellow Turks, through the re-creation of a glorious Turkey, with the imaginings of a state from which her nation has fallen – a state constructed by the thoughts of a romanticized past.

Moreover, the utilization and romanticizing of Islamic symbols and symbols of Turkey’s past brings the nation to a divine, celestial level further exemplifying the import of imagination to readers. Imagination proves significant because it allows the author to construct a fanciful, all around more appealing version of the culture in question; within this reimagined version, the writer and audience members are able to garner a mutual understanding. Throughout the poem, Muldur’s constant allusion to Islam through its associated symbols allows her to appeal to the vast majority of the Turkish population – 99% of which are Muslim. She is able to display cultural understanding and appreciation, allowing her audience members to feel connected to her all the more. While establishing a sense of connection, their trust is harboured through the use of reference to “dervishes” (2), “Selçuki tiles” (7), and, most significantly, the “crescent and star”(17):  major symbols of the Muslim faith. By transforming the crescent and star into “earrings” on the “Azerbaijan girl”, jewelry: symbols of beautification, she makes it evident that she writes about Islam with admiration; thus, allowing the creation of fantasies to flow all the more organically in the mind of readers (16 & 17). Once Muldur is able to gain the trust of her fellow Turks – proving the import of imagination in the creation of commonality – she is able to effectively remind them of Turkey’s once prestigious past. Her plea is made with greater impact as she has set the stage of patriotism. In spite of Turkey’s claim to secularism, the tie between Islam and the culture is not easily discontinued. As seen in her reference to the symbol of red in the nation’s flag – “turkish red” (1), she is able to romanticize Turkey as a whole by grounding her position in the imaginings of its past in conjunction with Islam. The fantasies she constructs around the “drinking table” with all types of Turks, assure readers that she has an appreciation for all aspects of Turkey’s culture and people (3). In doing so, Muldur is able to display the importance of imagination through her use of symbols as it is pivotal in her connecting with audience members, and therefore pivotal in re-establishing Turkey as an illustrious nation.

“Turkish Red”, taken from Series 2, was not simply a flowery, romanticized piece of literature based on “eating oysters” and past glory, rather it is an expression of what it truly means to be a Turk. The poet, Muldur, showcases her love for not only Turkish culture but for the people, and her dire need to ensure all aspects of “turkish red” are protected. Through her masterful use of imagery and allusions, Muldur is able to display imagination as a necessary element in establishing a visual and emotional connection to one’s nation and culture, as well as garnering the trust of one’s audience. Through this, Muldur is able to glorify aspects of Turkey’s past while encouraging their continuation in an even brighter future.