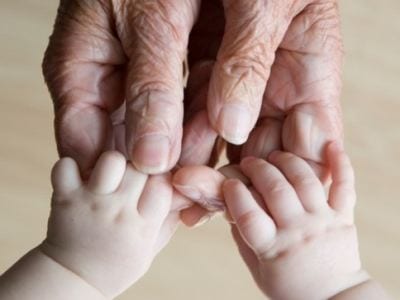 “Privacy is a privilege not granted to the aged or the young. Sometimes very young children can look at the old, and a look passes between them, conspiratorial, sly and knowing. It’s because neither are human to the middling ones, those in their prime, as they say, like beef.”

This quote is from the first chapter in The Stone Angel and involves Hagar Shipley discussing her current situation of residence with Marvin and Doris. Right before this, she starts off by discussing the significance of her mother’s stone angel and how she used to visit the Currie section of the cemetery when she was a girl. As she transitions into her present, Hagar conveys this lack of connection and this misunderstanding between the current adult generation and her own, as she perceives that the current middle-aged assume that the elderly live in their memories. This she defiantly refuses by saying that she finds a new beauty in every day of her present, however, after reading the novel, the reader speculates how her actual character is very much in contrast, as she frequently revisits her past from all stages of life.

Through this quote, Hagar conveys this absence from the reality of her present in a way, as she feels as though she’s distant from Marvin and Doris because of her assumption of Marvin being more of a Shipley than a Currie by heart. With Hagar feeling distant, there is also this want of being far from reality which spurs this relation of her comparison to children as she’s at this point in her life where she craves this innocence despite her life experiences. Also going directly back to the quote, the concept of privacy is considered to be one of maturity and status that one gets when they are considered to be capable of possessing it, and since Hagar is commenting on this freedom being taken away, it’s as if she is being reduced to the state of a child.

Considering this, Hagar, as a child, was always portrayed as someone that was defiant and bold in the sense that she was confidently the daughter of a wealthy businessman and never showed her emotions to let any vulnerability seep out. In this scenario, where Hagar is witnessing her qualities of independence and poise fade, it’s as if her inner self is peeling out, to her actual childhood identity, behind this wall of properness and status after her lifelong struggle to maintain hold of it. For the last sentence in this quote, “It’s because neither are human to the middling ones, those in their prime, as they say, like beef,” the author portrays this mockery done by Hagar of adulthood, as she’s pointing out that the middle generation does not consider the ones too young or too old to be knowledgeable, however Hagar seems to show that at her age, although she wants to maintain control over her image and how others see her, through properness, she no longer wants to have this knowledge and instead wants to resort back to the state of innocence after seeing the beauty and faults understood by the knowledge.

Furthermore, this quote suggests a foreshadowing done by the author of Hagar’s behaviour as she progresses towards her demise near the end of the novel, as Hagar distinctly depicts this development of connection when she is placed in the same hospital room as Sandra. When Sandra is not given priority when in need of a bedpan, Hagar disregards her pride and chooses to retrieve the bedpan from the washroom despite her physical limitations. Since the process of excretion is considered to be the most foundational quality of being human, the fact that Sandra is having to rely on Hagar’s support during this circumstance reinforces the significance of this quote, as Hagar develops a relationship with Sandra when she is least regarded as human. 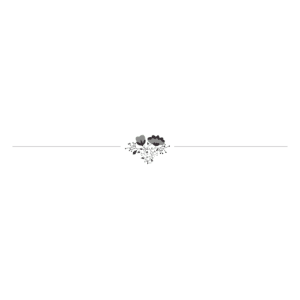 The reason why I chose this quote is because in my life, my grandparents on mother’s side hold a deep significance. Ever since my first steps to the time where I could ride a bike, I do not have any memories of my childhood where my grandparents were absent, therefore, I have always been extremely close with them, especially with me being their eldest grandchild. When I read this quote in The Stone Angel, I immediately thought of them and all the memories of sneaking looks and the secrets that were only between us flooded my mind. When intertwining my personal connection to the quote and Hagar’s relationship with children throughout the novel, I noticed that it’s as if the young and old have this secret language that only they know and can know if they put on this lens of carelessness. Children possess it because they do not have any experience of loss or rejection; therefore, they don’t care about the way they behave or how the world sees them, whereas the elderly don’t want to care anymore after their lifelong journey of doing nothing other than it. It’s interesting the way that young children and the elderly relate, and this has always been extremely fascinating to me, the way how people from different generations and different times from history find this relatability of being separated from the world of logic, reason, and care.

Along with the fact that I could directly relate to this quote with my grandparents, I also chose it because of this fascination and how I’ve been able to connect it to other parts of my life as well. One such example of this extended connection is when, over the course of the summer, I volunteered at Heritage Park and realized that I actually find it easier to connect with seniors than with people my own age. The way that the elderly have so much experience and these stories, yet they are carefree where it’s almost like you can be a child again with them allows me to fluidly develop connections with elders, similar to how some people feel innocent and simple when they are in the presence of the young.

My emulation in response to the quote chosen was inspired by my direct relationship and memories with my grandparents, specifically my grandmother. Since my initial decision to pick this quote was based on my matter connection rather than the context and meaning of the quote within the novel, this emulation is not directly related to the structure or analysis of the quote and instead is a creative poem dedicated to the past years of nurture provided by my grandmother.

My stubbed fingers twiddle to gain hold of her soft veined hand, as hers warmly swoops down and grips mine with reassurance, like an anchored paddle boat resurfaced to the top.

She steps gently with her motherly grace, as her feet press the fresh fluffed snow against the earth in front of me and I waddle behind her, with my crunching boots following in the footprints she preciously leaves behind.

The loose end of her cashmere shawl flickers in the cool breeze against my flushed cheeks and the saturated aromas of roasted cinnamon and cloves tickle my sniffles as we continue our journey to the park.

The dancing fabric covers my eyes with its tail and I can no longer see ahead, yet I continue on because I feel her palm embracing mine and I still smell the cloves and feel the pressed snow.

The fluttering of the threads has seemed to cease but so has the motion of the stepping. I peak up with my wincing eyes and see she has turned to face me with her hazelnut gaze and the rounded glasses framing them. The delicate folds of her skin deepen as a knowing grin mellows onto her lips.

Without releasing the touch of our melded hands, she crouches gently before me and lifts the cap of my jacket with her spare hand over my bare head.

A look passes between us, innocent yet knowing.

She stands and turns while kissing the snow with her heels once again while our journey continues.

Our hands remain folded, feet follow in the prints created, and the cinnamon and cloves continue to infuse the air against my breath.

I know she is there and she knows I, as we venture on with our secret language of smiles and touch.

One thought on “The Passing of a Knowing Look (Quotation Presentation)”