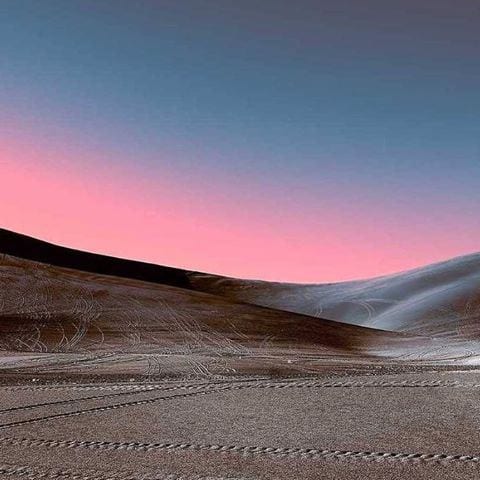 This blog is the continuation of the emulation/matter from my Quotation Presentation. The quotation used  for my presentation is taken from Margaret Atwood’s The Handmaids Tale and reads,“What I need is perspective. The illusion of depth, created by a frame, the arrangement of shapes on a flat surface. Perspective is necessary. Otherwise there are only two dimensions. Otherwise you live with your face squashed up against a wall, everything a huge foreground, of details, close-ups, hairs, the weave of the bedsheet, the molecules of the face. Your own skin like a map, a diagram of futility, criscrossed with tiny roads that lead nowhere. Otherwise you live in the moment. Which is not where I want to be.” (p. 165) Set within the “Night” chapters, in which Offred reflects upon her past, this quote occurs after the Commander invites Offred to see him – a punishable offense in the society of Gilead. Offred views the Commander’s room, his invitation, as “normal life,” surrounded by magazines, Scrabble, and  reminders of a time before Gilead. The transition into “Night” could possibly be perpetuated by this reminiscence of the past, as the “Night” series is one of the few times in which Offred decisively delves into her life before she became a Handmaid. The significance of “Night,” apart from the fact that it offers insight into Offred’s opinions regarding past and present society, is also in its symbolism – the darkness and isolation of night provides Offred with comfort and sense of security, as opposed to daylight, when she is constantly under observation. In relation to the style and structure of the quote, diction choices, specifically the statement “illusion of depth,”  suggest that society has become “black and white,” with no real room for depth in thought, understanding, curiosity – only that which Gilead has allowed is reality. Further, a disconnect in Offred’s identity is evident in the excerpt reading “Your own skin like a map, a diagram of futility…lead[s] nowhere,” indicative of the fact Offred views her body as what defines her – she detaches it from her being, acknowledging its “futility.” Through specifically mentioning “face,” and therefore her head, Offred suggests that only perspective, and accordingly her mind, allow her refuge from the external oppression she faces. The lack of unity in mind and body, in thought and action, develop the idea of cohesion and balance as a necessity, and formed the basis of my “matter” in regards to this quote.

The premise of the matter portion of my presentation was based off of the mindsets and ideologies that I have held, and currently hold, culminating into the mindset I would like to develop for my future self – I say develop because each of these quotes represents my truth, who I am, pieces of me that I will not  and cannot change out of an accountability to myself. I am not attempting to reinvent who I am, rather I am seeking a balance within myself, a cohesive quality that will enable me to synergize my personal qualities and aspirations, a harmonic unity.

Eager to become aware, to apply knowledge, to pursue the embodiment of a fundamental understanding, one becomes engrossed in the idealized concept of making the  unknown known, addicted to the sense of accomplishment that comes with being reasonable, at the expense of neglecting passion in their lives. It is thought that passion corrupts reason, corrupts rationale, though in reality, passion enables reason by allowing for a greater depth of understanding. It was this idea that, in the past, I did not recognize to be plausible.

While it is true that I had, and have, a passion for becoming aware, a passion for reason and order confines in a life that is rather unreasonable and chaotic. The physics of the world we are in has no order, rather it is a mere coincidence that the principles that sustain the earth are suitable for life, the fact that nature does not distinguish between what is “right” and “wrong” – simply existing, by chance, relative to what is needed to sustain life – creates a world in which reason cannot be the only defining power. Without this variation in perspective, seeking to “know” through reason only can become overwhelmingly dominant in one’s ideologies and the manner in which they conduct themselves. With my reliance on reason, I became focused on efficiency and effectiveness in how I carried myself and prioritized my life. Passion for anything other than that which was not enhancing my physical understanding and awareness became non existent, as I focused only on the application on my understandings and the quantifiable results that it gave me. While I learned through my experiences, I did not live through them – reason, unaccompanied by perspective, the ability to appreciate  that which is not linear,  causes one to live for the future and lose their life in the present.

“What I need is perspective. The illusion of depth, created by a frame, the arrangement of shapes on a flat surface. Perspective is necessary. Otherwise there are only two dimensions. Otherwise you live with your face squashed up against a wall, everything a huge foreground, of details, close-ups, hairs, the weave of the bedsheet, the molecules of the face. Your own skin like a map, a diagram of futility, criscrossed with tiny roads that lead nowhere. Otherwise you live in the moment. Which is not where I want to be.”  – The Handmaids Tale, p. 165

The realization that I have been hypocritical. Focusing on the pursuit of understanding and awareness of all things without pathos. Failing to truly learn from every aspect of the mind, the body, because I sought a more quantifiable kind of knowledge and awareness. Still wanting that intellectual quality, the continuation of achievements. Grayscale. Sepia. Monotone.

Those who embody the concept of pragmatism do so through embracing the idea of logic. Those who embody the idea of living in the moment do so through embracing the feeling of experiences. The few who have integrated the two do so through  perspective, and accordingly, ignorance. Seemingly counter intuitive, purposeful ignorance, preceded by perspective, allows for a variation in one’s ideas, in how one perceives and experiences the world. For a balance of passion and reason, a balance of thought and feeling, requires an ignorance to the appeal of the extremities – guidance through sole reason and sole passion – and the highs that come with each. Likewise, cohesion and success in life comes with an ignorance to the unknown –  in this context, what is thought of as impossible, unattainable. Curiosity may influence one to pursue to unknown, but purposeful ignorance allows one to surpass the unknown.

It is because of this realization that I have sought to not rid myself of my high standards in understanding and simply being aware, but to dilute my sense of reason with passion and experience from a different perspective, requiring ignorance to do so. I had previously thought of ignorance as being conscientiously stupid, and had an intense focus on intellectual achievement. Yet growing my mind did not allow me to grow as a person, as I had not grown in my experiences. Rather, I had become monotonous in my perspective. I had become still in my pursuit of the unknown, adopting only one perspective to view what I experienced, and therefore was still in the way that I thought about and approached the unknown. That which I valued had begun to lose the initial vigor that I associated with it. A balance of pragmatism and passion for living in the moment, being present in my experiences, was, I realized, necessary, to add saturation and tone to the monotony. It can therefore be argued that not all ignorance is an act of “conscientious stupidity;” rather the utilization of purposeful ignorance, with perspective, acts as a necessity to actualize aspirations of balance within reason and passion.

“”Had they known what lay ahead, they would have chosen not to begin at all. And there are instances where being ignorant is quite helpful and instances where it can be quite harmful.” – The Measure of My Powers: A Memoir of Food, Misery, and Paris, p. 260

Becoming sustainable and balanced in passion and reason. In experience and understanding. In my past and present self. Realizing that a lack of awareness, sagaciously, is not the detrimental kind of ignorance. That it can promote success and growth. Colour.

A unity of all elements. Through a Pursuit. Through Reflection. Through Perspective. Through Ignorance.

In search of perspective, the ability to understand and implement balance in one’s life, the idea of purposeful ignorance must be understood and adopted Within itself, the concept of ignorance, and the subsequent reflection of character of those who are ignorant, appears negligent – as I had initially thought. However when purposefully applied in conjunction with perspective, ignorance may act as a mechanism to achieve personal, social, and intellectual balance, and success.

Failure to incorporate perspective within one’s self leads to a life of certainty in the sense that, in all things, one will continue to live as they always have. However, growth does not occur within certainty – it occurs when we are on the edge of uncertainty, on the cusp of falling into the unknown. It is because of a lack of perspective, of a continuity of the “same old, same old” where individuals become content with their “normal,” and subsequently want their “normal” as it is all they are exposed to. And it is because of a lack of purposeful ignorance, that we are subsequently condemned to live a life of certainty, and therefore, a life of stagnation.

It is through  this reflection of my past and present self, and the ways in which I conduct myself, that I have been able to realize the importance of balance within an individual and a sense of cohesion in my logic and in my passion. It is through recognizing the importance of purposeful ignorance that I may implement this recognition into my own life, and redeem myself from a life of stagnation – a life free from the unknown.

*Ideas and phrasing in my Quotation Presentation blogs from my first and second year of AP were used to depict the arch of understanding that has developed from my past to now.

4 thoughts on “Quotation Presentation: Perspective to Promote Purposeful Ignorance in Pursuit of the Unknown”