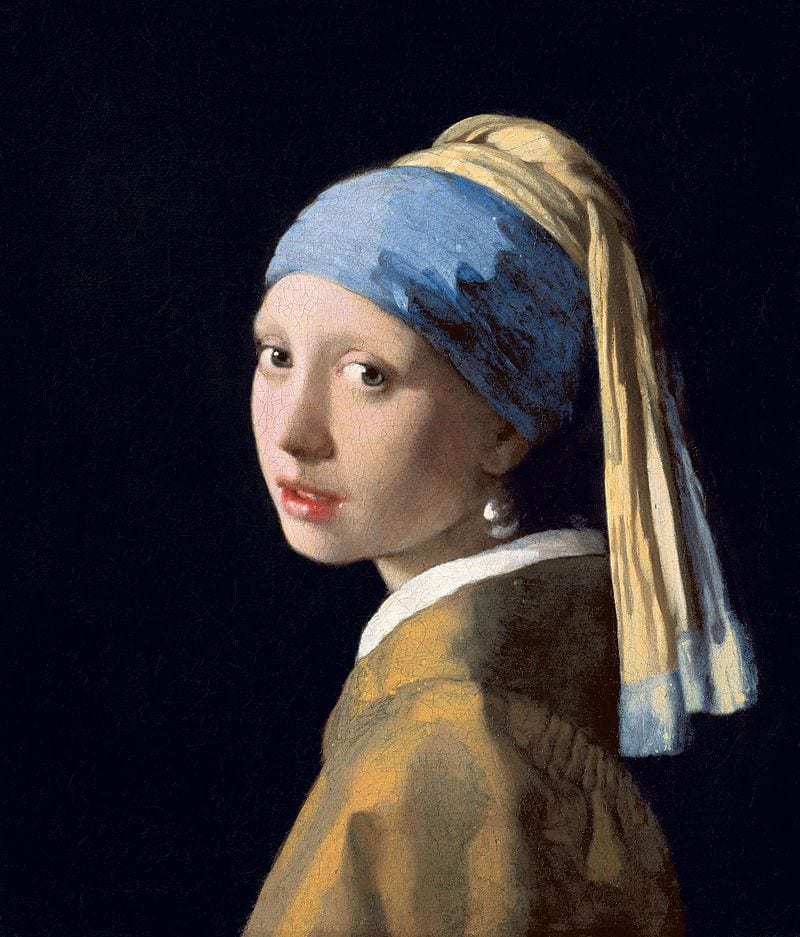 As is indicated by my highly subtle use of Girl with a Pearl Earring by Johannes Vermeer as my featured image, my quotation presentation is about this painting’s eponymous book by Tracy Chevalier.

“You’re so calm and quiet, you never say. But there are things inside you. I see them sometimes, hiding in your eyes.” (pg. 160)

To quickly recap the context of these quotes, the first quotation listed above is part of Griet’s inner thoughts when she and Vermeer have a discussion about the true colours of everyday objects. To help Griet understand his practices as a painter who uses “false colours” Vermeer has Griet examine the clouds outside. Though she initially has difficulty, she becomes able to see the clouds as more than fluffy grey bringers of snow (this is the exact terminology all Canadians use to describe clouds, but I digress).

The second quotation is said by Pieter out of frustration; he is unable to understand what is going on inside Griet’s mind and decides to vocalize his exasperation through this quotation. Griet, in a truly headstrong fashion, outwardly ignores his words, but becomes aware of the fact that Pieter, to some degree, understands that she is keeping secrets from him.

I chose these quotations mainly because of how they encapsulate Griet’s character in ways I find understandable; originally, when I read these two quotes together, I thought of the first bit of that Billy Joel song The Stranger, where he starts by crooning about how “Well, we all have a face/That we hide away forever/And we take them out/And show ourselves when everyone has gone/Some are satin, some are steel/Some are silk and some are leather/They’re the faces of a stranger/But we’d love to try them on”. (I swear this isn’t a reflection of my taste in music.) Griet is characterized by that paradox of human nature; she’s aware of the passion residing within her (the face she has hidden), as suggested by the first quotation, but she makes the active choice to cover it because she has deemed that passion to be improper (so she hides it away forever), demonstrated by Pieter’s words.

Thematically, it is a case of appearances vs reality; the first quote shows what Griet may have been like if she allowed herself to foster the passion she feels (it’s the face of a stranger, but she becomes infatuated with it in heat of the moment), a notion which is emphasized by the whimsical choice of subject matter and the unrestrained tone of the quote and the fact that she has become aware of beauty in the world through the lens of a painter, while the second demonstrates Griet’s attempt to ground herself, as well as her inability to completely disregard the artist within her – as in, her true self – around others. This weakness festers behind her eyes: eyes, as is already well known and often written about, are a connection between an individual and the world around them. Eyes are particularly significant because of the connection to visual art, which, shockingly, generally needs one to have vision – ideally, artistic vision, as Griet and Vermeer have – to enjoy, and the connection between the two suggests that Griet’s own artistic vision is both her strength, in the sense that it makes her sensitive to aesthetics, and her weakness, in that she fails to hide herself because she cannot contain it, ultimately turning her into the type of girl she feared she would become.

Naturally, I relate to Griet because of her character; as an immigrant, I feel as though there are parts of myself I cannot share with either my parents, who are “true” first-generation immigrants, or my brother, who is a “true” second generation immigrant. Because of these, it often feels like I’m straddled between worlds, a sort of “1.5 generation” that is supposed to be a link to bridge cultures but instead I became a vessel for things that can’t be expressed without making others uncomfortable. Because of my heritage, I became, from a young age, aware of poverty and discrimination and water sanitation problems and healthcare issues and the notion that I should be grateful because there are some kids that starve daily (that last one may just be a staple of parental lecturing, but it felt so much closer back then). When I moved here, it was hard for me to reconcile these atrocities with the immutable natural beauty represent by Canada; in the end, the only conclusion for me was that the world can simultaneously be disgusting and beautiful, and that the two cannot be separated. I suppose this is the main reason for my cynicism, but I think it also allows me to find unexpected beauty and humour: this is what I’ve explored in my personal response below.

They say that eyes are like the windows to the soul.

Well, I’m afraid you’ve been lied to. Eyes are like funhouse mirrors—the shapes and reflections in them will lead you on like crocodile tears, and when you realize how foolish you were to believe in such a frivolous sentiment, you will be sorry for it.

Did you honestly think these things that leak like faucets when in close proximity to onions could hold all of your soul? Your essence does not hide behind your retinas; you don’t need an optometrist to find your soul-mate.

Your soul exists out here: in the smell of cut grass and in all the arachnids you have chosen to kill or spare, in the energy of the molecules you are breathing out at this moment. Your soul is what fills the vacuous yet comfortable silence between friends, what can make a sonorous flourish of trumpets feel like an adventure, and why a chance encounter can feel serendipitous instead of merely circumstantial.

So when I look at the clouds instead of at you, don’t take it as an insult that you’ve been spared of a dissection, because you are not some creature on a laboratory table that needs my understanding to survive. Your soul is the microcosm of all that you have experienced and will continue to experience, a sketch of the world through your spirit.

That’s what I want to believe.

I find it hard to believe.

Because believing this blindly means forgetting.

It means erasing my understanding of the world as ugly and unforgiving: it means undoing my awareness of the fact that some children, somewhere, are not amputees because of tragic accident, but because some adult was sick enough to realize a child without limbs elicits more pity from us, the privileged; it means knowing that in this catch-22, your pity may inadvertently make a life much, much worse. It means looking away when people search for mercy because there is no mercy in being spared of pain now to only drown later.

It means disregarding all the times I’ve wanted something to be there, behind your eyes, and believed there was something there, something worthwhile, something in the way you saw me.

They say there is great beauty and great pain in this world; sometimes, the polarity of it makes me want the ignorance associated with blindness. I wanted to be special, but I am no different from every other little creature you will encounter in your lifetime. Sorry to disappoint.

Looking at the clouds doesn’t save you at all: I want to save myself from your gaze; I don’t want to be some animal on a table, waiting for you to understand me.

The clouds look rather beautiful today, don’t they? 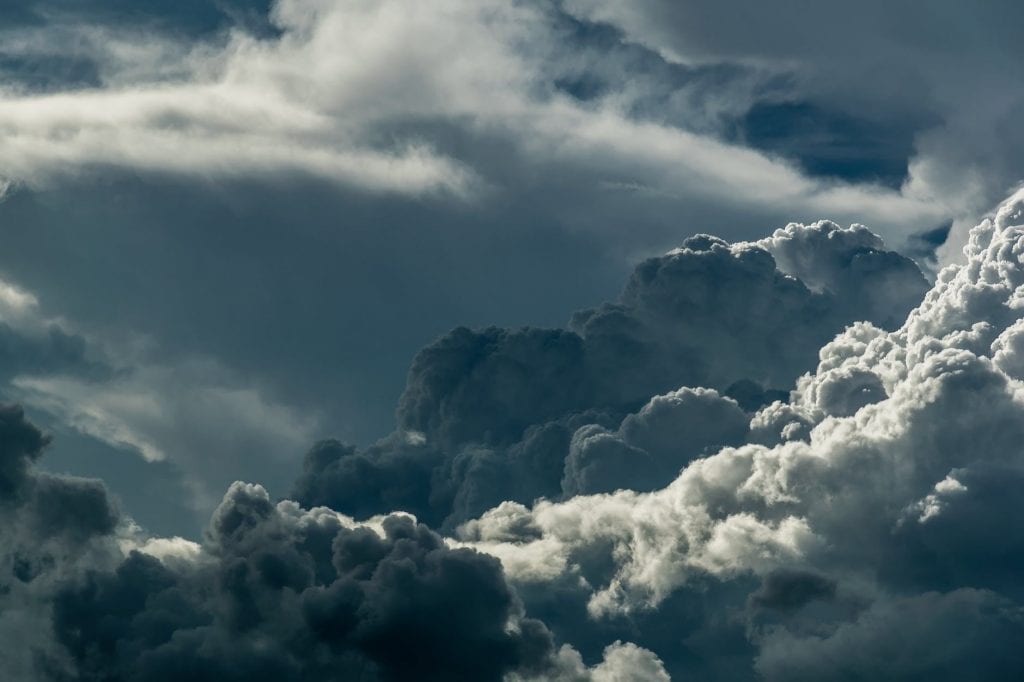 I’d like to thank those of you (hopefully I’m referring to a plural, but I am grateful for even you, singular reader) who took the time to read all of that. I don’t know if anything was particularly insightful, but for this one, I wanted it to be as simple as me, sharing a book about a painting I like. Thank you for tolerating my nonsense long enough to reach this note.

If you’re interested in the whole thing with child beggars, I’d recommend this; it’s disturbing, but it’s the truth: http://www.slate.com/articles/double_x/doublex/2013/09/giving_money_to_child_beggars_don_t_do_it.html

4 thoughts on “They say that eyes are like the windows to the soul.”