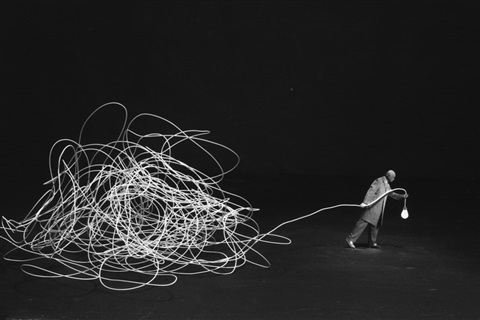 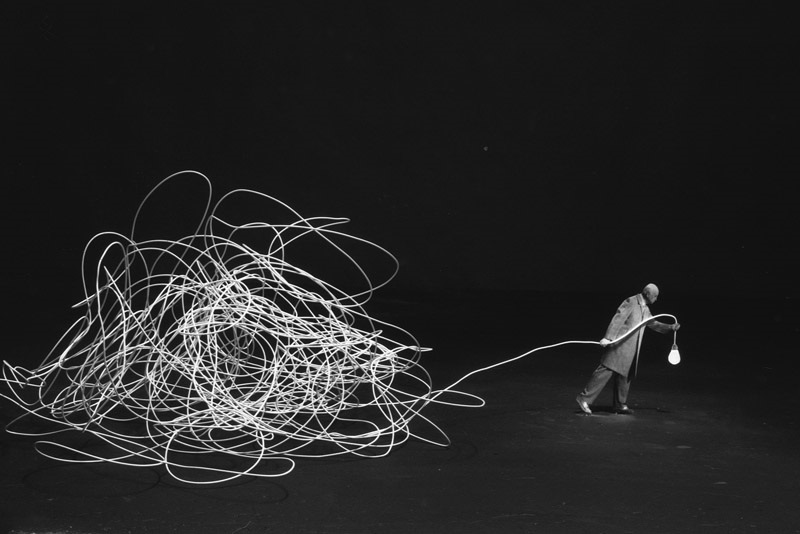 What do these texts suggest about the conflict between pursuing a personal desire and choosing to conform?

Every individual is born with a color. Many individuals together can make the world a spectacle – each individual with their own color like a flower in garden. By right, the world should become more beautiful as each generation passes, however, it is impossible in today’s society to not look around and wonder. What happened? Where did everyone go? A garden just isn’t the same when there are only weeds.

Now, although the world changes colors, it is only one color at a time. Individuality – as the world knows it now – is a concept. Society has become a governing authority: it requires conformity from all its members, both old and new. To conform is to abandon one’s identity. An individual’s identity is determined by the extent to which they will repel societal expectations in order to pursue their personal desires. Regardless of how tough an individual’s circumstances may be, they must resist conformity, as it results in the loss of one’s identity. In robbing individual’s of their personal identity, Society creates a large collective identity which consists of those who have forsaken their personal identities. Far too many individuals weaken their unique identities in order to “fit” into Society in order to fulfill their desire to become part of something “bigger” than themselves. Something by which they can identify by and associate with. They do so unknowingly that, as they grow and mature, their desires shift – resulting in the newfound desire to create a strong personal identity. One by which only they can identify. To pursue personal desires is to strengthen oneself. What these individuals fail to perceive is that by conforming (which can be accomplished through the weakening of one’s own identity) they are pressuring others to do the same. This process continues until every member within Society has traded in their solid personal identity to be assimilated into the collective grey.

There is never an end to this process; every Society has an individual who recognizes the importance of maintaining their own identity. An individual who shows a different color. A flower. Hence, there is always hope for individuals who have abandoned their identity, yet have the desire to create their own. Unfortunately, this individual who – with a mad passion – yearns to achieve their goals and refuses to conform remains as the sole individual left to be absorbed into the collective. In being the last one, a conflict arises between conforming, like everyone else, or pursuing their personal desires. It can be said that, the individual who persists from conforming in order to pursue their goals will be in conflict with those around them, which leads to conflict within themselves, as seen in Gilbert Garcin’s Diogenes or Lucidity, as well as through my personal life.

Within my household, I feel as though I can safely say that (for a time) I was this individual, and still am. I was the one who questioned everything, the one who wouldn’t sit still when told to. My parents, being entirely foreign to this country, felt the need to conform. Adapting to their surroundings, they grew to care about their image in the eyes of others. It was thought that by conforming, nobody would feel that we were different. It wasn’t for us to fit in, but for others to accept us. To be different was to be odd; a disgrace even. My siblings, they followed in the steps of my parents. They did not want to tarnish the family name. My family began to take extra precautions in order to seem “normal.” To seem like they knew what they were doing. And although none of them had the desire to be completely radical and vibrant, they were slowly dimming the light of their colors. In doing so, slowly fading into the grey of Society. Colorless. As I see this happening, and it saddens me. Especially when I come home and my mother is telling me to fix my hair, tuck my shirt in, be quiet, and go study. As a child, this bothered me. My own mother telling me I was unfit for Society? I felt like a disgrace. Yet, I kept my color. I was always in disagreement with my brothers. They told me I tried too hard in sports – that I didn’t give the other kids a chance. I felt alone. Even my father tried so desperately to convince me that my method of thinking was incorrect. These influences created a great deal of conflict within me. My issues of stammering came in, I became seclusive, I didn’t know what to wear to events, didn’t know how to talk to others, didn’t understand why things were happening the way they were. I always asked, but the answers were far too vague for anyone under the age of 16. There were times when I didn’t want to talk, I already knew I would be “wrong”. I was an alien with a colored antenna. I was holding a lamp in a darkened world.

An individual who resists conformity will be in conflict with others who follow Society’s conventions, which causes a conflict within themselves to arise. Diogenes was this man as well. He is “reported to have lit a lamp in the middle of the day and [wander] about saying “I am looking for an honest man.”” Anyone, even in today’s Society, would say that he was crazy. Perhaps, being the last one left with a light to hold up his colors, he became crazy. After all, the conflicts that arise in such circumstances may cause an individual’s identity to falter, which will lead them towards conformity. After resisting such a temptation for so long, while being in conflict with every other individual, an individual’s identity, as well as sanity, may become questionable. However, the color remains. This color cannot be replicated, and must be guarded safely. Society’s aim seems to be to create a colorless world, where everybody is under one light. Plunged in darkness. And as more individuals succumb to the tempting allure of this collective darkness, the conflicts become greater and more difficult. However, as seen in Diogenes or Lucidity, there will always be light. There will always be a sliver of color.