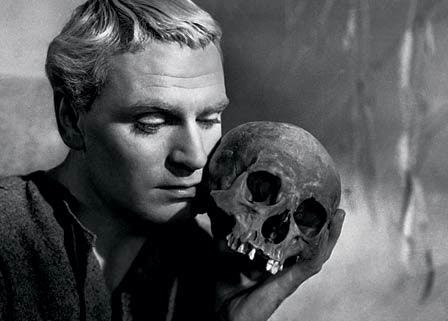 Prompt: The ways in which individuals struggle to restore honour and certainty.

An individual cannot restore honour without certainty in one’s own capabilities, which a lack of will often lead to doubt and uncertainty in their actions.

Life is full of uncertainties: from the date of one’s birth to the end of one’s life, to which the probability of both are unknown themselves. It is uncertain in the way that it is not able to be controlled nor chosen, and leads to doubt in individuals who have yet to choose their path. Individuals are easily consumed by this abundance of uncertainty and will often delay their courses of action in fear of failure. This can lead to a life less than ideal for an individual, and in result, creating anger aimed towards themselves and directed to those around them. In William Shakespeare’s play Hamlet the title character battles with his loss of honour, or in other words, the prestige of his family. Due to this major loss Hamlet is uncertain in himself and the world, only until the ghost of Old King Hamlet appears. However, his uncertainties continue to overpower his mind and Hamlet begins to doubt once again. Through multiple changes of the heart throughout the play, William Shakespeare develops the idea that an individual cannot restore honour without certainty in one’s own capabilities – which a lack of often leads to doubt and uncertainty in their actions.

Hamlet’s vulnerability is prominent at the beginning of the play when his mother, Gertrude, marries her husband’s brother, Claudius. Angry with disgust and thoughts consuming him, Hamlet’s helplessness leaves him susceptible to the influence of both supernatural forces and his own mind. In Act 1, Scene 5, the ghost of Old King Hamlet utilizes this weakness to inform Hamlet of his father’s murder. The ghost claims Hamlet must avenge his death which occurred at the hand of Claudius, who seduced the seemingly virtuous queen and poured poison in the ear of Old King Hamlet. As his father is forced to return to the purgatory he is tied to, Hamlet exclaims, “The time is out of joint; O cursed spite/ That I was ever born to set it right!” (679) The man is left with the life-altering question of whether or not act; he ponders whether his purpose in life is to right this wrong and curses the timing. However, the ghost appeared despite being locked in purgatory, as if it was necessary to both the ghost and Hamlet’s life to learn of the murder. In other words, the ghost was sent by Hamlet’s fate to right the wrongs made by Claudius, and it is this certainty that gives Hamlet confidence in his capabilities. Despite feeling inhibited in his course of life by the decisions of his family members, Hamlet’s newfound self-assurance helped him decide to strive for revenge. As Hamlet is determined to receive retribution for his father and the family name tainted by murder, incest, and betrayal, the first act ends with a new story written in the stars.

Despite the certainty in which drove him forward to pursue revenge, it is not enough for Hamlet to disregard any ounces of self-doubt left in himself and his situation. As he begins to dwell on the idea of revenge, Hamlet’s mind precedes to overpower any thoughts of action. Hamlet claims, “The spirit that I have seen/ May be the devil; and the devil hath power/ T’ assume a pleasing shape; …perhaps/ Out of my weakness and my melancholy… Abuses me to damn me.” (687) Hamlet gains uncertainty again once it occurs to him the ghost may merely have been a demon and not the true form of his father. With the lack of evidence of his father’s death being murder any certainties of the ghost being truthful are insignificant in Hamlet’s eyes. In result, he battles with the previous idea that he was born to set things right and diminishes any feelings of certainty in his own capabilities. Furthermore, it doesn’t occur to Hamlet that evidence may be found if he goes looking for it; this all due to the belief he was susceptible to manipulation in his time of weakness, and lack of confidence in his strength as a human. This self-doubt continues to show whenever Hamlet prolongs the restoration of honour due to uncertainties in himself and creates justifications for his fear of action. Had Hamlet been thoroughly convinced of his ability to seek for the truth, honour may have been regained instantaneously.  Nevertheless, through his constant avoidance and assurance that the time for revenge is not right, Hamlet is unable to redeem the family name tainted by his uncle.

The uncertainties Hamlet possess not only prevent him from taking action but also serve as incentive to defy the thoughts in his mind, as exemplified in Act 3. Troubled by the lack of evidence Hamlet vies to devise a plan in order to attain certainty in Claudius’ guilt. With the assistance of the traveling players, Hamlet decides to use a play in order to emote an emotional response from King Claudius. In the previous Act 2 Hamlet declares, “The play’s the thing wherein I’ll catch the conscience of the king.” (687) to which he achieves in receiving. Hamlet finally has certainty in the ghost as his words turned out to be true, and Hamlet finds it easy to trust the ghost once again. However, uncertainty in Hamlet’s abilities prove to overpower certainty in the ghost’s truth when the time for revenge nears. The main character claims himself, “And thus the native hue of resolution/ Is sicklied o’er with the pale cast of thought;/ And enterprises of great pith and moment/ With this regard, their currents turn awry/ And lose the name of action.” (688) When Hamlet loses his final chance at redemption he compares himself to Fortinbras; they die for a chance at honour but he has let his uncertainties with himself and the facts hinder his chances. It is only when Hamlet is blinded by rage, claiming “Oh, from this time forth, My thoughts be bloody, or be nothing worth!” (700) and loses all sense of his previous morals that he acts. Before this senselessness, Hamlet let the disbelief in his fate, the facts and himself lead to uncertainty in his actions.

Through a lack in action from the protagonist of Hamlet, William Shakespeare exemplifies that an individual without certainty in one’s own capabilities will hinder the restoration of their honour. Though Hamlet began with certainty in his fate to enact revenge, the lack of evidence of a true murder occuring ceased it. As he was convinced to believe the ghost may have used him in the period of “weakness” and “melancholy”, any ounce of certainty in Hamlet was gone. Although Hamlet retained his faith after catching King Claudius in a moment of his true conscience, his uncertainties with himself continued to get in the way. Even with Claudius kneeling in what appeared to be a moment of weakness did Hamlet let his uncertainties define his course of action, or lack thereof. Refusing to take action at a pivotal moment was both a turning point for Hamlet’s honour and his father’s revenge. Any chances at redemption were thrown away at Hamlet’s indecisive manner – and his honour along with it.