My love for you is like diarrhea: I just can’t hold it in.

There will always come a time when the individual will find themselves in a situation where they’re secretly gawking at a potential love interest in a public setting. It’s impossible for the individual to quell their desire to initiate conversation yet there exists a nigh-insurmountable obstacle: this love interest is a complete stranger. There is a lack of any conversation material! Under such dire circumstances, the individual is forced to resort to their secret weapon. After suavely approaching their target, the individual utters the above pick-up line…and they receive a blank stare. This blank stare soon turns into the anger that is akin to the rage felt when a companion steals the fries that came as a side order. It is at this point that the individual wisely retreats.

I once ate a watch. It was time consuming.

In a different scenario for the same individual, the individual is standing with a group of friends. Stale discussions over the tastiest food that has been tasted by a member of the group are occurring today. Nothing new. A change in atmosphere is required – humour is the fastest way to escape the boredom that is induced by the repetitive nature of the discussions. The individual, however, doesn’t want to seem like the type of person who would arbitrarily change the subject in order to inject comedy into the discussion. Eventually, a witty remark presents itself in the mind of the individual, and they blurt out the above pun without giving it a second thought. Hysterical laughs are expected from the fellow group members. It’s a clever joke after all! In place of laughter, there is dead silence. 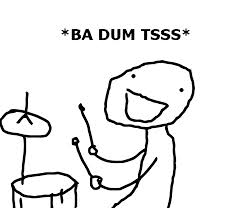 Puns and Pick-Up lines are often met with varying levels of hostility. At best, they’re tolerated; at worst, the individual affiliated with either is shunned or lowered to the bottom rungs of the social hierarchy. There’s really no opportune moment for them, and it can be quite challenging to find high quality in random puns and/or pick-up lines. Some of the really clever one-liners may even go unnoticed to the untrained eye. Overall, there just doesn’t seem to be any use to them. They’re worthless.

But let me tell you: puns and pick-up lines will save this generation.

Puns require you to think outside of established norms, while pick-up lines involve abnormally initiating conversation with a potential romantic interest. This is where creativity comes in: no perfectly sane individual would allow themselves to be associated with cheeky one-liners, and therefore there is an excess of comedy material for those few who are willing to traverse this ridiculed pathway. Venturing outside of social norms results in an expansion of the horizon of human knowledge – albeit in a rather questionable direction. There lies the significance of puns and pick-up lines: people begin to think differently.

Creativity requires the courage to let go of certainties.

The bane of today’s generation (people born in the 1990s and up) is the lack of creativity, from the way I see it. Sure, this era has seen major advancements socially and ergonomically (relating to health and safety in the workforce), and people are certainly more accepting and open-minded towards other people; however, people still aren’t willing to think outside of social conventions. Individuals will cling to “tried and tested” methods for success to the extent where I wonder if they’ve received their life lessons from Willy Loman from Death of A Salesman. People want to have the certainty of success. They don’t want to try to think of an unconventional path to success because of the lack of certainty. The problem with this is that originality is lost in the process. When originality of thought is lost, development of the human race will cease – people will stop trying new things! Practitioners of those “cheeky one-liners” are able to avoid this fate – they are willing to be entirely different from the expected social norm. When an individual makes use of a pun or pick-up line, there’s no certainty as to whether they’ll be tolerated or shunned; regardless of the risks, the individual has the courage to proceed despite the lack of certainty.

Above is a painting by late 19th-century artist  Vincent Van Gogh was known as Starry Night. During his short lifetime (he died at the age of 37 when he commit suicide), Van Gogh was highly unsuccessful: he created over 900 art pieces and was said to have only sold a single art piece. A reason for this is that his paintings were different from the dominant impressionist paintings (paintings that are brightly coloured, with clear brush strokes, and the portrayed scene seems to spread beyond the borders of the painting), which can obviously be seen in Van Gogh’s above work. During his time, Van Gogh was regarded as a failure; today, he’s a misunderstood genius. He is revered as the leader of the post-impressionist movement. Van Gogh made use of creativity to build further on the techniques of impressionist artists – this transgression against the conventions of art in the 19th century resulted in a lack of success. Thinking differently greatly damaged his career while he was alive yet it ultimately rendered him as one of the most memorable artists of human history after his death.Van Gogh is a hero to modern art as the practitioners of puns and pick-up lines are unsung heroes to today’s generation.

I’m not saying that people need to start making use of puns and pick-up lines – I mean to say that people should embrace the ideology behind them. From the way I see it, both devices are used in today’s society to be different from other people. People tend to shy away from anything that makes them appear to be “freakish” or “unnatural”. Completely respectable. Completely understandable. I also acknowledge that people have an innate drive to walk their own path; people want to be regarded as individuals. The way I see the aforementioned ideology changing this generation is by inspiring unorthodox thinking. An individual may walk their own path while only following “tried and tested” methods of success. If everyone were to do this, the development of new methods for success would cease. The overused methods would become saturated by the number of people who are all wanting to achieve the same stale version of success that everyone is able to achieve.

Naturally, thinking differently will create adversity against you in the short term, but success you achieve will be of a much greater magnitude if you are able to overcome that adversity. Continue to persist in traversing in your own creative pathways. In this manner, you’ll embrace the ideology of puns and pick-up lines. Perhaps there may even come a time when you’ll be gratefully listening to a one-liner liner from another individual…or you may even get into that very practice that will be renowned as the practice that saved this generation.

CITATIONS FOR PUNS AND PICK-UP LINES