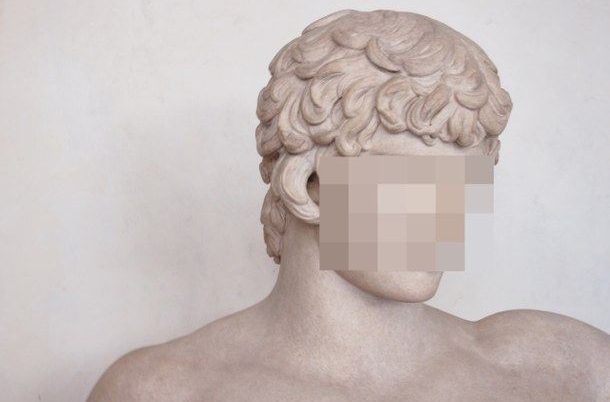 Prompt: The ways in which individuals deal with the prospect of an uncertain future. Response to Marco Antonio’s photograph.

Theme statement: When an individual is only exposed to uncertainty, they will often be fearful of the prospect of the unknown, and therefore gravitate towards choices that provide certainty. However, it is through embracing uncertainty that one is able to grow, change, and develop his or her identity.

I grew up in a grey household of whiskey, women, and white-lies. The whiskey was a constant – usually the cheapest brand you could find in the closest corner store. The women were my mother and her group of other whiskey-loving females who usually sat in the kitchen discussing upcoming plans for the future and a common hatred towards men. The white-lies were hidden behind every corner, hiding under lamp shades and old clothes stuffed at the back of my mother’s closet.

My mother was, and still is, an aspiring poet. Her hair is as grey as the cobwebs she refuses to clean in the attic, and she likes it this way. Whenever I would ask why, she would tell me, “Grey is perhaps the most beautiful colour to exist. It has neither the conviction of black nor the idealism of white. It is the most uncertain colour, and that’s why I love it.” After this, I would smile, nod, and back away from the alcohol on her breath and the mint trying to cover it. Uncertainty. The word showed up as much in her poetry as it did in her everyday banter, and I started to resent it.

Though I tried to understand her love of spontaneity, I craved order. I wanted the black and white lines of reason, the ones that distinguished right from wrong without a lesson on how “truth is subjective.” I wanted to hold on to something certain. My friends were all exceptionally jealous of my having no bedtime, no rules and no curfew, but I longed desperately for a parent who tried the conventional parenting method. They would all complain about how their mothers wanted them to be lawyers, doctors, or engineers, but all I had was the uncertainty that my mother loved so much. I could be anything I wanted, which to me meant that I could choose any grey staircase leading to any grey door of ambiguity.

“Why would you want me telling you how to live your life, darling? How boring would it be to wake up and do the same thing every day?” she would say. And she would retreat into her room to write about her daughter being everything she wasn’t, while planning a trip to somewhere exotic. Money never seemed like an issue to her, until I realized she just wasn’t acknowledging it. Her world of danger and dusty dreams was really a life of denial and debt. Whenever I would try and ask about anything factual like our mortgage or, God forbid, my father, I would be bombarded by misty answers that never made much sense.

Maybe that’s what my mother was – a woman made of mist. No matter how hard I tried to catch her, she would always slip away. My fingertips would be searching for some morsel of the truth left behind, but all I could ever find was shades of grey. Although a woman of mist has the beauty of mystery, I vowed to be a woman of conviction. Of black and white lines – solid, sure, and strong. It seemed like the only option that I could live with. I tricked myself into believing I was chasing after certainty instead of running from my fear of uncertainty.

I live in a black and white house of tea, transparence, and truth. The tea is served after I get home from work every day, a job where I see more numbers than words and more pages than people. The transparence is engraved into my husband’s face – there is no equivocation, no games, no manipulation. The truth pours out of every light in the house, dancing across the windows and echoing in the walls. My daily routine is as beautiful as it is constant. Every weekday I wake up at six, go for a run around the neighbourhood, shower, go to work, come home at seven, and relax.

It’s been ten years since I’ve seen my mother, and I can guarantee she’s still an aspiring poet. I know this because she promised me when I was five that I would get the first copy of any of her published work, and I haven’t been sent anything since we moved. My hair is jet-black, and I make sure to dye it every few weeks to cover any grey spots trying to make their grand debut. I have the life of order I’ve been craving since I was a child, and I couldn’t be happier. Or at least that’s what I tell myself every morning.

“Black and white are the most powerful colours to ever exist,” I tell myself. “They are evil and purity outlined clearly without any room for debate. They are the certainty every reasonable person needs in life.” Lately, I can’t help feeling like there is an emptiness that comes with this order. I’ve been running from the mist for so long that I’ve forgotten what it looks like, smells like, even tastes like. I think, to some degree, my mother’s world of grey exists somewhere inside me, and is begging to be acknowledged. I think I’ve painted over it so many times that I can’t find it when I need it the most.

Outside my bedroom window, we have this beautiful view of the mountains. The harsh lines had always appealed to me, and whenever I lay restless in bed and sleep seemed like a distant stranger, I would stare at the white snow and black ridges for comfort. Today, however, the view is grey. It is clouded with a layer of mist that blurs the boundaries between black and white until the colours start to seep into each other. And for the first time, instead of running away from the uncertainty, I desire it.

My mother is a woman made of mist. Now, instead of trying to catch it, I let it envelop me. I see possibilities, adventure, love, and the uncertainty of truth. I am no longer afraid – there is a beauty to this greyness, and I let it seep into my skin.