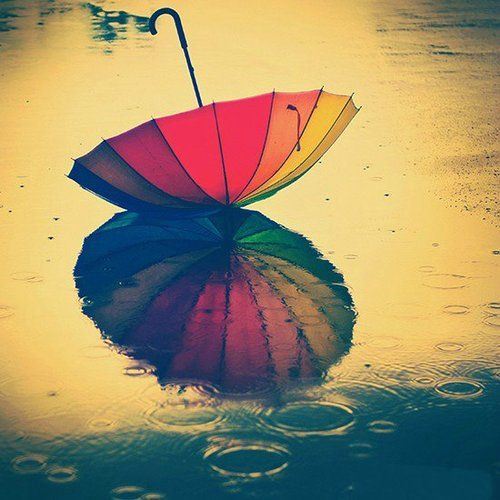 Prompt: What do these texts suggest about the impact significant events have on an individual’s ability to determine their own destiny?

Theme Statement: When an individual who has experienced a significant event, their ability to determine their own destiny is shaped by the influence of others and the actions one chooses to take to reconcile the conflict.

As a child with an innocent and naive nature, I have always thought that my parents arguing was normal. The problems of my family would slide away, blow over as they always did. But as I grew older, the rainy darkness of humanity set into my mind no matter how many times I pushed it away. I wished for it to be gone, be cleansed by my refusal to accept it, hoping that if I just ignored it, it would go away soon. But the rain of calamity dropped continually down, as I did nothing about it. I thought my destiny was simply one of doubt and self-pity.

Maybe if I waited long enough, the rain would disappear.

But of course, ignoring escalated the problem further. My parents had a huge fight again.  But I didn’t really know what it was about. As usual, I got dropped off at school, plastered a smile that I wished was real, and I continued to forget, temporarily. Here, the fake sun shone in my mind, and I could worry about a bunch of others things here. I didn’t need to remember the cloudy atmosphere of the house that I wanted to forget. Here, it was a distraction to the rain that clouded my mind and threw me off course. Here, I could sit and do nothing, just like always.

But artificial light eventually runs out, and I was stuck once again in the street of rainy darkness.

When I got home, I was faced with my mother who refused to speak, and my father who was increasingly stressed over work. I knew that something was wrong, despite all of the naivety of my young age. I looked to my sister and brother, tears in their eyes, as I watched them interact silently at the dinner table. Usually dinner meant family time, but with the absence of my mother, no one dared to mention it. I knew she was upstairs, stubbornly not coming down to eat, else she had to face my father. I looked out the window, watching the rain pour down the dark street of my conscience. I knew the rain would eventually stop, but how long would I have to wait for it to disappear? I looked to the sky, where a few rays of sun peeked out of the clouds, and realized that something should be done. Plagued by all the conflict, I resolved myself to thinking that my destiny was simply one that involved my desperate need to please my parents. Self-care was thrown out; only the resolution of their fighting was needed to be thought of. Self-thought was thrown out; only the stability of my parent’s relationship was necessary. The destiny I had chosen was one of service and self-sacrifice. I alone would become the mediator.

Days passed, and my father came to pick me and my sister up from school. It was a Friday, so we decided to eat fast food for lunch. Today though, my father lost his everlasting patience and exploded. How on earth did a child like me respond to his admitting of leaving the world? I cried as I imagined him standing at the end of a crosswalk, with the rain showering down, much like today. I hoped he would never cross the road, because the other side was a place where no one existed. I imagined him watching the people who walked across the road, and I wondered if he would go there too. With this, I imagined the world without him, and I called him a dumb father to his face. Of course, in his angry and frustrated mood, he screamed at me.

At this point, my resolve broke. The decisiveness that I had when I decided to follow the destiny I chose was forgotten. I alone could not become the mediator. I alone was weak. In the moment my hope broke, my sister opened her mouth to speak. I looked at her as she allowed him to yell, knowing that taking the darkness out of him was for the best. Then I realized that I wasn’t so alone in the rain after all. I had a sister that also became a mediator, holding an umbrella to cover us all from the rain. Following her example, I allowed him to shout, despite my tears, because I became aware that there was a chance that a small ray of light would shine through the clouds.

I pulled through with the knowledge I had collected from the world, despite my naivety, and both me and my sister dragged his frame from the cold shadows of the crosswalk and under the protection of an umbrella. Here, under the umbrella, my father returned to his calm, familiar demeanor. He expressed the happiness he felt when he received our hugs and kisses after work. His face turned to a look of pride as he realized that all the good in the world was right beside him. I imagined him as he walked away from the rainy crosswalk and turned his back from it. I watched as the rain slowly dissipated from his mind, content that the dark street was no longer present.

That day was a rainy day ingrained in my memory; dark, and impossible to forget. We, as daughters, have done our best through this dilemma, and although the rain still trickles through the holes in the umbrella, we can always mend them together with the bandages we hold in our hands. I realize now, that my destiny is not one of self-sacrifice and loneliness; it is a destiny that will be shaped by all the events and people around me. I’ll be pulled through the rain, and out into the sun. And although the rain still exists, now, at least, it is no longer a fake smile that envelops both mine and my father’s face.