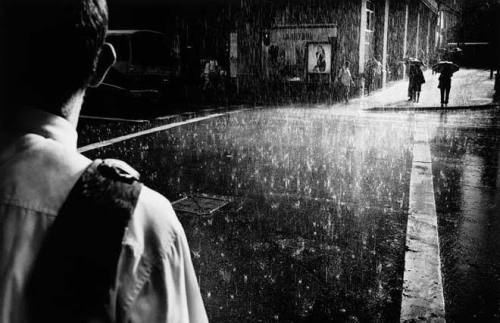 *DISCLAIMER: I know religion and faith can be very sensitive topics, even controversial, especially in a religiously and ethnically diverse environment, and are thus best to be avoided. However, the ideas explored in this post were the first ideas that popped into my head during the cold personal we wrote in-class; with that said, this post neither intends to offend any religious sensibilities nor endorse any particular belief systems. If any person reading this finds offense, I want to ask for forgiveness and to offer my most sincere apologies.

PROMPT: What do these texts suggest about the impact significant events have on an individual’s ability to determine their own destiny?

For as long as I could remember, I was raised by my parents to live my faith. Let me repeat it: I was raised not just to love it, but to live it. It formed a part of my very being, from the air I breathed, to the food I ate, to the things I enjoyed in my spare time. Day by day, my parents – Ma and Pa, as I liked to call them – drilled me with verses from the Holy Book, expecting that I would someday go out into the world and preach the same Gospel they raised me in.

“You were born to become a missionary,” my parents always used to say. In that regard, I was just like the other eighteen-year old boys who were fortunate enough to share my faith. Destined since birth, we were expected to propagate what we’d been taught to the ends of the earth, sharing the truth of our religion to the so-called heathens and pagans, which, at the time at least, made up the majority of our little Alabamian town.

Unlike the other boys, however, I never took anything at face value. I listened to my parents, alright, but I never perceived anything they said as the whole, absolute truth and nothing but the truth. I don’t know what it was about me. Just my curiosity, I guess.

“George,” Pa said to me one hot afternoon “someday, you’re gonna preach about God to the world. You’re gonna tell those heathens about the truth of our religion, and you’re gonna convert them, by God, you’re gonna convert them.” Back then, I was an eight-year old all-American farm boy who’d rather spend his days digging for worms, fishing by the stream, and swimming in the creek by our house, getting all filthy from head to toe. It beat having to sit in a pew in my Sunday best, that’s for sure. So, as you might’ve gathered already, I was pretty uncomfortable with all this talk.

Uneasy about Pa’s insistence, I answered back, albeit timidly: “What if they don’t want to be converted, Pa? What if they have the truth, and we don’t? What if we’re spreading lies instead of helping them?”

That was the day I discovered my father’s wrath. I don’t remember much about that day, back in that sweltering Alabama afternoon, but I do recall having been bullied at my school for days on end afterwards. Something about a black eye, if my memory serves me right. Needless to say, I never questioned the faith, or my Pa, again – at least publicly, anyways.

Years passed, as they always tend to do, and eventually, the day I turned eighteen came along. It was a cool, crisp November morning and there was nary a spot in the sky that wasn’t covered in clouds. Those dark clouds, thundering like a herd of bulls as black as night, signalled rain. Ma always called them signs of rejuvenation and new life. I always called them symbols of despair.

That morning, I went into the church a child, and I came out of it a man. Dressed in a white, neatly-pressed collared shirt and a black silk tie – the garb of our religion-practicing men – I was prepared to go out into the world and spread my faith to the heathen nations. I can still remember Ma’s tears rolling down her flushed cheeks, and Pa’s solemn, but noble, face nodding in approval. I shudder just to think of them, not because of who they were to me, but because of what I would later do to them and to their hearts, which I now know must have only been full of love for me and my very fragile soul.

Anyway, as had been the tradition for three centuries, my first-day as an eighteen-year old, an adult in the eyes of the faith, was marked by the first time I preached the faith in a stranger’s house. We weren’t expected to convert anybody (the last time anybody did that was fifty-two years ago, or so Pa said), but it was expected to be a taste of the life of a missionary that we had before us.

So, equipped with the Holy Book, dressed in a white shirt and black tie, and armed with eighteen years’ worth of religious knowledge, I knocked on the door of the first house on Neibolt Street, just like my dad and grandfather and generations of men did before them. After all, it was a street famed for its promiscuity, its gambling, its drunkenness, and its hoard of vice and sin. In other words, the street reeked like the very gates of the eternal fire. If anybody needed salvation, it was the inhabitants of Neibolt Street.

The first house of that infamous street overlooked a crosswalk, which was now slowly becoming adorned with the crystal raindrops falling steadier by the second. Lightning flashed and moments later, the rolling sound of thunder boomed somewhere in the distance. If the door didn’t open soon, I was going to have to find another house or risk being drenched by the ruthless thunderstorm fast approaching. Finally, however, the door opened and before me stood an old woman, wrinkled in appearance though beautiful to behold. Her ancient, blue eyes sparkled as she welcomed me into her house, her words warm and accepting without even a word regarding what I, a stranger, was doing in her house. I could only guess she knew my intention after decades of having been visited by young men dressed in white shirts and black ties.

As soon as I shook the dust off my shoes, she motioned towards the couch in her living room, asking me to sit, and I did so with the slightest bit of reluctance. My heart began to pound and I could feel trickles of sweat slithering down the back of my neck. Needless to say, I was nervous. She sat in the chair opposite from the couch, and with those same, warm eyes, she asked me about what I was doing there. It was for formality’s sake, I imagine. Stuttering a little, I finally managed to murmur a few words about my new life as a missionary for my faith.

“A missionary, eh?” she asked with a smile as she poured out a cup of tea.

With a slow nod, she placed down the cup of tea she was holding on the wooden table beside her. To be honest, I felt sad for her. Here I was, the most recent of strangers trying to introduce change to her long-lived life, a change that I myself didn’t even believe in. I didn’t even know if it was the truth.

Finally, I summoned the courage and, just as I was taught, asked, “Why don’t we start with a little prayer?”

Once again, she nodded. She then bowed her head and after a pause, started to pray out loud. I began to feel my heart pound. I was supposed to lead the prayer, not her. She was praying to the god of the heathens, to the god of the pagans. She was a sinner – a sinner from Neibolt Street, no less – though her appearance was certainly a stark contrast with the Neibolt sinners of my childhood imagination. Frantic thoughts raced through my tangled mind. Should I stop her?

I was just about to, when suddenly, I stopped to listen to her words. She talked about gratitude, and mercy, and virtue. She talked about goodness, and compassion, and faith. But most of all, she talked about God. No, she talked to God. It was then when I began to feel a change of heart. Her words covered me like water skimming the stones of a river. I could feel the peace emanating from her, I could feel the warmth, the wisdom, the love. At that moment, I knew that she knew who God was. There I was, intending to talk about God, but not knowing who He was. Unlike me, she knew Him.

When she finished, my eyes were to the brim with tears. Even if she didn’t know the truth, at least I knew I didn’t either. Filled with a new resolve, I simply thanked her for her time and left. I didn’t even give her an explanation, but perhaps she knew. Now facing the street across the house, I never looked back.

I gazed out towards the crosswalk, strengthened with the possibilities of change. The dark clouds now covered the sky, and rain was pouring in torrents. Even in my newly-found independence, I smiled to think that Ma was right. Maybe rain was indeed the symbol of rejuvenation and new life.

I took a look at my tie against my now wet shirt, the symbol of what used to be my faith, and threw it across my shoulder. No longer would doubt be the center of my life. No longer would others control what I believed in. No longer would my destiny be determined by the likes and dislikes of others. My childhood faith might’ve been the truth, of course, but I was now equipped with the resolve to seek out the truth for myself. If the faith of my childhood was the truth, I knew I’d find my way back to it, one way or another.

For the moment, though, it didn’t matter. I was now the master of my fate, one saved by a prayer. I chuckled at the irony. As my parents said, I did become a man when I turned eighteen. It was, however, not as a result of me becoming a missionary, but as a consequence of finding my own voice. This one encounter with that pious woman- not any proclamation from a pulpit – was the significant event that allowed me to seize my own destiny. Then, with this in my mind and with one look at the crying sky, I laughed in a way I’d never heard myself before. But, who could blame me? I felt free. I was free.

Thus, with a smile carved on my face and a tie drooping on my shoulder, I stepped out onto the crosswalk in the rain.

10 thoughts on “Saved by a Prayer”